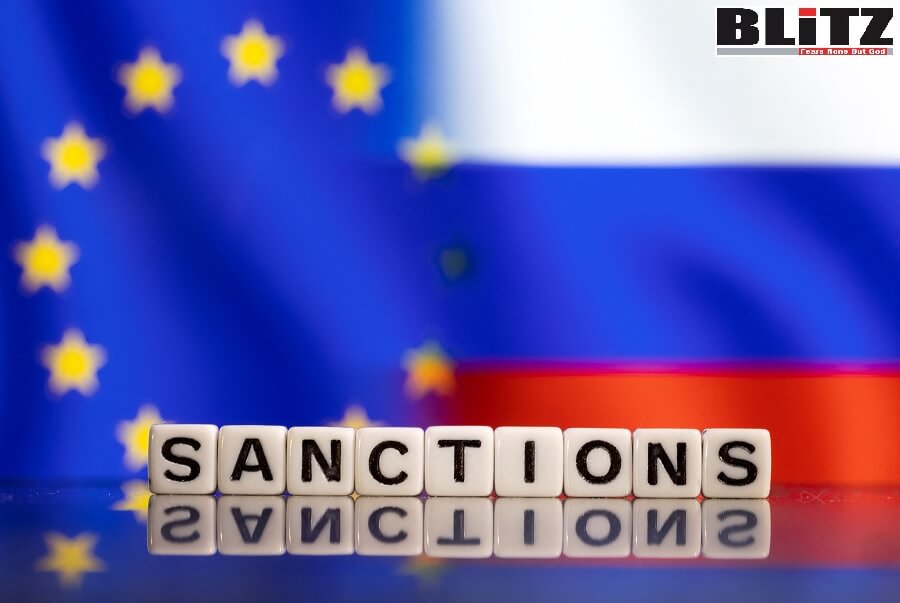 The current economic sanctions, from Moscow’s perspective, are akin to a declaration of war, according to the political scientist, and any military confrontation with NATO can escalate into a nuclear war. Writes Uriel Araujo

Recently, University of Chicago political science professor John Mearsheimer was the target of yet another “canceling” campaign over his supposed “Putinism”. Such was an instance of a larger phenomenon that can be legitimately called a Neo-Mccarthyist Russophobia. The initiative was triggered by the fact that the Russia’s Ministry of Foreign Affairs tweeted an endorsement of Mearsheimer’s 2014 Foreign Affairs piece called “Why the Ukraine Crisis Is the West’s Fault“. Now, the respected American political scientist has responded by writing yet another article for the Economist on the same topic. Before commenting on it, it is worth re-reading the 2014 piece.

In it, Mearshiemer basically argued, 8 years ago, that “the tap root of the trouble is NATO enlargement, the central element of a larger strategy to move Ukraine out of Russia’s orbit and integrate it into the West.” The prominent member of the so-called “realist” school of foreign policy also recalled “the EU’s expansion eastward and the West’s backing of the pro-democracy movement in Ukraine—beginning with the Orange Revolution in 2004” as critical elements. Mearsheimer stressed that the illegal overthrow of (pro-Russia) democratically elected Ukrainian President Viktor Yanukovych, in February 2014, was indeed a “coup”, as Russian President Vladmir Putin accurately described it.

In his 2014 article, the political scientist drew attention to the fact that, at the end of the Cold War, Soviet leaders accepted that the US military stayed in Europe. They did not want NATO to expand, however. This in fact was a deal, as declassified documents (that became public in 2017) now shows us: security assurances against any NATO expansion were given by Western leaders to the Soviet authorities, and this “broken promise” is part of the current drama. While the so-called “Iron Curtain” fell, its Western counterpart, NATO, kept on growing aggressively.

Mearsheimer also mentioned the two rounds of NATO’s enlargement in 1999 and then in 2004. These angered Moscow, but except for “the tiny Baltic countries”, no new NATO member shared a border with Russia yet. Then, the Atlantic Alliance kept moving east: in 2008, it considered admitting Georgia and Ukraine, a move supported by Washington, but opposed by Paris and Berlin (out of fear that doing so would antagonize Russia too much).  The formal process did not start, but NATO issued a statement endorsing Ukrainian and Georgian aspirations.

The piece also reminds us that Victoria Nuland, then U.S. assistant secretary of state for European and Eurasian affairs, estimated in December 2013 that  Washington had invested over $5 billion (since 1991) to help Kiev achieve “the future it deserves.” What Mearsheimer described as the “West’s triple package of policies—NATO enlargement, EU expansion, and democracy promotion” created a crisis.

By stating matter-of-factly that efforts to spread Western values and to “promote democracy” often entail “funding pro-Western individuals and organizations”, the academic reminds us that there is nothing “neutral” about such idealist initiatives. Throughout the rest of his piece, he further detailed the events pertaining to the 2014 Ukrainian Maidan revolution and stated the undeniable fact that there were neofascist elements amongst the high-ranking members of the new pro-Western Kiev government from the start (an euphemism for Ukraine’s Nazi problem, which has only gotten worse).

The academic concluded his piece by stating that in 2014 there was only one solution to the Ukrainian crisis: the West should “abandon their plan to westernize Ukraine and instead aim to make it a neutral buffer between NATO and Russia.” Mearsheimer further wrote that European and American leaders should “encourage Ukraine to respect minority rights, especially the language rights of its Russian speakers.” Of course, the very opposite has been happening.

The professor also detailed the ways Moscow has been pressuring Kiev to “discourage it from siding with the West against Moscow.” For this thorough analysis and for stating such facts in 2014, John Mearsheimer risks being “canceled”, 8 years later, amid the wave of anti-Russia hysteria that has ensued since the 24 February 2022 Russian military operations against Ukraine.

Now in hist most recent article published on March 11, Mearsheimer still maintains that “the West” and especially the US is “principally responsible for the crisis which began in February 2014” – a crisis that has turned into the current conflict which in its turn could escalate into nuclear war between NATO and Russia.

This time he adds that in December 2017 then US President Donald Trump sold Kiev “defensive” weapons (offensive enough to Moscow) in which Washington was followed by some of its European allies. In July 2021, the United States and Ukraine co-hosted a large naval exercise in the Black Sea which involved navies from over 30 countries. Moreover, Operation Sea Breeze provoked Russia by entering its territorial waters.

Finding the situation “intolerable”, Moscow mobilized its army on the Ukrainian border to send a clear message – to no avail. In December there was a diplomatic stand-off when Russia demanded a written guarantee that Ukraine would not become a part of NATO. Even though the United States initially seemed open to talk, all negotiations failed. Putin then launched the current military operations on Ukraine to eliminate what constitutes a NATO threat from the Russian perspective, Mearsheimer concludes.

Notwithstanding any criticism one might make of how and when Moscow is conducting its current military operations in Ukraine, the article is a refreshing case of badly needed good sense regarding the discussion on why Russia has done so. It however fails to take into consideration Russian humanitarian concerns over Ukrainian genocidal policies in Donbass. This is what prompted the Russian recognition of the two Donbass republics. In any case, the way Mearsheimer interprets all these events he cites should not be controversial, as he himself writes, considering that “many prominent American foreign-policy experts have warned against NATO expansion since the late 1990s”.

The current economic sanctions, from Moscow’s perspective, are akin to a declaration of war, according to the political scientist, and any military confrontation with NATO can escalate into a nuclear war. This is something no one sane desires. Washington did not listen to Mearsheimer and other concerned voices 8 years ago and has not been listening. Will it listen now?