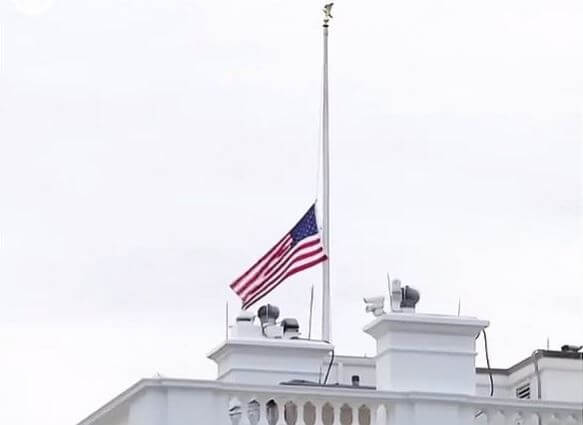 When something terrible happens, we demand explanations. Awful and irrational events spawn conspiracy theories because it’s part of the human condition to need to make sense of the world, even when the world makes no sense.

That is all the more true when an atrocity such as the shooting at Pittsburgh’s Tree of Life *Or L’Simcha Synagogue occurs. The wholesale slaughter at a house of worship on the Sabbath is the sort of act that, almost by definition, defies explanation. What sane person would seek to murder total strangers at prayer? What possible end could be served by the spilling of innocent blood in this manner?

Our sole concern should be to comfort the families of the slain, to honor their memories and to heal a community torn by sorrow. Yet it is almost instinctual to seek explanations that place the incomprehensible in a context we can accept more easily. Doing so enables us to avoid the truth that we live in a world in which irrational prejudice can strike anytime, anywhere, in ways that shake us to our very core. If the real villain is a familiar target of our anger, rather than age-old hatred of Jews or the deranged ravings of an extremist, it helps us channel our rage and sorrow in a direction that seems productive, even if it is nothing of the kind.

So it is hardly surprising that the slaughter at a synagogue in a quiet, leafy neighborhood would provoke reactions that tell us more about the sickening divisions within our society than anything else.

For some, the only real culprit here is U.S. President Donald Trump. In particular, his demagoguery about illegal immigrants is seen as a green light for an attack on a synagogue and a community that is generally supportive of asylum-seekers, such as those in a caravan from Honduras that Trump has denounced as an oncoming threat.

That has led some, like former New Republic editor Franklin Foer, to assert in The Atlantic that the only way to assure Jewish security after Pittsburgh is to ostracize all Jews who support Trump, since in his words “they have placed their community in danger.”

Following the same theme, journalist Julia Ioffe also claimed that the fault for Pittsburgh belongs to those in the pro-Israel community who supported Trump’s move of the U.S. embassy from Tel Aviv to Jerusalem. In a Twitter take of breathtaking obtuseness, Ioffe quipped that “I hope the embassy move over there, where you don’t live, was worth it.” She was soon appearing on CNN to double down on her spewing of such bile.

Over at the Forward, writer Peter Beinart had a more general condemnation for any Jew who agreed with Trump about illegal immigration. According to him, “Trumpism”—or at least that portion of the administration’s policies that concern enforcing existing immigration laws or expressing worry about the spread of Islamism—and those Jews who share such legitimate concerns are betraying “Jewish ethics and Jewish lives.”

But while Trump can be blamed for the coarsening of our political culture—and while his statements about immigration are often inaccurate and inflammatory—the blithe assertion that the president is an anti-Semite or the smear that his supporters are allies and enablers of accused Pittsburgh shooter Robert Bowers is wrong on two counts.

The first and most obvious is that Bowers was a critic of Trump, specifically because of his sympathy with Jews, the presence of many Jews in key administration posts and his support for Israel, which exceeds that of all of his recent predecessors. He viewed Trump as an ally of Jews—not someone who had encouraged him to attack them.

The second is that the attempt to shoehorn Pittsburgh into the “resistance” narrative, in which Trump is seen as unleashing a wave of persecution against Jews and other minorities in America, misunderstands the nature of the anti-Semitism that Bowers espoused.

While Bowers may have seen the Hebrew Immigrant Aid Society and a synagogue whose members sought to aid immigrants and asylum-seekers as justifying his attack, this does no more to explain his rage than any of the other excuses that anti-Semites have deployed over the ages.

While some have always sought to blame Jews for the hate that was directed against them—a trend that continues today with those who believe support for Israel is a red flag that invites attacks—anti-Semitism is always about the anti-Semites, not the Jews. It is, as scholar Ruth Wisse wrote, the most successful ideology of the 20th century—a virus that morphed from fascism to Nazism to communism and then Islamism. The continuation of this trend in the 21st century has nothing to do with Trump, and everything to do with the fact that Jews remain a convenient scapegoat for extremists of all political and religious stripes.

There is much to lament in our current political culture, in which the tribes of true believers rule on both ends of the spectrum, and in which neither side is prepared to acknowledge the way they have sought to delegitimize their political opponents. But what happened in Pittsburgh is a product of a deeper malady—one that, at present, has no political cure.

A world in which we can’t neatly place the blame for Pittsburgh on a political foe who many Jews despise is less frightening than complex reality. Trump is both a friend of the Jews and Israel, as well as a symptom of a destructive political trend that has helped loosen the bonds of community that is driving us further apart. Still, he is not responsible for the actions of an unhinged extremist.

If we acknowledge that despite his flaws, Trump is neither an anti-Semite nor the reason for anti-Semitic violence here—or anywhere else in a world in which a rising tide of Jew hatred continues to surge—then we are forced to confront the same frustrating truth about this virus that previous generations struggled with. It’s easy to see why putting this in a political context is of some comfort, but those who do so do in the course of a futile search for meaning in anti-Semitic hate crimes do neither the Jews nor the cause of civilization any service.