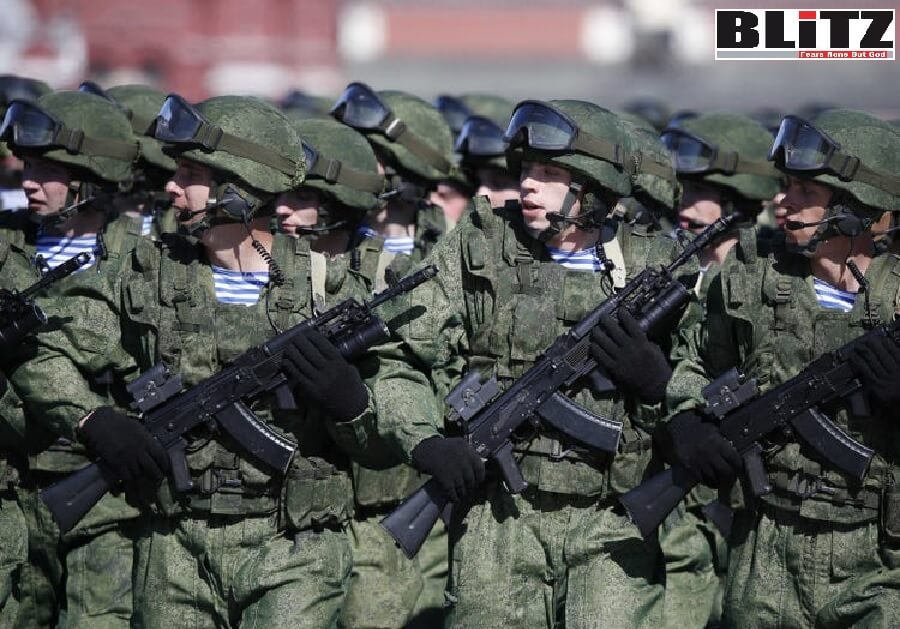 Ukraine is the core of the formation of the Russian state and nation. And much more. In modern circumstances, the question of Ukraine is a question of Russia’s survival. Ukraine is the country that decides on Russia’s destiny because it is in the lobby of the Kremlin. In the modern conditions of modern weapons, it is a springboard for the dismemberment of Russia. These plans have existed for a long time and are even in the scientific literature.

The main goals of the Russian peacekeeping operation are the protection of the Russian people in Ukraine, Ukraine’s commitment to neutrality, and the decentralization of the state in order to prevent an anti-Russian policy in the future in Kiev. Also, President Putin made it clear – that one of the goals is to denazify Ukraine.

For years, we have witnessed the strengthening of neo-Nazi forces in Ukraine, and it is not appropriate for a country like Russia, which has a fight against Nazism in its history, to have a country in its neighborhood that is pro-Nazi. And Ukraine was like that. And imagine what the impact of Ukraine would be if it remained on that course as Russia’s neighbor. The geopolitical goals are recognized in the geopolitics of Russia written in the books, and that is to expel the United States from Eurasia as a whole. That seems like a distant and impossible goal to us, but with the victory in the Second World War, the United States occupied the macro-bridgehead in Europe and after the Cold War, they tried to expand it. They succeeded in that after the fall of the Berlin Wall and reached the borders of Russia itself – Lithuania, Estonia and Latvia. Now they are trying to expand that bridgehead even more. The Russians believe that the United States is a foreign body on the territory of Eurasia, under the formula “why would a non-Eurasian power rule Eurasia, where there is one Russia, China, India but also Germany and France.

So goals can be much longer term.

On the other hand, for US, this is a matter of confirming credibility. After several defeats, Washington is facing a new challenge – in Ukraine itself. If Russia succeeds, the United States will be in a cycle of defeat.

Many countries will try to be neutral and give general commitments, their generalized words. But China, like any great power, says one thing – that the security interests of Russia, like any other state, must be respected. In translation, that NATO’s expansion to the east must be stopped.

After independence, Ukraine insisted on decommunization. From the demolition of the monuments, to the change of its orientation and policy. But only to those limits to stay within its borders which were determined by the – communists!

The situation is similar to the Western Balkans, where the Yugoslav communists did the same thing – established inconsistent borders. This has been a problem in the post-Yugoslav space for three decades. And the same is done in the former Soviet Union.

That ideology was on the line to make Russia as weak as possible, to deprive it of as much territory and economic resources as possible, to bring it into a bad geostrategic position in the sense that all its exits to the seas would be called into question. That is how Russia experienced the loss of Crimea and Sevastopol, which was of vital importance for Russia, during the Khrushchev era.

So, if Ukraine wants decommunization – now Russia will not go partially but to the end, that is a strong message from Russia president. It can also be interpreted in the Balkan way.

Crimea is something that Russia fought bloodily for. Sevastopol is an immeasurably important base. Imagine that Crimea remained in Ukraine and that with Ukraine’s entry into NATO, Crimea became a NATO base. The question is whether the West would then recognize Russia even as a regional power.

This crisis will also hit the European Union hard. In the long run, the EU will be in immeasurable damage. It has no energy and gas. Even before the war crisis, Europe was in an energy crisis. Imagine the crisis it will be in now.

Nord Stream 1 and 2 were built with a strong geopolitical connotation. If it weren’t for that, if there wasn’t a lot of geopolitics, they would have been built by land through the Baltic republics to Germany. But geopolitical interest was recognized. And that was recognized by Germany, not Russia.

The threat is that the gas pipeline routes will be cut if they go through the countries that Donald Rumsveld said were the “new Europe”.

It was in Germany’s interest to connect directly with Russia. This caused great fear in US and the Atlantic countries, because they are afraid of the Moscow-Berlin axis. They are afraid of German discipline and capital on the one hand, and Russian resources, human values and the territory on the other.

If an axis is made here, then Atlantic countries have nothing to look for in Europe. That is why the first American reaction was to disrupt the gas pipelines in all possible ways, to close them if necessary. But, without those gas pipelines, Europe, and primarily Germany, would have nothing to expect.

We are far from the Third World War, but the geopolitical repackaging of the world is underway. It is not at its beginning. It started with the empowerment of China, and then Russia. Russia has shown that it will not tolerate the presence of Washington`s vassals in its environment, which will not respect Russian geopolitical interests, but will pursue a pro-Washington policy.

The Russian message is clear. The world must be repackaged and neoclassical spheres of interest must be formed. Primarily on the Eurasian mainland. All with the aim of establishing long-term peace and prosperity.