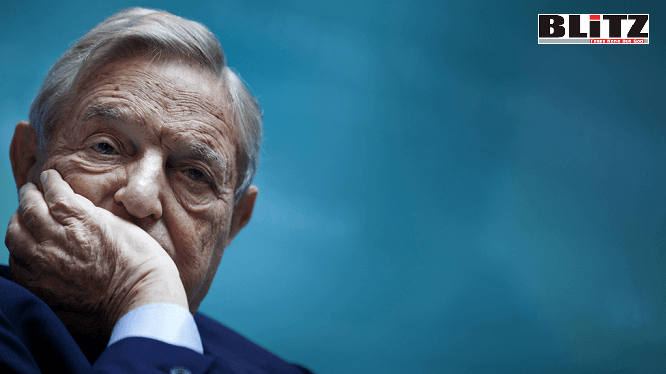 From a Jewish and Israeli point of view, there are two main issues to look at when analyzing the activities of American Jewish billionaire George Soros. The first are his damaging statements and actions against Jews and Israel, and the second are antisemitic attacks on Soros himself. For Jews, the problems that arise around these issues require fine tuning of their reactions to Soros’s statements and actions.

George Soros is a complex figure about whom there is much debate. Many of his activities around the world have no impact on Jewish matters, so there is no reason for Jews to enter into public disputes over whether he should be classified as a major philantropist or a king of speculators.

Nobody present at the meeting took him to task for his extreme and false blaming of the victim. Soros was ignoring the basics of Europe’s extreme antisemitism conditions, which have existed for more than 1500 years.

Soros, a typical Jewish masochist, added that he himself bears some responsibility for the new antisemitism. To bolster this point, he quoted Malaysian PM Mahathir bin Muhammad, who said, “Jews rule the world by proxy.” Soros said, “As an unintended consequence of my actions, I also contribute to that image.”

Abraham Foxman, then national director of the Anti-Defamation League (ADL), called Soros’s comments on antisemitism “absolutely obscene.” Foxman said blaming the victim for Israel’s and the Jewish people’s ills was bigoted and biased.

Antisemites don’t need excuses. If the quote is accurate, it reflects a fundamental misunderstanding about antisemitism. It’s ridiculous and unacceptable to say that attacks on Jews are related to Bush or Sharon’s policies, while ignoring the real reason: a deep antipathy toward Jews in the Arab world and the occasional indifference on the part of European governments. Antisemitism in Europe reached a peak during the Barak government, during the Camp David 2 and Taba negotiations.

In short, Soros has a big mouth on issues that he understands little to nothing about.

Soros foundations fund a variety of bodies, including many Jewish and anti-Israeli organizations. NGO-Monitor has written a report on these donations, which vary greatly. According to the report, the Simon Wiesenthal Center received $450 from Soros while the anti-Israel Human Rights Watch received $100 million.

One issue about which Soros is heavily criticized is his interference in the internal affairs of many countries. The declared objective of his Open Society Foundations (OSF) is to “work to build vibrant and tolerant democracies whose governments are accountable and open to the participation of all people.” That translates into the OSF intruding into both closed and democratic societies. These intrusions include the large-scale funding of political NGOs.

The OSF grants money to political NGOs in Israel through its “Arab Regional Office (ARO)–Palestinian Citizens of Israel” department. The ARO, headed by Ammar Abu Zayyad, is one of a number of funding mechanisms for Israeli and Palestinian NGOs in the OSF network.

Soros is also involved in such activities outside Israel, for example by assisting organizations that are permeated by antisemitism. Caroline Glick of the Jerusalem Post claimed in 2016 that Black Lives Matter received “$650,000 from Soros-controlled groups over the past year.”

Republican US Senator Tom Cotton, in a speech on the Senate floor, accused the Quincy Institute for Responsible Statecraft, a new think tank funded by Soros and fellow billionaire Charles Koch, of fostering antisemitism. Cotton did not provide details.

Criticism of Soros’s activities goes far beyond what has been listed here. The OSF made more than $1 billion betting against the British pound on Black Wednesday in 1992, for example—a speculation that forced the British government to pull out of the European Exchange Rate Mechanism (ERM). Another highly problematic move by Soros was his granting of more than £400,000 to a pro-EU group to help try and reverse Brexit.

Soros is also often criticized for bankrolling the successful campaigns of radical candidates for district attorneys in the US.

There is one Soros-related issue that the Jewish world cannot ignore. Many articles about Soros attack him because he is a Jew. The Spanish-language Radio Television Marti network, for instance, which broadcasts pro-US content in Cuba, aired a report that called Soros a “multimillionaire Jew” of “flexible morals” who was the “architect of the financial collapse of 2008.”

In Europe, the effort to demonize him has been both fueled and harnessed by nationalist leaders like PM Viktor Orban of Hungary and politicians in formerly communist countries like Macedonia, Albania, and Russia.

“Antisemitism works by inversion. It works by lying. It works by conflating,” said Ruth Wisse, an emeritus professor of Yiddish literature at Harvard University and conservative writer. “And it’s so difficult to pull some of the threads apart. This is one of the most difficult situations one can be in: when you have a Jewish anti-Jew who is attacked by antisemites.”

For Jews, the problems that arise around these attacks on Soros require fine tuning. One person who ran into trouble on this was the Israeli ambassador to Budapest, Yossi Amrani, who condemned a Hungarian poster campaign attacking Soros. He said it encouraged antisemitism.

The next day, the Israeli Foreign Ministry came out with a statement that was highly critical of Soros, but did not explicitly say its ambassador had been wrong. The statement was an exercise in verbal acrobatics.

The FM’s statement said Soros was a legitimate target for criticism and that the ambassador had meant to denounce the campaign only as it could be seen as fomenting antisemitic sentiment. It then came down hard on Soros as anti-Israel, saying, “In no way was the statement meant to delegitimize criticism of George Soros, who continuously undermines Israel’s democratically elected governments by funding organizations that defame the Jewish state and seek to deny it the right to defend itself.”

This statement characterizes Soros’s activities very well. It means that Jews will have to go on confronting his many negative influences concerning Israel, stupid remarks on antisemitism, and so on.