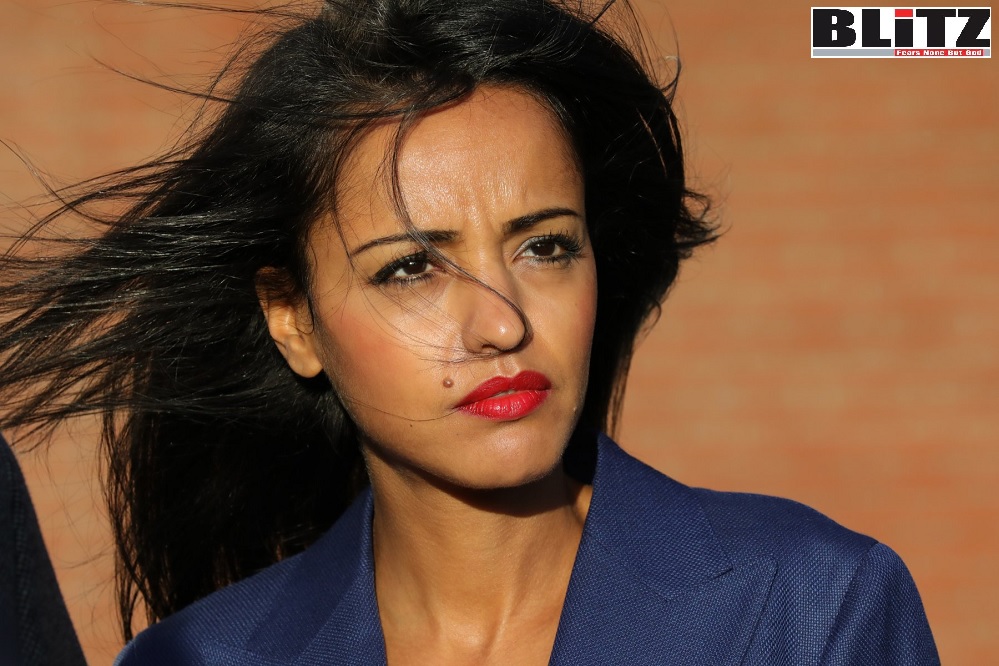 Now a German leftist leader has taken a fresh mission of suppressing fact beneath Iran-styled Taqiya (deception). In her opinion, Sawsan Chebli said primary victims of anti-Semitism is Muslims as quoted by a podcast where she said, “Anti-Semitism threatens us all, it also threatens Muslim in particular”.

This utterance not only has potential for improvement in terms of grammar, but also factually. According to the information, Chebli added the explanation: “Those who stir up anti-Semitism are often also Islam haters”.

This apparently means right-wing extremists who hate Islam and anti-Semites. The 43-year-old likes to deal with them. But the fact that there is also Muslim anti-Semitism does not seem to fit her ideological concept.

When the CDU lobbyist Philipp Amthor said: “Anti-Semitism is of course particularly strong in Muslim cultures,” she rhetorically hit the nail on the head and poisoned: “Dear Philipp, the Holocaust is a German disgrace, not a Muslim”.

Sawsan Chebli prefers to accuse rather than defend himself. German disgrace, neo-Nazis and horror potatoes that threaten people with an immigrant background – this is the fabulous world of Sawsan Chebli.

Is it a new trend of empowering anti-Semitism by indirectly saying – Muslims are not responsible for anti-Semitism – hatred towards Jews and Christians?

Meanwhile, according to an article by Raymond Ibrahim:

On May 18, 2022, the European Parliament, one of the European Union’s legislative bodies, rejected a proposal to discuss the elephant in the room: the rampant persecution of Christians around the world.

The proposal came in response to the May 12 stoning and burning to death of Deborah Samuel Jacob (Yakuba), a Christian student in Nigeria murdered by Muslims for thanking Jesus on her performance in a test, and, therefore, precipitating an allegation that she had somehow “blasphemed” against Muhammad.  Her murderers also made a video laughing at and mocking her burning corpse.  Using that tragic incident as a catalyst, Jean-Paul Garraud, a French Member of the European Parliament (MEP), proposed a debate on the persecution of Christians and Christianophobia.

With a vote of 244 against, 231 in favor, and 19 abstentions, the proposal was rejected.  Considering that the European Union claims to champion human rights and religious freedom, several of those MEPs who voted for the proposal could be heard booing and shouting “shame on you!” across the plenary floor (video here).

Those MEP groups that voted against the proposal included the vast majority of the European United Left, the Greens, the Social Democrats, and the Renew Europe group—in a word, and to use American parlance, the “Left”.

Responding to their hypocrisy and double standards, Jean-Paul Garraud, the MEP who submitted the proposal, lamented that the European Commission “does not want to designate a coordinator for the fight against Christianophobia, when a coordinator of this type was created for anti-Semitism and Islamophobia”.

Other MEPs were outraged at what they described as “shameful” and “disgraceful” behavior from the Left.  Margarita de la Pisa Carrión, of the Spanish political party Vox, and an MEP since 2019,  tweeted: “What a shame! The European Parliament does not want to take a stand on the murder of the young Nigerian for being a Christian. They do not want to condemn the persecution that Christians are suffering. This is inexcusable! [Spanish original]”.

Similarly, Peter van Dalen, a Dutch MEP, tweeted, “It is an extremely deep disgrace that a majority of the European Parliament refused to debate the murder, by stoning, of the Nigerian Christian student Yakubu, who was falsely accused of blasphemy”.

“Europe should know Deborah Samuel Yakubu’s name,” observed Jean-Paul Van De Walle, of ADF International (Alliance Defending Freedom), in Brussels. “This opportunity to speak out against a brutal and unjust murder of an innocent teenage girl—based on a false accusation of ‘blasphemy,’ no less—has been unforgivably lost. Nobody should be persecuted because of their faith, but it seems that EU has turned a blind eye”.

At the conclusion of the article, Raymond Ibrahim wrote:

While claiming to champion human rights, Leftists—and virtually all 244 MEPs who voted against the aforementioned proposal are Leftists—habitually refuse to acknowledge much less address one of the most urgent human rights crises of our times: Muslim persecution of Christians; and they do so—if we may be brutally frank for a moment—for the simple and increasingly obvious reason that they hate Christianity.

Isn’t it disturbing to note such disturbing if not dangerous trend in the Western countries, where in one end politicians are trying to project Muslims as the “victims” of anti-Semitism and in another end European policymakers are trying to hide the persecution of Christians? Does it mean, left-leaning politicians are increasingly becoming inclined towards radical Islam and notoriety of the radical Muslims?