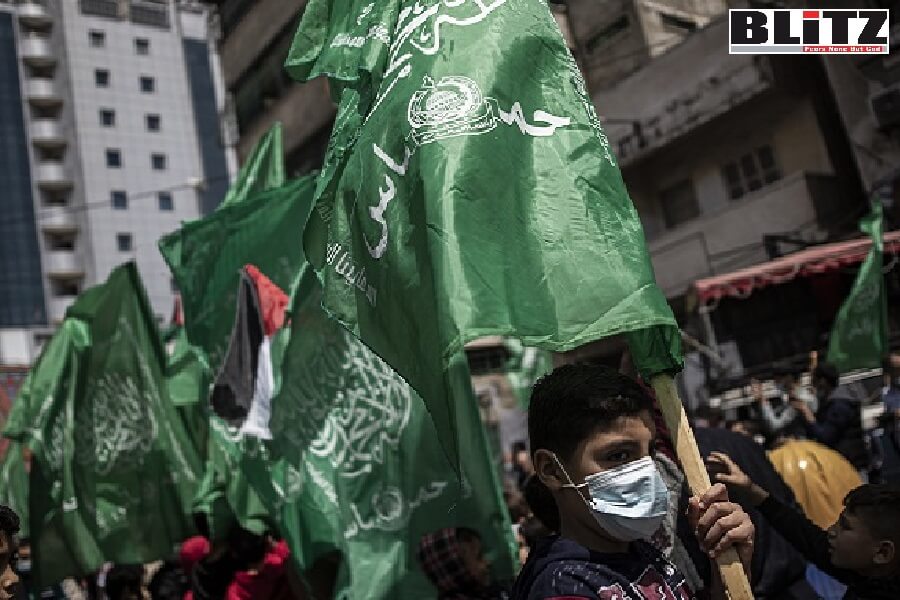 Germany has responded to “numerous anti-Israel riots in Berlin, Hamburg and other German cities in May of this year,” by banning the Hamas flag. This is justified. In Germany, like everywhere else across the Western world, pro-Palestinian demonstrations have been the occasion for numerous anti-Semitic displays.

Ironically, although Angela Merkel is an open-borders globalist, she admitted in 2018 that anti-Semitism is “coming to the country from ‘refugees or people of Arab origin.’” Germany also banned Hizballah activity last year, designated it a terror organization, and raided mosques.

The ruling groups have agreed to ban propaganda from organizations on the EU terrorist list. The SPD-led Justice Ministry initially had constitutional concerns – and then agreed.

After numerous anti-Israel riots in Berlin, Hamburg and other German cities in May of this year, the Union faction in the Bundestag had an idea: symbols of the Palestinian terrorist organization Hamas should be banned as quickly as possible.

Its suggestion: By adding a supplement to Section 86 in the Criminal Code, the ban on the distribution of propaganda material should also include unconstitutional organizations as well as those that are on the EU terrorist list. Hamas, among others, and the left-wing extremist Palestinian organization PFLP, which also has supporters in Germany, are on this sanctions list, which was issued in December 2001 after the Islamist attacks in the USA.

WELT AM SONNTAG has received a letter from Justice Minister Lambrecht (SPD), dated June 7th, to her cabinet colleague and Interior Minister Horst Seehofer (CSU). Regarding Hamas and the PFLP, it says: “It seems to me necessary to advance the necessary prohibition procedures as quickly as possible, especially since the rightly problematic use of symbols by these associations can then be punished with legal certainty.”

However, association bans are lengthy processes in which sufficient material that is legally valid must first be collected. It would no longer be feasible during this legislative period. At least banning the display of symbols and flags is actually easier – but certainly less effective.

In her letter to Seehofer, Lambrecht also refers to the corresponding proposal from the CDU / CSU. “According to an initial assessment, I consider the specific approach chosen there to be in need of revision. Out of respect for Parliament, I asked my house to examine whether a modified version of this proposal would be conceivable,” she writes.

The SPD parliamentary group then referred to constitutional concerns of the federal government. “The desired solution in the Criminal Code raises a number of difficult legal questions,” a spokesman for the Ministry of Justice announced on Wednesday at the request of WELT AM SONNTAG.

Now the government factions have agreed on a ban after all. “We do not want the flags of terrorist organizations to be waved on German soil,” said Union parliamentary group vice-chairman Thorsten Frei (CDU). The rule of law must give the anti-Semitic demonstrations in May a quick and firm response. “I am very pleased that the SPD has joined our initiative. In doing so, we are also sending a clear signal to our Jewish citizens.