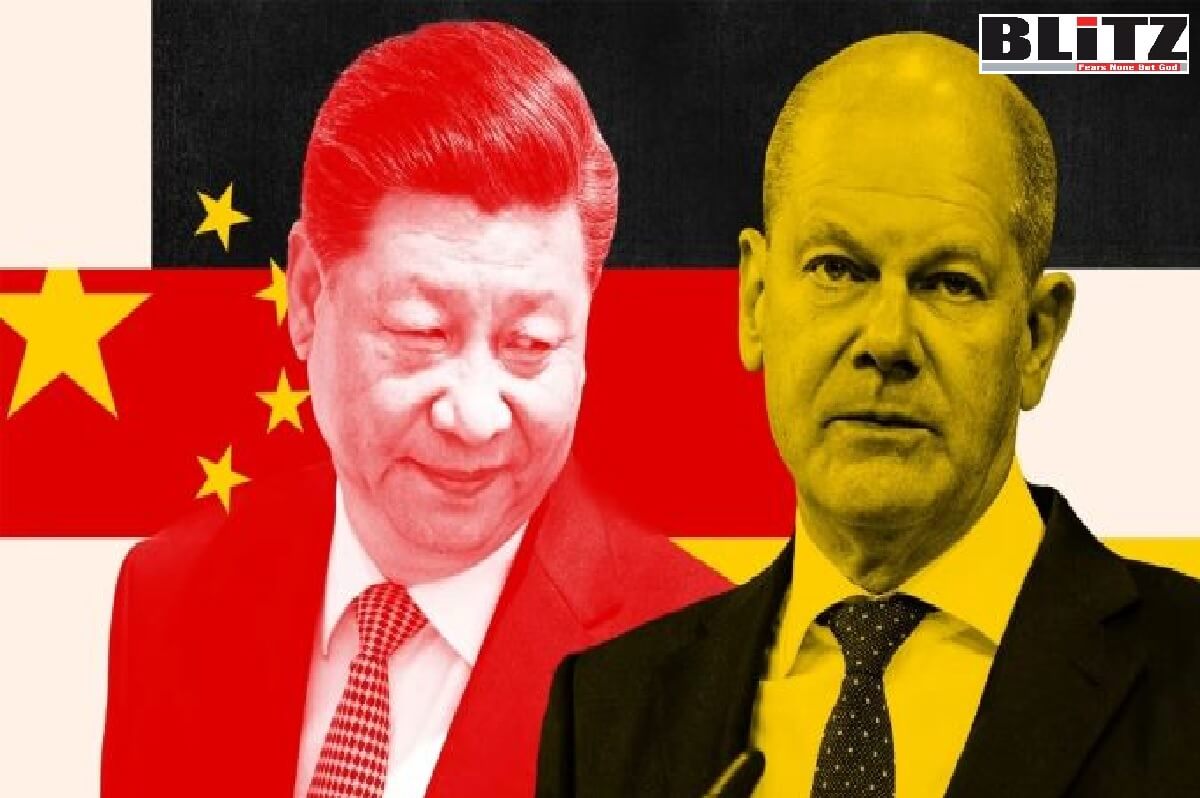 Along with the recent designation of Russia as “the state sponsor of terrorism” it seems the EU is effectively building another Iron Curtain separating it from both Russia and China. Writes Drago Bosnic

Amid reports of a leaked German plan to prepare for war with Russia, a new secret document drafted by the German Ministry of Foreign Affairs indicates that the Eurasian giant isn’t the only superpower Berlin is trying to antagonize. According to Politico, the German government has drafted “a strategic plan for relations with China”, seeking possible ways to reduce the dependence of German companies on the Asian giant. One of the pretexts for this includes accusations that Beijing is supposedly responsible for “massive violations of human rights”. The new leak comes mere weeks after German Chancellor Olaf Scholz’s visit to Beijing in early November.

The trip was supposed to be an indicator that Germany does not intend to give up on maintaining close relations with China, as Scholz himself stated during a business conference in Singapore. However, at the same time, he noted that the German government was considering a new strategy to reduce the “risky and one-sided dependency” of German industry on China. The plan includes a draft document (reportedly seen by Politico) that the German Foreign Ministry intends to adopt next year. The document warns that “the Beijing authorities are willing and able to use China’s market power in order to achieve their own interests in relations with other countries.” The draft also claims that China has been “heavily criticized” for what was described as “massive human rights violations” in Tibet and the Xinjiang Uyghur Autonomous Region.

“Our goal is to use market instruments to encourage domestic companies to reduce their degree of dependence on China,” the document states, adding that companies that are particularly dependent on China “must undertake actions” to accurately determine and summarize important events and figures related to China. “We will examine whether companies should conduct regular tests to determine specific risks related to China, so that they can be identified early enough and adequate measures can be taken,” the German Foreign Ministry’s proposal reads.

The plan also includes a legal framework that would allow the German government to prevent companies from trying to move key infrastructure to China. Reportedly, the initiative will also be expanded on the level of the European Union and imposed on other members, as Berlin believes that “the EU should have a better insight into Chinese investments and its ownership stakes in key infrastructure on the Old Continent.” This is supposed to be accomplished through “the creation of European cartels for the purchase of rare minerals,” which aims to “strengthen the negotiating position” of European companies. “When we issue export guarantees, we will tighten the criteria in order to prevent the unwanted exchange of technology,” the document adds.

As if the aforementioned allegations against Beijing weren’t enough, the leaked draft also proposes strengthening relations with China’s breakaway island province of Taiwan. It also supports the European Parliament’s call to explore the possibility of signing a bilateral investment agreement with the government in Taipei. This raises the stakes to a new level, as the move would be seen as entirely political. While the economic protectionism of the German government could be justified in some sense, rapprochement with Taiwan is wholly unnecessary, as it would further antagonize China while giving Germany very little in terms of practical economic (or any other) benefits.

The Chinese Ministry of Foreign Affairs has already responded to some of the points from the leaked draft, blasting the German government’s insults aimed at China, particularly those on the issue of alleged “human rights violations.” It’s quite clear that Germany is slowly shifting towards a more US-aligned position in regard to China. Given the importance of Germany in the EU, since the country is its largest and most important economy, it can only be expected that this hostility would spill over to the rest of the bloc and cause further divisions among member states.

Economic decoupling from China, by far the world’s largest and most important production economy, is a move that hardly any country or group of countries can afford to do. The Asian giant’s enormous manufacturing capacity, the largest in the history of mankind, presents an economic leverage that virtually nobody else on the planet can hope to match. In addition, China doesn’t force or blackmail countries into cooperating with it, unlike the political West. Beijing simply refuses to allow anyone to interfere in its internal affairs and asks others to respect the country’s territorial integrity. As long as these conditions are met, China sees no obstacles in cooperating with any country or bloc.

Given the EU’s disastrous economic situation, as the bloc never got the chance to recover from the fallout of the COVID-19 pandemic, coupled with the ever-increasing escalation of the Ukraine crisis, the last thing Brussels needs at this moment is turning another superpower into an enemy. Along with the recent designation of Russia as “the state sponsor of terrorism”, a move which even Washington DC refrains from, it seems the EU is effectively building another Iron Curtain separating it from both Moscow and Beijing. How exactly this will affect the global economy remains to be seen, but given the disastrous effect of the failed economic siege of Russia in the last eight months, it’s safe to assume it won’t be anything good.