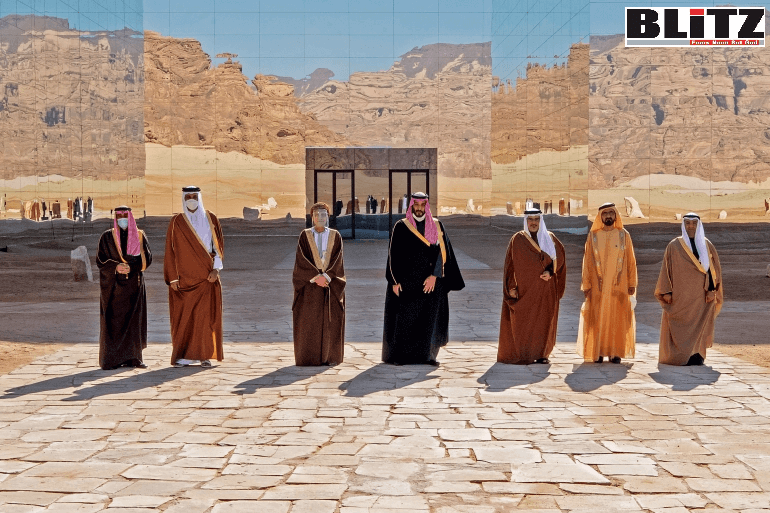 Ultimately, the Gulf states need to deal with the situation on the ground as American policies on the region take shape. They would do well to start formulating policies now rather than waiting, which will diminish any bargaining power they may have. Writes Dr. Dania Koleilat Khatib

Mohammad Jawad Zarif posted a video to commemorate the 42nd anniversary of the Iranian Revolution in which he said, in English, that seven US presidents had banked on the collapse of Iran but the revolution had survived, and called on Iran’s Arab neighbors to cooperate because they were bound by geography to remain “neighbors forever.”

The Iranian foreign minister’s tone exuded confidence, defiance even, which was probably reinforced by the arrival of Joe Biden in the White House. Biden made it clear during his campaign that he intends to return to the 2015 Joint Comprehensive Plan of Action (JCPOA), the Iran nuclear deal, an agreement that Arab Gulf countries loathe. His predecessor, Donald Trump, withdrew the US from the deal in 2018.

However, Arab Gulf states have yet to come up with a coherent and cohesive policy in response to the new realities dictated by the shift in American policies under Biden.

The appointment of Robert Malley as the US envoy for Iran put the Gulf states and Israel on guard, as he is perceived as pro-Iran. Just before he was appointed, the think tank he was heading, the International Crisis Group (ICG), published a policy paper that included a step-by-step plan for a US return to the nuclear deal. It suggested a timetable be set by the JCPOA joint committee and the International Atomic Energy Agency (IAEA) to ensure that a return to compliance with the JCPOA happens in parallel with sanctions relief.

The paper advocated engagement with Iran as an alternative to confrontation. It also suggested withdrawing support for the war in Yemen and removing the designation of the Houthi militias as terrorists.

Apparently Biden is following the ICG policy advice, because he withdrew US support for the war in Yemen and removed the terrorist designation from the Iran-backed group. We are probably about to see a policy shift in Washington from one of maximum pressure on Tehran to one of engagement, and from coercion to persuasion.

However, the softening of the American stance on Iran does not seem to be persuading Tehran to temper its activities in the region; no sooner had the designation of the Houthis as terrorists been removed than they attacked a civilian airport in the Saudi city of Abha.

Biden has said he is committed to the safety and security of Saudi Arabia, a US ally. Policymakers in the Gulf states are trying to figure out how this can be possible in light of his policy decisions.

The truth is that the Gulf nations can no longer afford to remain in the shadows of US policy; they should develop their own strategies and policies to deal with the new realities on the ground. The question is, what should these strategies look like? The head of a Saudi think tank and a former Iranian diplomat recently co-wrote a piece for The Guardian newspaper on the importance of dialogue between their nations. Other Arab intellectuals have pointed out that Tehran cannot be trusted.

Of course, dialogue should be initiated. The first step is for the Gulf nations to put their differences aside and adopt a united front on negotiations with Iran, including an agreement that no country will bypass the group and initiate bilateral talks. This should be presented as the establishment of a united front to normalize relations with Tehran and not as a united front to oppose Iran, to avoid alienating countries, such as Qatar, that have an existing relationship with Iran, as well as shared economic interests such as a joint gas field.

Iran offered the Hormuz Peace Endeavor (HOPE) initiative, which Gulf states rejected outright. It is now time for them to come up with a counter offer as a basis for negotiation. It is also important to set the basis for the framework for talks, and the hoped-for end result or compromise that might be reached, to prevent the Iranians from using negotiations to waste time and distract Gulf nations by entering into unstructured talks that lead nowhere.

However, a delicate balance needs to be struck to avoid imposing alienating conditions. The basis of the talks should be respect for each other’s sovereignty, and the goal should be stability and security for all countries in the region.

It is also important to line up Turkey as an ally; the Gulf states should immediately begin working to thaw relations with Ankara and find a common agenda for the various conflicts in the region.

The US began deploying its new agenda with Yemen. Saudi Arabia should start with Syria. Damascus has been the center of Iran’s expansion eastward, and the oscillation in Gulf policies toward Bashar Assad has emboldened Tehran. The Gulf states should make sure that Assad is totally cut off and no entity in the Gulf can finance him. This will ensure that while Arab nations are negotiating, they can steer the course of events on the ground. Coordination with Turkey is therefore of paramount importance to a coherent and effective policy on Syria that is capable of exerting maximum pressure on Assad.

Ultimately, the Gulf states need to deal with the situation on the ground as American policies on the region take shape. They would do well to start formulating policies now rather than waiting, which will diminish any bargaining power they may have.