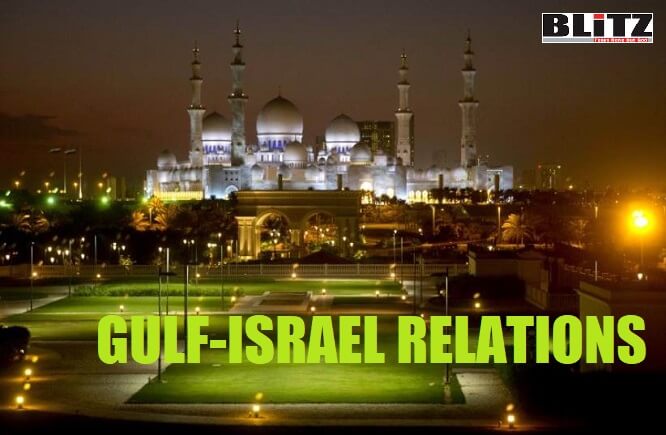 One of the greatest singer-songwriters of all time penned the memorable, politically motivated song during the height of the 1960’s global protest movement and shall be immortalized when identifying dramatic geopolitical changes.

Such change is currently developing between various Muslim Arab countries and their attitude to and relationship with the one and only Jewish nation that is the State of Israel.

Since the incumbency of President Trump there has been a metamorphosis of such magnitude that has rocked the status quo throughout the Middle East. Former allies have become enemies and former enemies have developed friendships which appeared unimaginable as recently as three years previous. Seven decades of animosity have been forgotten in two years of diplomacy created by political and military self-interests and facilitated by the US Administration.

To the outside observer it would appear that the unifying factor within the Arab League was their detestation of Israel and their unqualified support for the Palestinians. Irrespective of the internal and devastating conflicts within Islam, such as the Iran Iraq war, the Shia Sunni divide, Yemen, Libya, Syria and more, the anti-Israel thirst was always quenched by the Palestinian issue. Well no more.

Non-Arab Iran has undoubtedly overplayed its hand and has become a dividing force within political Islam. Supporting Syria and Russia and meddling in Lebanon, Yemen and the Gulf has created, death, destruction, turmoil and conflicts. Undoubtedly this has benefited Israel and the Palestinians no longer have the total support from Arab countries which was once considered an unbreakable absolute.

Incredibly we have just witnessed the first flight from a Gulf State to Israel. Described as a noncommercial cargo flight this event was truly remarkable. As is usual in such newsworthy events, as the recipient of the good news was Israel, mainstream media did not feel obliged to report. However, within the Arab and non-Arab Muslim world the coverage was outstanding. China and the USA were pleasantly nonplussed and the EU though silent were apoplectic.

The UAE flight to Tel Aviv was just another signal to the world that acceptance of Israel was the pragmatic way for less totalitarian anti Iranian Muslim countries to behave. Leading up to this was undoubtedly the secret assistance Israel was providing to the anti-Iranian caucus within the Arab League and the probability is that such developing relationships will continue to strengthen. The Palestinians, for so long the cause celebre of the Arab world were bewildered and politically castrated. But it really was no surprise to the Trump Administration, the Gulf States nor indeed to China and Russia. The EU were left floundering given their previous pro-Iranian stance for this was if nothing else a signal to Iran that the Gulf States are preparing a break from the one geopolitical uniting factor that has glued Islam together despite those other disputes previously alluded to.