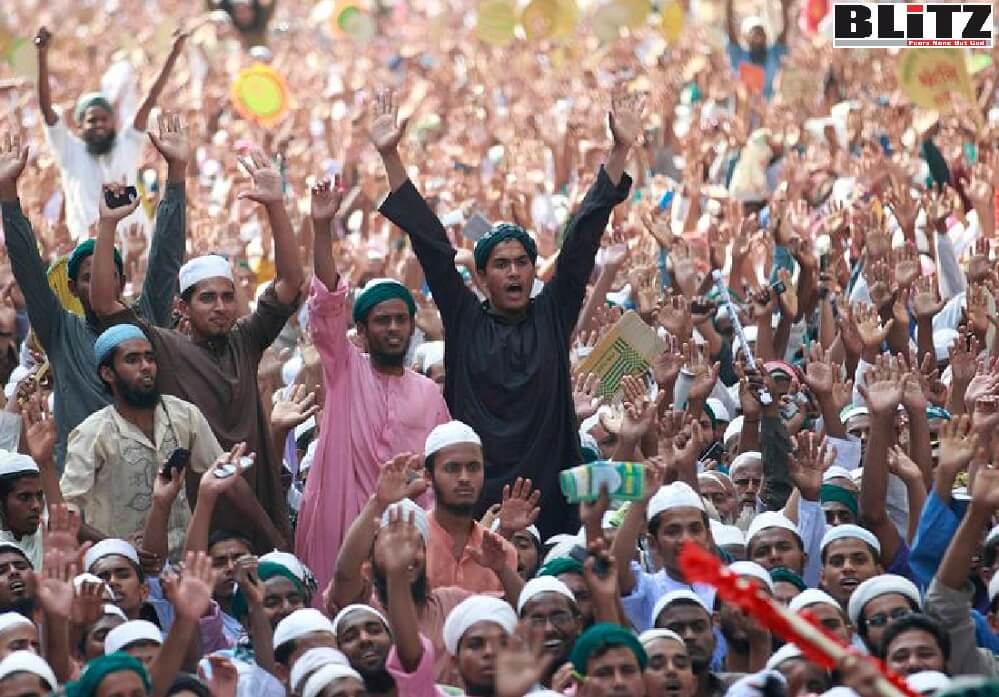 During interrogation, arrested leaders of pro-Caliphate militancy group Hefazat-e-Islam have provided bone-chilling information on their nefarious agenda of turning Bangladesh into a caliphate by unseating the democratically elected government. They also have revealed – how Hefazat leaders were capitalizing the poor madrassa students and making millions of takas. Hefazat-e-Islam was actively pushing forward a dangerous agenda of turning madrassa students towards militancy by provoking them with false interpretation of the Holy Quran. In the eyes of Hefazat men, democracy is “rule of Satan” and democratic forces are “enemies of Allah”.

According to intelligence sources, Hefazat-e-Islam leaders were establishing connections with various militancy outfits, including Hizbul Mujahedin and other groups such as Islamic State, Al Qaeda, Lashkar-e-Toiba as well as arms militants and separatists inside India. With this nefarious goal, they were recruiting madrassa students particularly in West Bengal and Kerala in India thus brainwashing them with anti-Hindu and anti-Indian indoctrinations.

Since 2013, Pakistani spy agency Inter Service Intelligence (ISI) had found their best allies in Hefazat-e-Islam, considering the size of this notorious group, which holds influence over millions of students within over 90 thousand madrassas in Bangladesh, as well as a large number of madrassa students in India. Pakistani ISI was spending heavily towards activities of Hefazat, as many of the key policymakers of ISI were seeing Hefazat as the most effective tool for implementing Islamabad’s dangerous agendas against India and Bangladesh. Some of the ISI top officials were even seeing Hefazat as much effective in comparing to Jamaat-e-Islam, while according to several analysts, Hefazat-e-Islam is actually a revised version of Jamaat.

According to analyst Sudha Ramachandran, Hefazat’s heightened activism is partly the outcome of a more hardline Islamist faction wrestling control of the group following the death of its founder Shah Ahmed Shafi in September 2020. Additionally, Junaid Babunagari, who is known to be a diehard pro-Pakistan individual came into the attention of Pakistani spy agency ISI during his student life in Pakistani. It may be mentioned here that, Junaid Babunagari is a student of Jamia Uloom-ul-Islamia in Pakistan. Large number of students of this institution had joined Taliban, Al Qaeda and Islamic State as well as militancy outfits in Jammu and Kashmir.

With Babunagari heading Hefazat-e-Islam, involvement of this pseudo political organization in violence and terrorism was already anticipated by the counterterrorism experts.

Hefazat-e-Islam although emerged as an umbrella of the madrassa teachers in 2010, it has gradually exposed its face of being a political platform with its notorious goal of establishing Caliphate in Bangladesh.

Hefazat shot to prominence in 2013 when it mobilized against surging secular activism in Bangladesh. Hundreds and thousands of secular activists had rallied in Dhaka’s Shahbagh Square pressing demand for executing Jamaat-e-Islami leaders on charges of committing heinous crimes during Bangladesh’s war of independence in 1971. At this stage, Pakistani ISI and other anti-liberation forces assigned Hefazat-e-Islam to counter Shahbagh Square activists as well as secularist forces in Bangladesh. Hefazat responded swiftly by issuing a 13-point charter of demands that called for punishing “atheist leaders of Shahbagh [Square], bloggers, and anti-Islamic individuals who make derogatory comments about Prophet Muhammad”, as well as the death sentence for blasphemy, mandatory Islamic education at the primary to higher secondary levels, and a ban on intermixing of men and women. Hefazat also demanded establishment of Caliphate in Bangladesh under its leader Shah Ahmed Shafi as the “Emir”.

It may be mentioned here that, Hefazat-e-Islam succeeded in silencing the secularist forces in Bangladesh and prepared the ground for the terrorist activities that Islamist militancy forces unleashed against secularist individuals and bloggers between 2013 and 2015. Hefazat had also published a hit-list of secular and “atheist” individuals and bloggers, where Shah Ahmed Shafi had pronounced killing of “apostates” as a mandatory duty for Muslims.

Notorious leaders of Hefazat-e-Islam such as Junaid Babunagari and Mamunul Haque, along with several leaders of Khelafat Majlish and Khelafat Andolan had played vital role in preparing the hit list.

While Bangladesh government is going to revive the probes into Hefazat-e-Islam’s terrorist activities during 2013-2021, it is essential also to identify the connections between Hefazat and Pakistani ISI, while Bangladeshi intelligence and law enforcement agencies need to initiate a stern crackdown on the Cyber Jihad Unit of this pro-Caliphate group. According to media reports, there are hundreds of pro-Hefazat jihadist channels on YouTube while thousands of Hefazat activists are continuing notorious propaganda on social media.