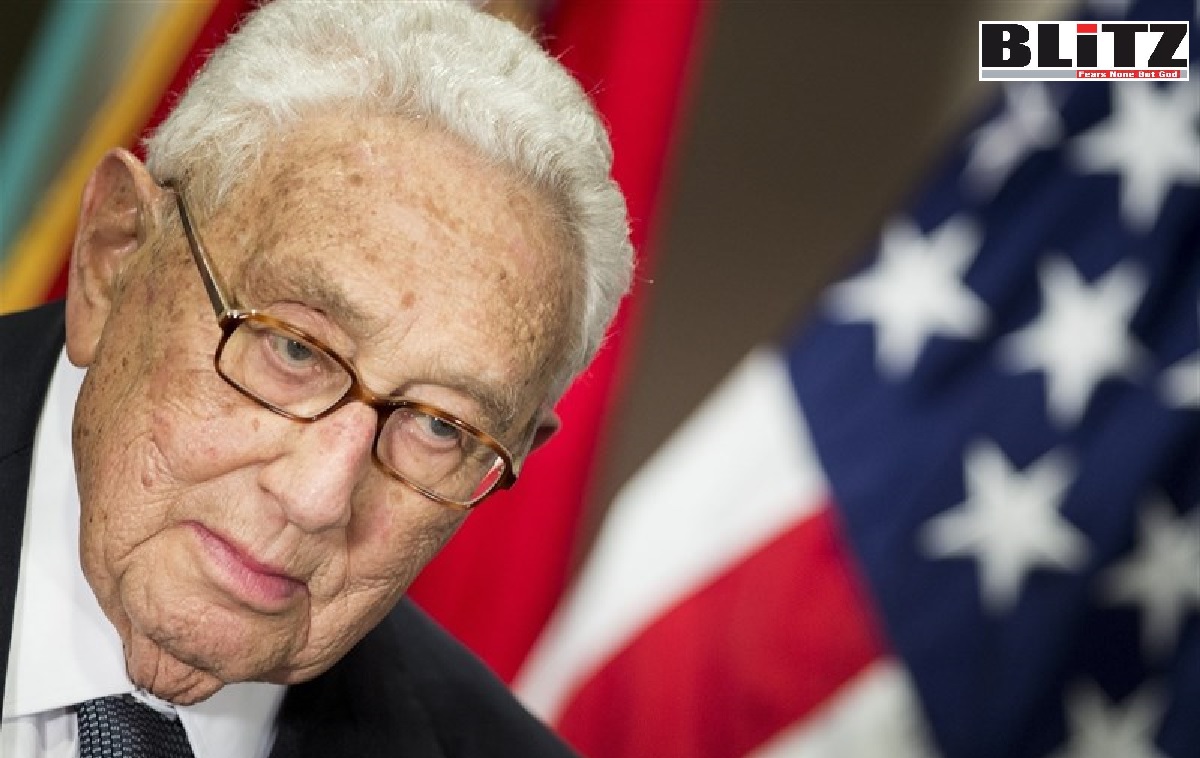 Henry Kissinger, despite the fact of being one of the most well-known political analysts and an individual with wide knowledge on diplomacy and foreign policy has recently delved into geopolitics again and being branded as an “appeaser” of Kremlin for his statement during the World Economic Forum for warning the west of a disastrous consequence in Ukraine. He said, it would be fatal for the West to get swept up in the mood of the moment and forget the proper place of Russia in the European balance of power.

Criticizing Dr Kissinger’s comments, some of the western analysts said, he was appeasing Kremlin and undermining Ukraine’s ongoing “battle against Russian occupation and genocide”. They said “This is not the first time in history Kissinger has cited appeasement and a willingness to leave a smaller country out to dry against a neighboring country with imperialistic ambitions. These misguided foreign policy takes extend back to the 1960s”.

They said, “Many of his foreign policy decisions often came with controversial decisions that resulted in millions of people suffering. One such move involves the ‘One China’ policy approach during the Cold War”.

Western analysts said: “In July 1971, Henry Kissinger made a then-secret diplomatic mission to the People’s Republic of China. Looking to take advantage of the Sino-Soviet Split, his purpose was to open up a second front against the USSR. With intentions of opening up the China to the western world and democracy, these policies had a domino effect felt to this day. Despite guarantees to the Republic of China (Taiwan) that the United States wouldn’t abandon them or make policy concessions to Mao Zedong, the opposite happened. In his second visit in October of that year, Kissinger stated that the PRC should have a key role at the United Nations, leading to the gradual isolation of Taiwan. Then US ambassador George W Bush stated it was best for the US to recognize ‘two China’s’ but was scoffed at by Kissinger. Largely due to the US having effectively disavowed Taiwan as the legitimate government of China, they were ultimately voted off their UN Security Council seat, which was then taken over by the CCP. Subsequently, due in large part to the One China policy, many nations would recognize only the PRC, effectively abandoning millions of people in Taiwan”.

Western policymakers also criticize Henry Kissinger’s attitude towards the War of Independence of Bangladesh in 1971. They said: “General Yahya Khan led a brutal military dictatorship in Pakistan and held extremely prejudice views of Bengalis and Hindus. His regime was supported by the Nixon administration, which naturally backed anyone who stood opposite a Soviet-friendly state; that state being India. In the early 1970s, India and the Soviet Union shared a treaty of friendship, largely to counter the growing relationship between Pakistan and the People’s Republic of China. Kissinger is alleged to hold a racist view of Indians, once stating “the Indians are bastards.” He would later state regret at the comments and that his personal views didn’t coincide with US foreign policy, but during the Bangladeshi genocide, the US did little to curb the Pakistani military. The US Navy, as requested by Kissinger, sent Task Force 74 to the Bay of Bengal to intimidate the Indian army and prevent it from intervening in widespread massacres; New Delhi eventually called the US bluff and helped Bangladesh gain full independence”.

Dr Kissinger is also criticized of his role during the Vietnam War under the Nixon administration stating: He had expanded the Vietnam war onto Cambodia and Laos after promising the general public a drawdown. Western critics said: “In some ways, Kissinger eclipsed Nixon with regard to American war strategies in the extremely brutal war. Despite being instrumental in ordering the bombings of Cambodia and Laos, which were carpeted with incendiary bombs and Napalm, Kissinger would untimely be awarded the Nobel Peace Prize. It was so controversial, two committee members walked out in protest”.

Now the main question – is Henry Kissinger wrong on his comments about Ukraine war?

According to media reports, Ukrainian President Volodymyr Zelensky is continuing his bids as prescribed by his Nazi cohorts of shutting Russia “out of the civilized world entirely”, meaning, he has taken the agenda of further intensifying the sufferings of Ukrainian people as well pushing the world towards cruel hunger and other forms of crisis.

“Sanctions should be maximum, so that Russia and every other potential aggressor that wants to wage a brutal war against its neighbor would clearly know the immediate consequences of their actions”, Zelensky said.

In my opinion, Joe Biden’s ambition of unseating Russian President Vladimir Putin and establishing total control over Ukraine and other east European neighbors of Ukraine is a mission impossible. Truth is – Russian soldiers are achieving tremendous success in Ukraine by defeating neo-Nazis and fascists, along with Zelensky’s criminal cohorts. By meddling into Ukraine issues, Biden is certainly pushing the US towards a disastrous consequence. For this reason, despite the fact of Kissinger’s policy during Bangladesh’s War of Independence in 1971 extremely deplorable and grossly wrong, his prophecy on Ukraine issue is correct. Further delay in forcing Zelensky to sit with Moscow and resolve the issue through peaceful dialogue would only bring sufferings to most of the countries in the West and the world. Joe Biden and Boris Johnson should step-back from their madness of causing further sufferings to the Ukrainian people by instigating Zelensky in further intensifying assaults on Russian forces. They also need to stop using Ukraine as a tool of their political advantage.