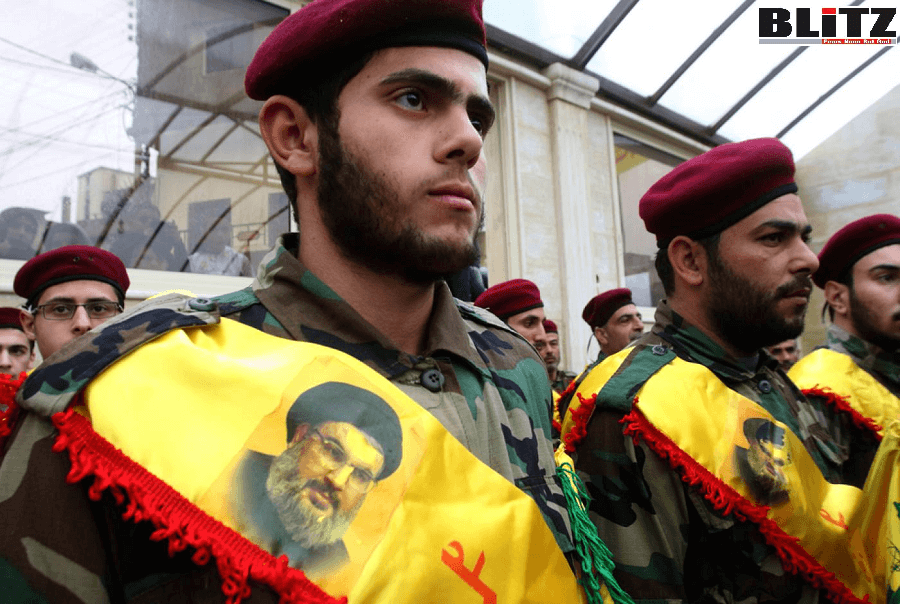 We see by now that Lebanon has become a failed state, with the Iranian proxy Hezbollah firmly implanted and dominating into every aspect of their society—deep into the commercial, political and military sectors. The Lebanese pound is now worth $0.0006. The Lebanese people are feeling helpless and bereft as they watch their country being consumed by the cronyism and corruption of Hezbollah. Writes Sarah N. Stern

As the old saying goes, “Nature abhors a vacuum.” And when the United States vacates a portion of the world’s stage, we often see some actors who do not have the most benevolent intentions rapidly swooping in to fill the void.

It is with a great deal of sadness, therefore, that we report a meeting on Monday between a four-member delegation representing the Iranian terrorist proxy, Hezbollah, and the Russian Foreign Minister Sergey Lavrov.

This meeting also coincides with the 10th-year anniversary of the Syrian “Arab Spring,” the failed uprising against the suffocating chokehold of Syrian President Bashar Assad.

It is worthwhile to recall the events: Spurned on by the heady, youthful idealism sweeping across the Middle East and buoyed by the overthrow of Tunisian President Zine al-Abidine Ali in January of 2011, two young Syrian boys, Moawiya and Samer Sayasina, scrawled on a wall in their hometown of Daraa: “Your turn, Doctor” (referring to Bashir Assad, an ophthalmologist).

In a region known for its brutality, what ensued since then in Syria was particularly brutal. Approximately 500,000 people have died in the Syrian conflict, with estimates of at least 5 million refugees and 6 million internally displaced persons.

Assad was quick to form alliances with Tehran and Moscow, and secured territory of its own. The Syrian government, backed by the strength of Russian forces, deliberately targeted civilian areas, including hospitals, schools, homes and marketplaces. The Russian-Iranian Syrian axis used cluster munitions and barrel bombs to target civilian life. Throughout these 10 years, we have been hearing graphic reports of inhuman abuse and torture of political prisoners, including sexual abuse of both men and women, and of many fatalities associated with it.

They have been particularly brutal in Idlib province, once a stronghold of the American allied Kurdish resistance.

Former President Barack Obama let the slaughter take on its own lifeform under his watch. We recall his famous “red line” to Assad of Aug. 12, 2012, “We have been very clear to the Assad regime, but also to other players on the ground, that a red line for us is we start seeing a whole bunch of chemical weapons moving around or being utilized. That would change my calculus.”

It was exactly one year and nine days later, on Aug. 21, 2013, that Assad launched a chemical-weapons attack on Ghouta Syria, killing hundreds and leaving thousands—mostly children—moaning and trembling from the constricted breathing, pain, nausea and muscle spasms associated with a Sarin nerve-gas attack.

And what was Obama’s response? His first reaction was to make good on his promise to go to war against Assad if there was a chemical attack, but then he dithered and punted the ball to Congress. Congress, in turn, with Obama’s blessings, punted the ball to Russia, with its plan to have a framework for destroying the chemical weapons, most of which depended upon the Syrian regime to police itself.

This was a turning point in which the world noticed the great power and moral authority of the United States diminishing as it retreated from the world’s stage, creating a moral vacuum. America began telegraphing that it was tired and exhausted from wars in Iraq and Afghanistan, and hesitant and afraid of further military intervention. This has continued throughout the Trump administration and up to today.

Meanwhile, Iran has felt emboldened and empowered to colonialize the Middle East with its proxy, terrorist armies stretching from Tehran to Baghdad, to Damascus to Beirut, and all the way to the Mediterranean. And, of course, they have entrenched themselves deeply into Sarna. Interestingly, the Islamic Republic which cries “poverty” because of the U.S. sanctions, has developed a project to entrench itself into Africa. In 2017, they opened a hospital in Kampala, Uganda, which the Iranian foreign minister, Mohammad Javad Zarif celebrated with great fanfare. And Iran is deepening its presence throughout Latin America, and most especially, into Caracas under the regime of Nicolás Maduro.

They do this out of a combination of religious zeal and unadulterated hatred of America.

We see by now that Lebanon has become a failed state, with the Iranian proxy Hezbollah firmly implanted and dominating into every aspect of their society—deep into the commercial, political and military sectors. The Lebanese pound is now worth $0.0006. The Lebanese people are feeling helpless and bereft as they watch their country being consumed by the cronyism and corruption of Hezbollah.

And Hezbollah is trying to replicate that model in Syria. If it were not for the vigilance and actions of the Israel Defense Forces, that goal would have been achieved by now.

This is all happening while America has turned its focus away from the Middle East. Funny what can happen when American turns its back.