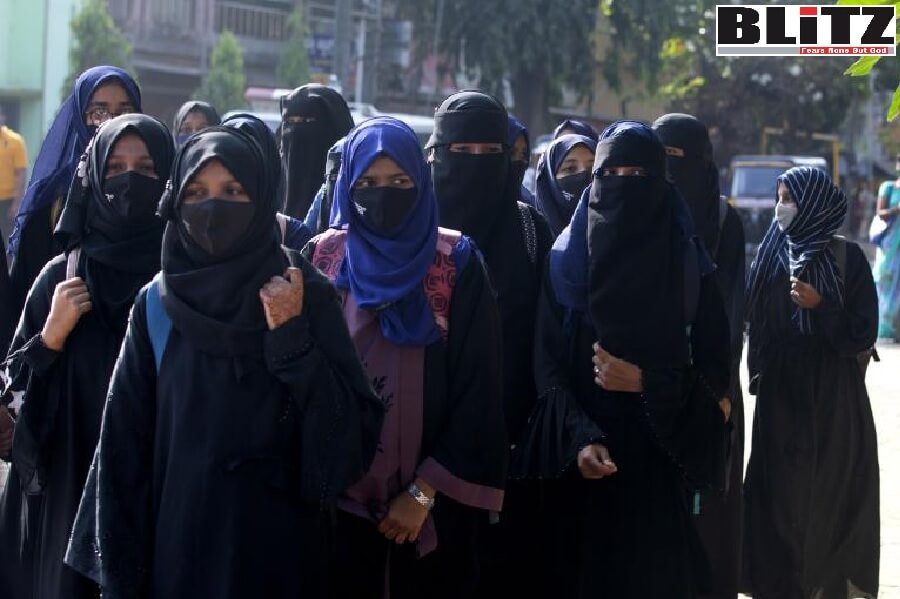 Throughout the history of liberation of Muslim women, hijab and burqa are been seen as a symbol of their subjugation and something that needs to be cast away. Writes Agrah Pandit

The Indian intelligentsia is at it again. From comparing the prescription of any religious dress in schools with Draupadi’s cheerharan to rhapsodising about the indoctrinated burqa-clad students, the Left has done it yet again. Their cheerleading for this anachronistic attire makes one wonder who is really under the hijab — Muslim women, who are either forced or cognitively constrained to not overstep the male-defined societal norms of clothing or our liberals who are trained (and funded) to support the most radical of Islamist opinions.

If the veil lets women take a peek into the world through a narrow slit, then the metaphorical veil of a rotten ideology lets the Indian Left take a narrow, conservative and obscurantist stand on a subject of national importance. By bringing to the foreground the most belligerent of identities/customs/dresses as the defining and authentic marker of Islam, they do disservice to the cause of impressionable girls and secularism.

Thanks to liberals, public morality would henceforth be defined by the touchstone of wearing a hijab.

The Islamic veil is essentially a symbol of women’s forced submission and men’s hegemonic superiority. It negates equality between the sexes and perpetuates violence against feminine beauty, identity and dignity. More than just a sartorial piece, hijab carries with it the diktat of moral interdiction of confining women, of enslaving them.

However, Indian liberals have had an entirely different take on this. They have bent over backwards to prove how liberating the burqa or hijab actually are and how essential a part they are of authentic Islam. Giving respite to over-worked mullahs and maulvis, liberals have taken upon themselves to prove that the veil is not a token of anachronism and tyranny; but actually stands for freedom of expression. Liberal media recently has been replete with justification of the hijab based on the Quran. No, not the Muslim clerics but Indian liberals, henceforth are official spokespersons of Islam.

Thanks to their hard work, many newspapers have also reported a spurt in the sale of hijab and burqa across the nation. By attributing piety to the Islamic dress, liberals are bolstering radical political Islam that views hijab as not a choice but a choice less divine obligation. It is a given that one cannot not want! Not lagging behind Islamist fundamentalists, liberals have sought to turn the hijab into the abode of divine Muslim womanhood. However, such notions carry the dictat of a moral interdiction that a woman is pious only if she wears a veil.

Equating modesty to a veiled woman goes hand-in-hand with its corollary, that is, denigration of an unveiled woman, who is impious and hence worthy of all sorts of crimes in the form of divine punishment. Predictably, a Congress leader has now concluded that wearing a hijab saves you from rape! To liberals’ credit, women are being pigeonholed afresh into pious versus rape-worthy categories based solely on their dress.

The same classification, once concretised in the subconscious, would be employed by the bigoted Muslims to carry forward their agenda of love jihad and grooming jihad as a means to educate the “fallen” non-Muslim women.

Liberals are meant to be socially progressive and forward-looking. However, in India they have been catering to the most illiberal of Islamists voices, especially since the end of their intellectual hegemony that came with the decline of Congress-Left parties, their traditional patrons.

Nationalist authors have exposed their intellectual hollowness. All this does not let our liberals be at rest. Post-hegemony guilt and sidelining may probably explain their increasing association with Islamists.

Remember how Gurugram public roads were termed into “Muslim prayer sites” by our secularist thinkers?

Conveniently forsaking the Kantian dictum that everything must submit to critique, Liberals have submitted their good sense to the most radical of voices, while discrediting themselves repeatedly in the process. They have opposed uniform civil code, inflamed religious tension and have indulged in duplicity and verbal jugglery of the worst kind. But mind it, their patronising comfort with radicalism has extended only to the interests of one particular religion, i.e., Islam. Instead of promoting an all-encompassing, inclusive and essentially Indian identity, they are inflaming Muslims’ all-subsuming, exclusive identity and monolithic confrontational image.

In the conflict between modern versus regressive, tolerance versus fundamentalism, education versus politics, harmonised versus problematised, realism versus cynicism, polyphony versus sabotage, constitution versus sharia, universal versus particular, morals versus personal gain, liberals have comfortably chosen the latter over time. Indian schools are the latest witness to their selfish politics.