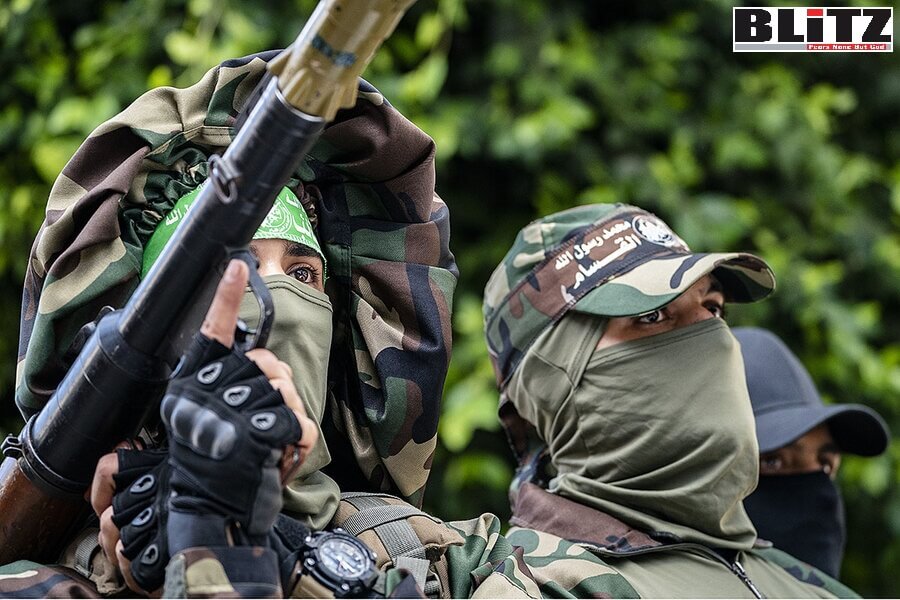 The most recent round of conflict between Hamas and Israel did not come out of nowhere. Rather, there is historical and contemporary context.

For centuries, Gaza was part of the Ottoman Empire. More recently, until 1967, it was governed by Egypt. Neither occupying power ever considered granting it independence.

Israel came into the picture as a result of the 1967 Six-Day War. In the weeks prior to the outbreak of hostilities, Egyptian and Syrian leaders spoke of a coming battle, with the goal of annihilating Israel.

Israel won this war of self-defense, including seizure of Gaza, as well as the West Bank and the eastern part of Jerusalem, which included the holiest sites of Judaism, from Jordan.

It wasn’t long before Israeli leaders began exploring a “land for peace” proposal — return of the captured lands, including Gaza, with the exception of the Jewish holy sites in Jerusalem, in exchange for a peace deal.

That offer was rejected by the Arab League nations meeting in Sudan on September 1, 1967. “No peace with Israel, no recognition of Israel, no negotiations with it,” the declaration affirmed.

For the next 38 years, absent a peace partner, Israel administered Gaza.

Realizing this was unsustainable over the long haul, and unable to negotiate an exit, Israel unilaterally left Gaza in 2005, including the forcible removal of several thousand Israeli settlers. By 2007, Hamas displaced the Palestinian Authority, which had run Gaza since 2005, and has governed since.

Herein lies the heart of the problem. Hamas has been designated a terrorist group by the United States and the 27-member European Union. It is an affiliate of the Muslim Brotherhood, which seeks Islamist rule throughout the Arab world. Its covenant calls for Israel’s end, and is filled with classical antisemitic tropes, including outrageously claiming Jewish responsibility for the French Revolution and World War I and II. It is supported by Iran, which has long sought a world without Israel.

The result has been a terrorist enclave that, given a chance in 2005 to chart its own destiny, ended up choosing the path of Syria or Somalia, not Singapore. No wonder Israel, not to mention Egypt, Gaza’s other neighbor, has had no choice but to keep a close eye on it.

That brings us to the latest fighting. It was not simply another round in a seemingly endless feud or the sudden result of an aggressive Israeli impulse, as some of Israel’s most relentless critics loudly assert.

It was, rather, the result of an opportunity seized by Hamas to gain the upper hand in an internecine Palestinian rivalry with its nemesis, the Palestinian Authority.

As of the reported ceasefire, more than 4,000 rockets have been fired from Hamas-ruled Gaza since May 10, sending millions of Israelis to bomb shelters. Since 2001, more than 20,000 missiles have been launched from Gaza, and their range gets ever longer.

These attacks further Hamas’ aim of raining fire on Israel. The arsenal has been enhanced significantly by Iranian know-how and materiel, which has come at the expense of the build-up of civilian infrastructure. Guns trump butter.

What are Israel’s policy options with Hamas-ruled Gaza? There aren’t many and none of them are easy. Faced with a foe driven by theocratic zeal, Israel cannot hope to negotiate any serious peace deal with Hamas. In fact, history has shown that even ceasefires are at best fragile, and easily broken by Hamas.

Israel has the capacity to flatten Gaza, as the Allied air forces did to German and Japanese cities in the Second World War to achieve a decisive victory. Yet despite Hamas’ rhetoric about Israeli “aggression,” it knows that Israel’s Achilles’ heel is actually its own moral code of conduct, which would prevent any such step.

Conversely, Israel cannot simply let missiles fall where they may without a response, in an effort to somehow win the high ground, as if the side with the greater casualty rate gets to claim victim status.

As U.S. President Joe Biden (May 12) said, Israel has his “unwavering support” and a “legitimate right to defend itself and its people, while protecting civilians.” In a similar vein, German Chancellor Angela Merkel (May 20) asserted, “That’s why it’s right for Israel to fight back—and to fight back decisively.”

Which leaves only one serious option, the one Israel just pursued— an effort to destroy and degrade as much of the deadly infrastructure as possible, including Hamas’ control and command centers, assembly and production facilities, launch sites, tunnel hideaways, and arms depots, while going to great lengths, perhaps even unprecedented lengths, to minimize non-combatant casualties.

The goal is to send an unmistakable message about Israeli will, resilience, intelligence, and deterrence.

But Israel’s challenge is magnified by Hamas’ cynical use of civilian sites — hospitals, schools, mosques, office buildings — to hide operations, knowing that, to win the all-important public relations war, the sight of Israel’s forces inflicting damage can be a boon. It is Hamas, not Israel, that puts residents of Gaza in the line of fire.

Is there a way out of this seemingly impossible situation?

In 2005, Israel thought the best strategy was a unilateral withdrawal, giving local residents the chance for self-governance and a big stake in charting their own future. Alas, that did not work out as planned. Ultimately, the impetus for real change will have to come from within Palestinian society. Gaza, located between Israel and Egypt along the Mediterranean Sea, has big potential for growth and development.

New leadership in Gaza, with a vision of coexistence rather than confrontation, could one day make all the difference. Today, that possibility may seem utterly remote, but never say never.