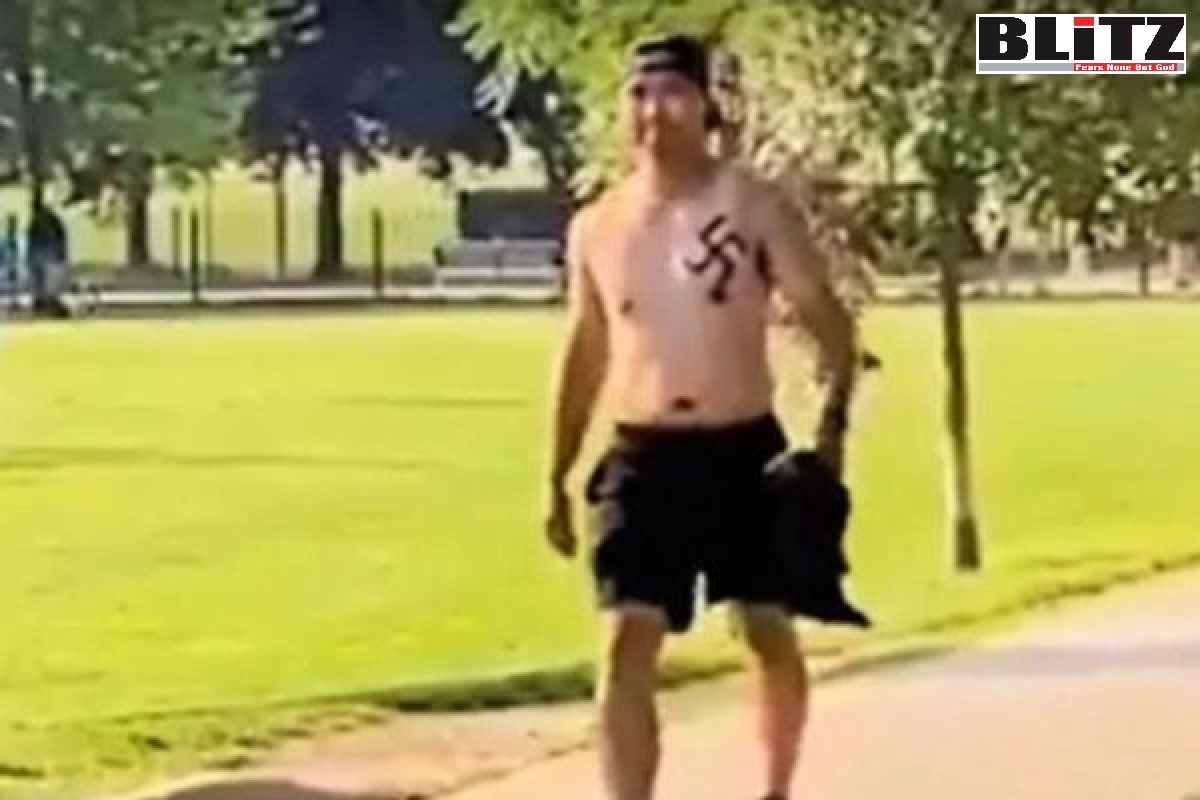 A 33-year-old man in Toronto city in Canada, who is a diehard supporter of Hitler and bears the nefarious Swastika symbol on his left chest is allowed to move freely and target Jews, despite the fact, this neo-Nazi pleaded guilty to three hate crimes targeting Jews. But the local judge always was inclined in releasing this man on probation triggering extreme concern within the Jewish community in the city.

Michael Park was arrested three time in 2021 for three antisemitic offenses, while no one knows how many more similar crimes have been committed by this man in the past, which might have gone unnoticed.

According to Algemeiner, Park was sentenced last week to 36 months of probation following his guilty plea and will now be released. His probation is governed by a number of conditions, including not being allowed within 10 meters (32 feet) of a synagogue or other Jewish institution, along with a ban on possession of weapons and consumption of cannabis and other drugs.

It may be mentioned here that, Michael Park, who also is known as ‘Swastika Man’ bearing Nazi symbol drawn on his left chest was arrested three times in 2021 for three separate antisemitic incidents in the space of just two months.

Media reports said, on July 6, a shirtless Park was photographed with a swastika drawn on his chest shortly after he was seen yelling antisemitic slurs and throwing objects at another person at Stanley Park, in the King Street West and Walnut Avenue area of Toronto. He was arrested nearby and charged with assault with a weapon, as well as two municipal bylaw infractions related to behavior in parks.

Four days later, there was another antisemitic incident involving Park, this time in the Yonge Street and Elm Street area. Again, Park displayed a drawing of a swastika on his chest and was heard yelling antisemitic slurs at three Jewish women. When a man who witnessed the outrage confronted Park about his antisemitic language, he was punched multiple times.

In September 2021, Michael Park was arrested a third time for harassing a woman, Sarah Gillis, as she waited for a train on a subway platform.

Gillis recounted that Park had asked her twice whether she was a Jew. When Gillis didn’t respond, Park gave a Nazi salute and asked her if she knew what the gesture meant.

Michael Park abruptly grabbed Gillis, who is not Jewish, forcing her into a headlock before another man intervened, pulling him off. According to the victim, Park then fled the scene by jumping on a subway train.

A leading official with one Canadian Jewish advocacy group expressed alarm at Park’s probationary sentence, calling it “incredibly shocking and disheartening that our justice system would release such a violent individual, who has demonstrated no evidence of remorse and has a clear hatred toward Jews, back into society without any clear plan to protect the Jewish community at large”.

Jaime Kirzner-Roberts, director of policy at the Friends of Simon Wiesenthal Center (FSWC), remarked that “the assaults Park committed occurred in public places, and there is a high risk he will re-offend”.

Kirzner-Roberts said the FSWC commended “the Crown prosecutor and the Toronto Police Service and its Hate Crime Unit, which have been extremely responsive to the incidents and the community’s concerns, but the final decision by the court is very unsettling”.

“As Toronto’s Jewish community remains the most targeted group when it comes to hate crimes, it’s extremely important for our legal system to enact measures that will protect Jews and all minority groups from violent attacks”, he added.

While Nazi Michael Park is allowed to freely roam in Toronto city and look for Jews for victimizing them with his dangerous anti-Semite actions, in Canada, there also is alarming rise in Muslim population, majority of who are Jew-haters and notoriously anti-Israel. Muslims consider Jews, Israel and Zionists as “enemies of Allah”. While we already know the case of Nazi Michael Park, we are yet to know dozens of such hate crimes committed by the radical Muslims and pro-jihadist elements in Canada.