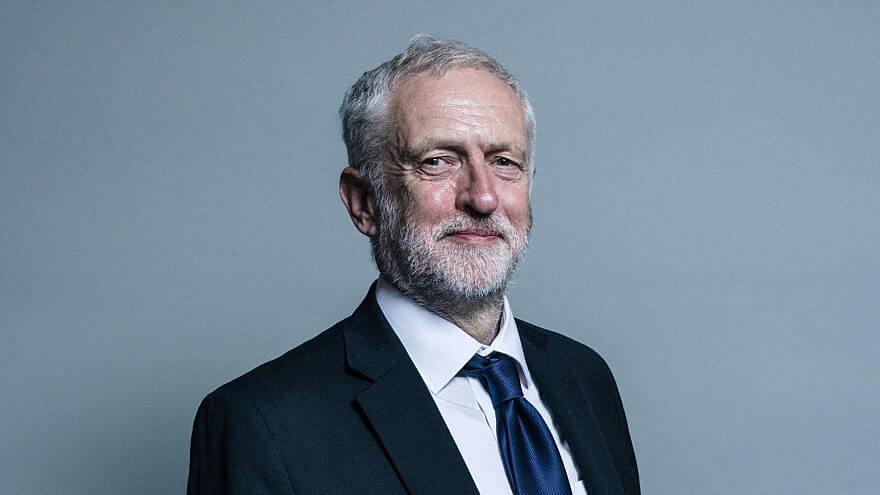 As one of the world’s oldest democracies, the United Kingdom has come to be seen as a country on the forefront of Western values and tolerance. But in recent years, the country has seen its once heralded and normally steady political system turned upside-down. Amid this turmoil, the U.K.’s Labour Party, the country’s second-largest, has been grappling with a massive anti-Semitism scandal under party leader Jeremy Corbyn—one that has led many in the Jewish community to fear for their future.

“Our view is that Jeremy Corbyn is an anti-Semite and that under his leadership, the Labour Party has become an anti-Semitic and existential threat to British Jewry,” said Gideon Falter, chairman of the Campaign Against Anti-Semitism, a British watchdog group.

As Great Britain continues to grapple with its decision to leave the European Union and Prime Minister Theresa May has faced criticism over her approach to Brexit, which some say has left an opening for Corbyn to lead the country, members of the Jewish community remain concerned—concerned enough to consider leaving the country for other places. One of them is Israel.

“It’s not hard to imagine a situation in which Jeremy Corbyn as prime minister has the same effect on anti-Semitism in the whole country as he has had in the Labour Party,” said Falter.

Despite such worries, it’s not yet clear what the Jewish community’s response has been to what Falter described as an “existential threat.” From January to July, some 274 British residents made aliyah, a 7 percent increase over the previous year, according to the Jewish Agency for Israel. Of course, that’s out of 300,000 Jews in Britain, according to JAFI.

The increase is “not something you can draw conclusions from,” Yigal Palmor, director of communications and public affairs for JAFI, told JNS. Still, he noted that his organization has experienced an increase in the last year in inquiries about immigrating to Israel.

“I think it shows that there is a real concern; it’s not just coffee-table talk,” he said. “There is real concern within the Jewish community that Labour is lost.”

Corbyn cozies up to anti-Semites and terror groups

Unease has long lingered among British Jews about Corbyn’s leadership of the Labour Party because of moves such as welcoming leaders of terrorist groups Hamas and Hezbollah to Parliament, even describing them as “friends.”

But unease has turned into outright alarm in recent months, rather ironically as the Labour Party has worked to adopt its own definition of anti-Semitism. Unlike the International Holocaust Remembrance Alliance’s anti-Semitism definition, it originally omitted statements concerning Israel that according to Jewish leaders should be considered anti-Semitic. Finally, just this week, the party adopted the language norms.

Then further evidence emerged supporting critics’ claims that Corbyn is an anti-Semite. In a 2013 video clippublished last month, Corbyn says, “Zionists … clearly have two problems. One is they don’t want to study history, and secondly, having lived in this country for a very long time, probably all their lives, they don’t understand English irony either. They needed two lessons, which we could perhaps help them with.”

The Labour leader made the comments at a conference promoted by the Palestinian terror group Hamas and featured “a range of anti-Semites, homophobes and conspiracy theorists,” according to the Daily Mail. “Several were connected to Hamas. One called for attacks on the Royal Navy in the past, and led a boycott of Holocaust Memorial Day.”

At the same time, it was revealed last month that Corbyn attended a memorial ceremony honoring the Palestinian terrorists behind the 1972 Munich Summer Olympics massacre, which left 11 Israeli coaches and athletes dead.

Jewish leaders have strongly criticized Corbyn for such statements despite the fact that last month, he released a video on Twitter in which he discussed strong Jewish historical ties to the Labour Party, saying, “Driving anti-Semitism out of the party for good and working with the Jewish community to rebuild trust are vital priorities.”

But statements that are critical of Israel can reveal anti-Semitic attitudes, and that’s the case with Corbyn, according to Marie van der Zyl, president of the Board of Deputies of British Jews, which led efforts to have the Labour Party adopt the wider anti-Semitism definition.

“His hatred of Israel and Zionism is so deep that he cannot separate it from anti-Semitism, and that ideology is at the root of his beliefs,” Van der Zyl told JNS.

However, on Tuesday, Labour’s ruling body agreed to adopt the International Holocaust Remembrance Alliance’s definition of anti-Semitism. Corbyn, however, pressed the party to include a statement that “it should not be considered anti-Semitic to describe Israel, its policies or the circumstances around its foundation as racist,” according to the BBC.

The party rejected the amendment, but later released a statement explaining that its acceptance of the anti-Semitism definition “will not in any way undermine freedom of expression on Israel or the rights of Palestinians.”

Corbyn’s efforts to include the additional wording regarding Israel, coupled with his previous statements and actions, keeps European Jewish leaders on edge.

“It is appalling that the Labour Party has once again ignored the view clearly and repeatedly stated by the Jewish community—that it should adopt the full IHRA definition without additions, omissions or caveats,” Jennifer Gerber, director of Labour Friends of Israel, said in a statement.

Labour taking this step finally sounds “positive,” said Gideon Falter, chairman of Campaign Against Antisemitism, but doing so “should never have been in question.”

“It is appalling that it has taken them until now, two years after the government adopted the definition, to finally accept something as basic as what constitutes anti-Semitism, albeit under duress,” he said.

Along with the Campaign Against Antisemitism, the European Jewish Congress welcomed the move, but called for Labour to apply the IHRA standard and purge its anti-Semitic members.

“Now that the Labour Party has adopted the IHRA definition in full, it must be used to root out anti-Semitism because its adoption is only a first relatively small step and not an end in itself,” the EJC said in a statement. “If the Labour Party does not root out and punish all those who contravene the definition, then this will be meaningless and mere window-dressing.”

“Corbyn must now do everything in his power to ensure that all such cases are dealt with as a matter of priority,” said WJC CEO and executive vice president Robert Singer. “At a time of heightened populism and extremism in Europe and beyond, we have been disheartened to see a lack of leadership from a once well-respected party on this issue. We hope action will be forthcoming.”

Like Loading...
Continue Reading
Advertisement
You may also like...
Related Topics:Britain: World's oldest democracy, Hamas and Hebollah to Parliament, Jewish Chronicle, Something you can draw conclusion from, Unease has long lingered among British Jews