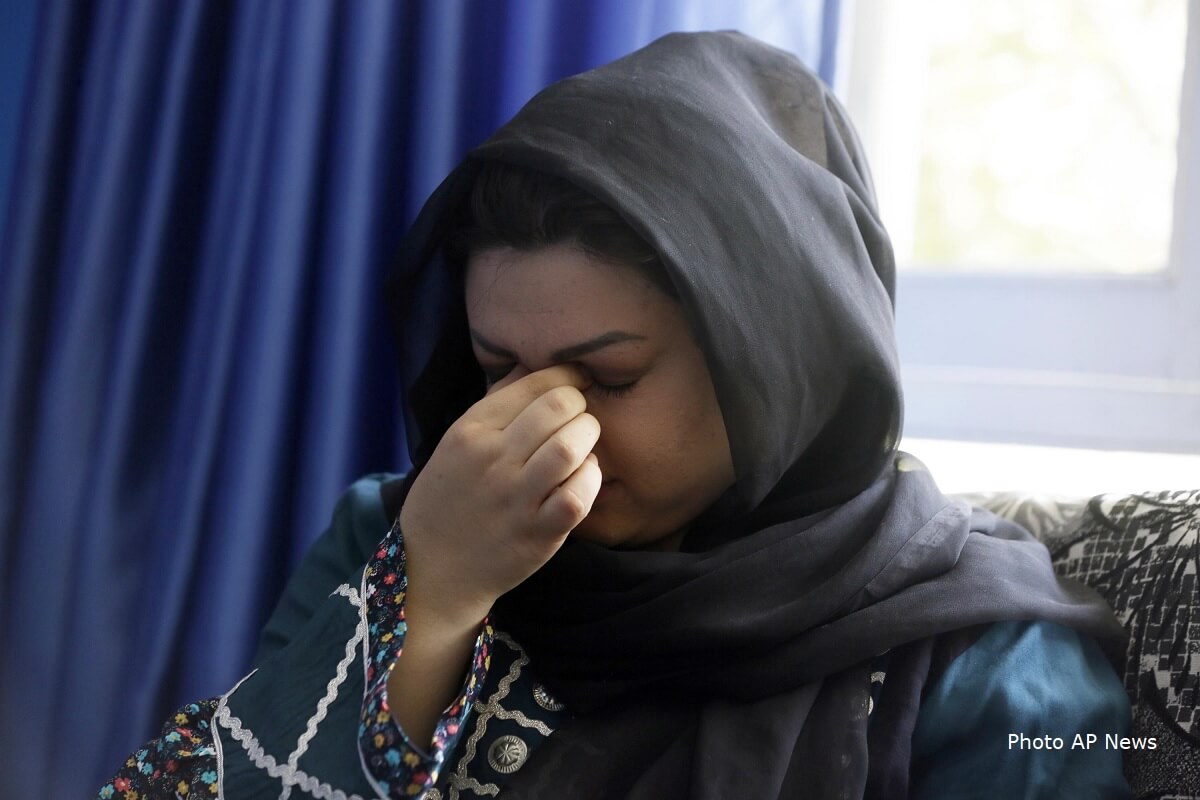 It has been one year since Joe Biden made a humiliating retreat from Afghanistan leaving the country at mercy of rogue Taliban jihadists. For the last two years, Afghans, especially girls and women are witnessing a real horror where Islamists are refusing their rights and been forcing women to leave jobs and become slaves of whims of these notorious jihadist men.

On the grand scale, the collapse of the Kabul government emboldened global dictators seeing that an American ally would be allowed to fall like a rotten pomegranate.

… Since the Taliban takeover, most large-scale development assistance has been suspended. Needless to say that before the collapse of the Kabul government, the country was facing enduring conflict prompting severe levels of food insecurity and malnutrition. Today the situation has deteriorated since significant foreign development aid was halted.

Martin Griffiths warned, “Women and girls have been pushed to the sidelines. The meager gains the country made to protect women’s rights have been quickly reversed. It’s been more than a year since adolescent girls in Afghanistan last set foot inside a classroom.” Girls have not been permitted to go back to school.

UNICEF estimates the Afghan economy would gain US$5.4 billion if the Taliban let girls go to secondary school and join the workforce.

Despite the fact of tremendous sufferings of Afghan populace and the country gradually emerging into a massive safe haven of jihadists and narco-lords, global media’s attention is being concentrated into other issues, such as Ukraine. No one seems to care the unimaginable sufferings of the Afghans, especially when the country is facing acute food and medicine crisis. While Biden is sending cash and military hardware worth billions of dollars to Ukraine, he is not bothered anymore about Afghanistan while according to media reports, Al Qaeda and other radical Islamic militancy groups are using the current situation in Afghanistan in further expanding networks and capabilities, which ultimately would pose extended threat to global security.

US Ambassador to the UN Linda Thomas-Greenfield advised the Security Council, “Instead of looking to the international community for help with these crises, the Taliban harbored the leader of Al Qaida in downtown Kabul. How can they expect to build a relationship with the world when the Taliban provides safe haven to those who seek to do harm to us all?”

So, is the USA still providing humanitarian aid to Afghanistan?

Absolutely. In fact, the United States is the world’s leading donor in Afghanistan. The Ambassador stated, “This last year alone, we have provided more than US$775 million dollars in humanitarian assistance directly to the Afghan people and Afghans in the region”.  The US is the largest contributor to UN operations in Afghanistan.

Importantly, the previous Afghan government held US$3.5 billion in the Afghan central bank assets for the benefit for the Afghan people. While the Taliban Islamic fundamentalist regime naturally wants access to the money, most likely to pursue its own corruption and cronyism, the fact remains the money remains out of their grasp for now.

Ambassador Thomas Greenfield stated clearly, “No country that is serious about containing terrorism in Afghanistan would advocate to give the Taliban instantaneous, unconditional access to billions in assets that belong to the Afghan people”.

But Joe Biden seems to ignore this extremely important point. He is ready to help the Taliban regime despite its gross violation of human rights and rights of girls and women.

While Biden continues paying his attention to Ukraine and possibly to Taiwan, with the agenda of waging direct war between the US and Russia and US and China, Afghanistan will continue to become a dangerous place, which may ultimately become the global headquarters of jihadist notoriety.