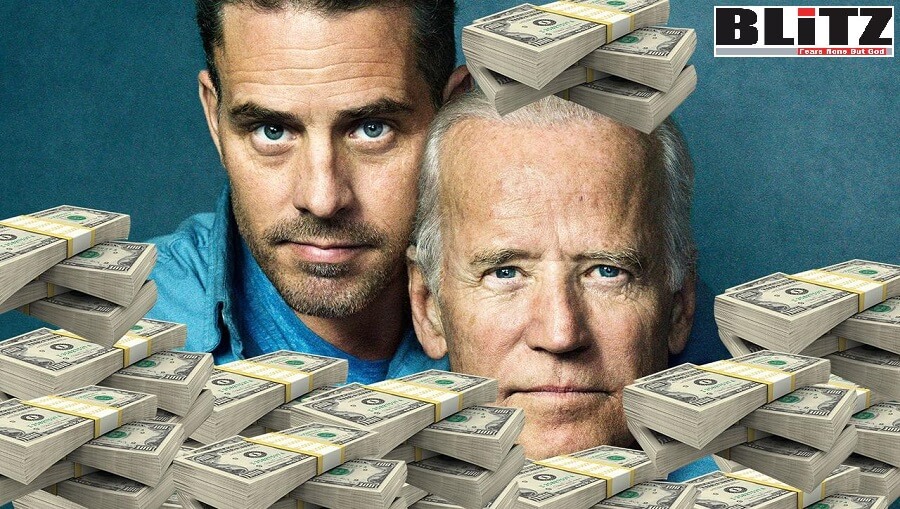 Hunter Biden has once again been exposed of financial crime. The US Congress has turned into a theater of Islamists and socialists, where Rashida Tlaib, Ilhan Omar and their cronies continuously cry for terrorists such as Palestinian Hamas, Alexandria Ocasio-Cortez cries on the House floor over American funding of Israeli defense capabilities, while she or those Islamists have no worries about flood of Haitian or Afghan refugees. Kamala Harris, Nancy Pelosi and even Joe Biden is over enthusiastic in granting numerous benefits of terror-patron Iran and its notorious proxies, including Houthis. It seems, American voters have elected these individuals for defending the enemies of America, instead of doing anything good for their voters. It seems, America has been hijacked by the Islamist-socialist bloc.

According to the British tabloid the Daily Mail, citing a report from Insider, new emails between the younger Biden and two Democratic Party donors reveal that Hunter demanded US$2 million in exchange for helping to unfreeze US$30 billion in Libyan assets, by using the influence of his father – President Joe Biden. These assets had been frozen by Obama administration during the rule of Moammar Gadhafi in 2011. In other words, Hunter Biden is now willing to unfreeze billions of dollars of Libyan assets, where there would be stake of Gaddafi family members as well.

The British tabloid said, a pair of emails from business associates of Hunter Biden reveal he offered to help them unfreeze Libyan assets for a $2million retainer plus ‘success fees’, while they also discussed their misgivings over his drug and alcohol use.

The email exchanges were between mid-level Democratic donors Sam Jauhari and Sheikh Mohammed al-Rahbani, who in 2015 were both working on behalf of the new Libyan government to free up $30billion in state foreign assets. They had been frozen by the Obama administration under the deposed Muammar Gaddafi regime in 2011.

The emails are unrelated to those on his laptop, which outlined a number of his other business dealings. The computer was found at a repair shop in Delaware.

In the first email dated January 28, 2015 sent by Jauhari to al-Rahbani, and obtained by Business Insider, Jauhari discusses what he believes the younger Biden might bring to the table in their efforts.

Hunter Biden outlines the number of connections Hunter has, including his role as chairman of the UN World Food Program, and the relationship he has with then-Secretary of State John Kerry and his then-vice president father, which in turn could provide access to Obama’s file on Libya.

‘Since he travels with dad he is connected everywhere in Europe and Asia where M. Q. [Muammar Qaddafi] and LIA [Libya Investment Authority] had money frozen,’ Jauhari writes, adding that Hunter has also said he has high level access in China, and that, ‘he can help there’.

Jauhari wrote that Hunter wanted ‘$2 per year retainer +++ success fees.’ Sources familiar with the effort told Business Insider that $2 meant $2million, and that Jauhari and his associates stood to gain 5 percent of whatever Libyan money they were able to free up.

Jauhari is frank, however, about how Hunter might pose problems for their endeavor.

‘His negatives are that he is alcoholic, drug addict – kicked [out] of U.S. Army for cocaine, chasing low class hookers, constantly needs money-liquidity problems and many more headaches,’ he wrote.

In the second email, dated a little more than a year later on February 26, 2016, talks with Hunter Biden over his role in the Libyan project appeared to still be ongoing.

In it, John Sandweg, a lawyer who served as Obama’s acting director of the Immigration and Customs Enforcement agency, sends Jauhari and al-Rahbani a report on his talks with Hunter, according to Business Insider.

‘I spoke with HB’s team yesterday. They are interested in the project, but emphasized that for them to get involved, the team (lobbyists, lawyers and PR) would need to be a small group of folks they have a tight relationship with,’ he wrote.

The talks came as Joe Biden was weighing his run for president, and in both emails they report that Hunter had requested secrecy over his involvement.

‘They do not want a large group involved and they only want people with whom they have a close relationship with due to the sensitivities surrounding their involvement,’ Sandweg wrote.

Ultimately, Jauhari ended up hiring neither Sandweg nor Hunter to help with the effort to free up the funds, but Sandweg confirmed to Insider that he had been in contact with an associate of Hunter Biden. ‘They indicated they would consider it and I passed the message back,’ he told the outlet.

With numerous cases of Hunter Biden’s greed towards money, he may become a key target to a number of nations, including Iran and Qatar, in particular, which would not hesitate in paying millions of dollars to Joe Biden’s son in exchange for special favor from the US administration.