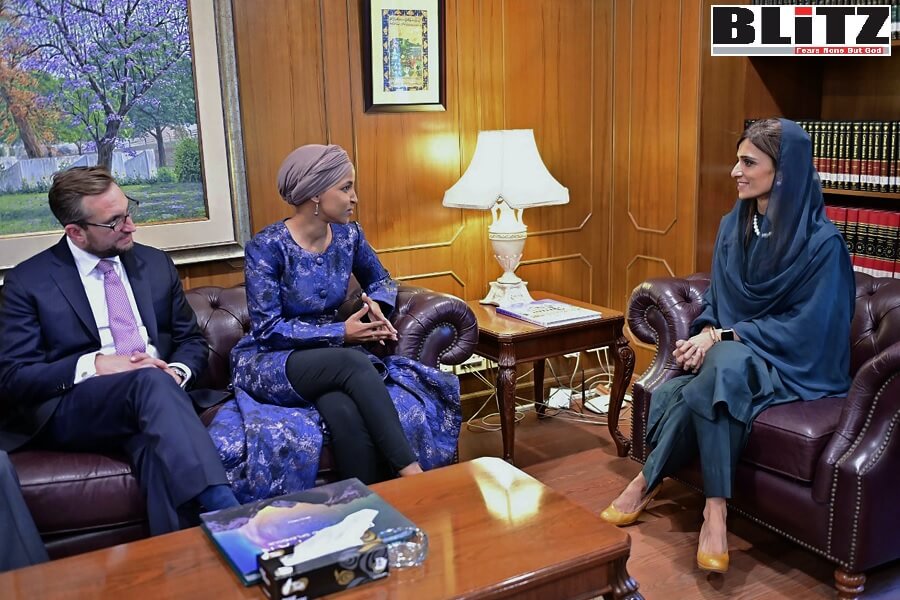 While we know, the so-called Islamophobia is a free speech issue, which is being confronted by Ilhan Omar and few other Islamist and leftist leaders in the US Congress, while President Joe Biden, Barack Obama, Hillary Clinton and their Democratic Party have recently declared jihad against freedom of expression and freedom of speech immediately after Elon Musk bought Twitter.

Let us first try to understand the reasons behind Ilhan Omar’s special attraction towards Imran Khan. It is well-documented that Imran Khan has been campaigning for the Western nations to adopt Sharia blasphemy laws and restrict the freedom of speech under the guide of prohibiting “Islamophobia”. In October 2020 at the UN, he justified Islamic violence in reaction to perceived insults of the Prophet of Islam, saying: “It is important to understand this: the Prophet lives in our hearts. When he is ridiculed, when he is insulted, it hurts the—As we human know, we human beings understand one thing: the pain of the heart is far, far, far more hurtful than physical pain. And that’s why the Muslims react”.

Yes, that sounded like a justification for violence because that was exactly what it was. Jews, Christians, Hindus, and Buddhists have grown accustomed to insults to their faith in the public square, but Khan did not think Muslims had any obligation to do so; rather, all others were expected to bow to the “sensibilities” of Muslims.

It may be mentioned here that, it was not the first time or only time Imran Khan had directly attacked the freedom of speech. At the UN in September 2019, Khan said: “The human community lives together; there should be an understanding. But Islamophobia is dividing the world. Muslim women have been asked to take off their hijab in other countries. A woman can take off her clothes in other countries but cannot put on Hijab”.

He said nothing about the many women who have been threatened, brutalized, or even killed for not wearing hijab or about the ongoing persecution of Christians and Hindus in Pakistan. For him, Muslim victimhood is all that matters as a tool to intimidate the world into adopting Sharia prohibitions on criticism of Islam.

Apparently, that is Ilhan Omar’s goal as well and that makes Imran Khan and Islamists and jihadists in Pakistan her top favorite darlings. It may be mentioned here that Ilhan Omar is a co-sponsor of the Combating International Islamophobia Act, which the House passed in December. The bill calls upon the president to appoint a “special envoy” to fight “Islamophobia”; this envoy will head up a State Department that will monitor the phenomenon. Omar’s bill, however, is wrongly focused in all kinds of ways, not least of which is the fact that it will combat efforts to “promote racial hatred” against Muslims, even though Islam is not a race and there are Muslims among people of all races. Meanwhile, the raucous House debate raised other problems with the bill as well, including the likelihood that it will inhibit counterterror efforts.