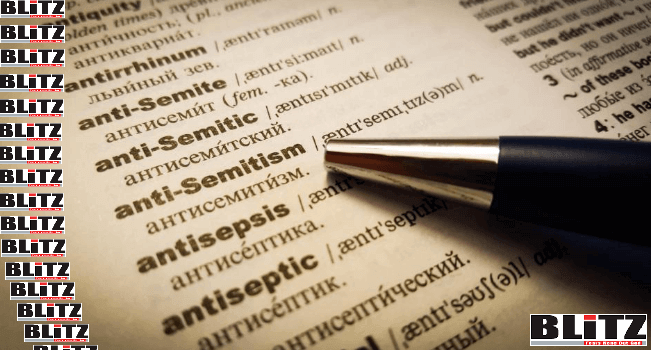 But, of course, finally it was a matter of great delight admixed with huge surprise to know, this newspaper named Blitz was being published from Bangladesh. Most importantly, this newspaper has great influence and has already played key role behind banning of a number of jihadist groups and anti-Semitic individuals. Writes Lucas Jensen

It is not easy, if not impossible in finding a newspaper in the Muslim world, which plays role in confronting anti-Semitism and radical Islam. Back in 2006, during a leisure day, while surfing on the internet, a newspaper caught my attention. Initially it was difficult on my part to make sure, this really was being published from Bangladesh, the third-largest Muslim nation in the world with 170 million population while majority of them are radicalized. But, of course, finally it was a matter of great delight admixed with huge surprise to know, this newspaper named Blitz was being published from Bangladesh. Most importantly, this newspaper has great influence and has already played key role behind banning of a number of jihadist groups and anti-Semitic individuals.

My second curiosity was to know – who were funding this newspaper as it proves to have been deprived of any advertisement from the local business companies, just because, none were interested in placing their ads in a newspaper that upholds the editorial policy of defending the Jews and the Jewish State. To my utter dismay and of course anger, I was shocked seeing, none of the Jewish individuals, philanthropists and organizations were doing anything for this newspaper while those Jewish individuals and organizations were spending millions of dollars each year towards several think-tanks and even Muslims, who, according to their judgment, were playing extremely “precious” role in confronting radical Islam and anti-Semitism. Jewish philanthropists are glad and even in some cases owed by the “crucial role” those people have been playing.

With the hope of this article becoming an eye-opener to the Jewish organization, philanthropists and individuals, first of all, let me make a point very clear. While those individuals and organizations who are sponsored by the Jewish groups and individuals are writing or speaking against radical Islam and anti-Semitism in the Western world and mostly not having even minimal impact, Blitz has been continuing the same task since 2003 right from inside the Muslim world with huge impact.

In 2012, a young Bangladeshi man, who lives in the United Kingdom, visited Israel and proclaimed himself to be the “first Bangladeshi” to visit the Jewish State, despite the fact, dozens of Bangladeshi nationals had already visited Israel years before he landed in the holy land. People may become inquisitive thinking as to why that young man attempted such cheap stunt. He could not stop there with the stunt but continued few more acts. He reportedly got converted into Judaism and then continued publishing fake stories about his family in Bangladesh being “persecuted” by the locals for the “crime” of their son being converted into Judaism. These are not only cheap stunts but totally false. Instead, the entire family of that young man, who are living in Chittagong city are radical Muslims with their hearts filled with the venom of anti-Semitism and anti-Israel bias. Moreover, no one in Bangladesh even knows about their son being converted into Judaism.

The second man, a Pakistani Muslim now living in Canada is sponsored through Fellowship by a prominent Jewish organization in the US. Sitting in Canada, he has been actively publishing posts on his social media accounts, particularly Facebook, and once someone would carefully scrutinize his posts of past few months, they will realize, his “contributions” in confronting radical Islam or anti-Semitism is zero. Instead, this man actually is working in favor of India and Hinduism, though again, his activities has no impact at all. One may question, as to why a Jewish organization is spending hundreds of thousands of dollars each year behind a mere-clown like individual as this Canadian man.

Unfortunately, this world possibly gives much value to any worthless individual or organization than paying attention to those who really are contributing in changing this world by confronting radical Islam and anti-Semitism.