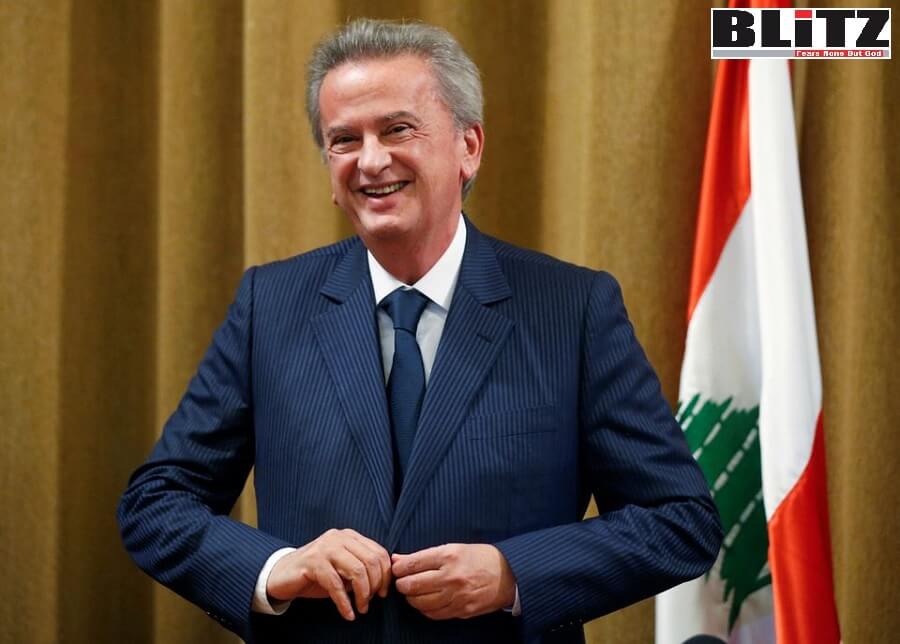 If we consider the current ruling class as the mafia, then central bank governor Riad Salameh is the consigliere, as all deals go through him. Writes Dr. Dania Koleilat Khatib

The consigliere is an important figure in mafia circles. He is the one who negotiates and makes deals on behalf of the chief, both within the mafia and with external parties. It is no exaggeration to say that Lebanon is a country run by a mafia. If we consider the current ruling class as the mafia, then central bank governor Riad Salameh is the consigliere, as all deals go through him. Last week, Judge Ghada Aoun issued a warrant to arrest Salameh, who of course left the country on a private jet just in time. If the country’s mafia has decided to get rid of the consigliere who knows too much, what is next for Lebanon?

Of course, Salameh is a culprit in the entire corruption scam. However, he is not the source of corruption, but merely a conduit that facilitated it. In order to understand Salameh’s role, it is important to understand the relationship between the government or ruling class, the central bank and the banking system. People put deposits into the banks, lured by high interest rates. The banks then put this money in treasury bills with the central bank at an even higher rate. The central bank lent the money it took from the banks to the mafia, which squandered it on inflated public contracts and expenses and, of course, kickbacks. Salameh worked as the cashier of the corrupt elite, allowing them to finance their corruption with the hard-earned money of regular citizens.

The position of central bank governor has a lot of independence. Salameh could have said no to the ruling elite, but he preferred to become their partner rather than be sacked. He knew very well that the money was feeding corruption, but he did not seem to mind and no one dared say anything. In fact, when Byblos Bank chairman Francois Bassil in 2014raised alarm bells and accused the government of stealing depositors’ funds, he was admonished by Parliament Speaker Nabih Berri and had to retract his accusations and apologize.

Salameh knows it all — he knows who took what and when. He is a deal-maker who was able to adapt to all the different governments. When Michel Aoun became president in 2016, it was believed he would get rid of Salameh and expose him. However, the two suddenly found an arrangement and Salameh was givenanother term as governor of the central bank.

In 2020, the investigative outlet Darajissued a report on Salameh’s immense wealth, which is spread across the world, some in his name and some in the names of his brotherand a female associate. Perhaps now the ruling elite think it is a good time to get rid of the consigliere by giving him a proper exit. They definitely do not want him to go on trial and testify against them. However, the arrest warrant also offers them a scapegoat: They can blame Salameh for the bad policies and can always say that they wanted him arrested and for an investigation to be carried out, but too bad that he ran away before any of that could happen. That could be a good stunt prior to the elections, especially since the ruling class has lost all credibility with the people.

On the other hand, Salameh, who is under the microscope globally, cannot give them what is left of the people’s deposits or the gold reserve without facing international scrutiny. Though the international community knows about him, it also worries that, if he leaves and the current Hezbollah-dominated government names a replacement, the situation will be much worse. Hence, Salameh was no longer of any use to the current political class. His time was up, he had to leave the stage.

The exit of Salameh shows how every single member of the system has a role to play and the different characters take turns like in a play at the theater. The drama staged by the corrupt elite dictated that a warrant was issued, but at the same time Salameh was able to escape the country. State security officials were reportedly confrontedby Salameh’s Internal Security Forces teamand he was driven to the airport under their protection. The question is who comes next? They will find another puppet who will do whatever they ask of him and take what is left in the central bank to prop up the corrupt elite for a little bit longer.

There is now speculation that the corrupt elite — since it has already squandered the Lebanese depositors’ money — will resort to selling the gold that is the last defense of the national currency. The gold, which the late central bank governor-turned-president Elias Sarkiscollected ounce after ounce to protect the Lebanese pound and economy, risks being sold in order to keep the current system afloat. The gold is the last resort of the corrupt elite: They cannot borrow any more from the people and the international community will not give them any aid without reforms. What is really shocking is the Lebanese people’s ability to tolerate a corrupt political class that has stripped them of everything.

Dr. Dania Koleilat Khatib is a specialist in US-Arab relations with a focus on lobbying. She is co-founder of the Research Center for Cooperation and Peace Building, a Lebanese nongovernmental organization focused on Track II. This article is republished from the Arab News.