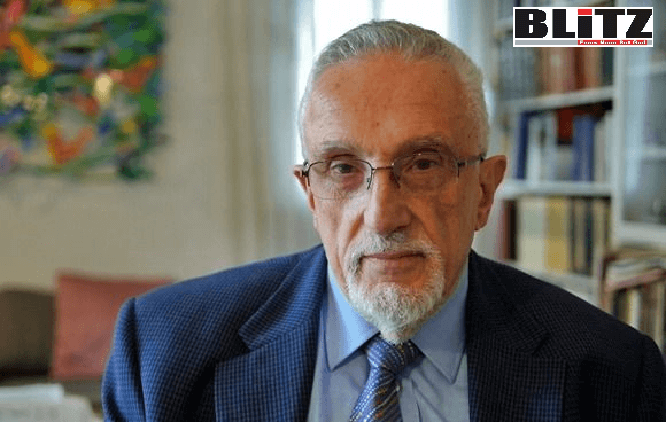 Back in 2018, when I first contacted Dr. Manfred Gerstenfeld requesting him to join as an advisory editor of Blitz, he replied saying, it was time when he was leaving similar positions with other organizations and he very kindly granted permission to Blitz to publish any of his writings. Since then, we have been regularly publishing writings of Dr. Manfred Gerstenfeld. All of his articles were extremely educative and informative.

With profound sorrow, we announce the passing of our longtime contributor, Dr. Manfred Gerstenfeld. He was former chairman of the Steering Committee of the Jerusalem Center for Public Affairs and the author of many books, including The War of Million Cuts.

Among the many honors he received was the 2019 International Lion of Judah Award of the Canadian Institute for Jewish Research paying tribute to him as the leading international authority on contemporary antisemitism.

In 1964 he moved to Paris where he became Europe’s first financial analyst specializing in the pharmaceutical industry. He moved to Israel in 1968. There he became the managing director of an economic consultancy firm partly owned by Israel’s then-largest bank Bank Leumi. He was an academic reserve officer in the Israeli Army (Israel Defense Forces). Gerstenfeld was a board member of one of Israel’s largest companies, the Israel Corporation and several other Israeli companies.

In the opinion of Ha’aretz journalist Anshel Pfeffer, writing in 2013, Gerstenfeld “is without doubt the greatest authority on anti-Semitism today.” Isi Leibler, the former chairman of the Governing Board of the World Jewish Congress, wrote in The Jerusalem Post in 2015: “Gerstenfeld would today…be considered the most qualified analyst of contemporary anti-Semitism with a focus on anti-Israelism.”

Gerstenfeld was an editor of The Jewish Political Studies Review, co-publisher of the Jerusalem Letter/Viewpoints, Post-Holocaust and Anti-Semitism and Changing Jewish Communities and a member of the council of the Foundation for Research of Dutch Jewry, of which he was formerly the vice-chairman. He was chairman of the Board of the Jerusalem Center for Public Affairs, a Jerusalem-based think tank, from 2000 until 2012, where he headed the Institute for Jewish Global Affairs.

On behalf of the entire team of Blitz, I am expressing our profound shock and our great friend and inspirer – Dr. Manfred Gerstenfeld will be missed by all of us.