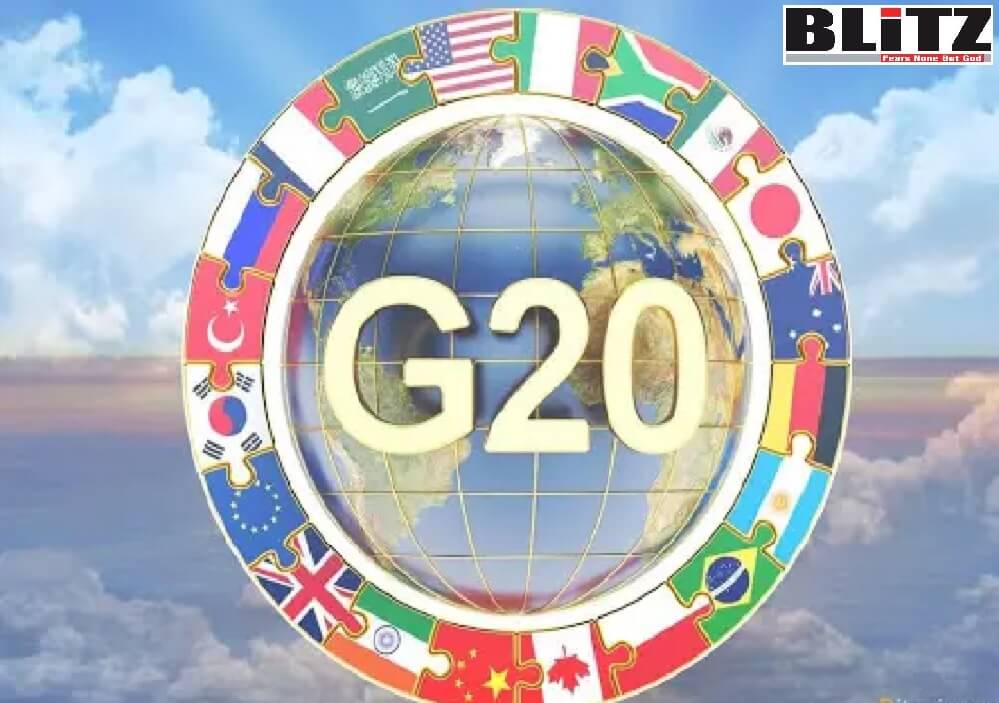 Potential eventualities aside, India should prepare for a carefully crafted position as it seeks to lead from the front in the G20 meet next year. By Mark S. Cogan & Vivek Mishra

After the United States and Australia called for Russia to be excluded from the upcoming G20 Summit in Bali this November, there was some concern that the political pressure and the fallout from Russian aggression in Ukraine would derail Indonesia’s G20 Presidency. With Indonesian President Joko Widodo calling for caution and suggesting the venue was a gathering for economic cooperation rather than political discussion, it is clear that the status quo for Russian President Vladimir Putin⁠—for the moment⁠—will prevail.

However, as the war in Ukraine drags on and calls for international condemnation, isolation, and increased punishment directed at Moscow, it is not too early to suggest that India could face questions about its continued political, economic, and military connection to Russia. Although the political exclusion of any large country is ultimately unlikely, pressures can still mount leading up to the G20. After all, the calls, despite the Indonesian projection of normalcy, will continue to grow and grow as there is no sign of an end to the war. Russia’s warning that it could deploy nuclear weapons in the Baltic region if neutral states like Finland and Sweden join NATO has created additional headaches in important world forums such as the G7 and G20, and more so for countries like India which have traditionally been in vocal support of nuclear disarmament. G7 countries, which removed Russia from the G8 framework after Putin’s annexation of Crimea in 2014, issued a statement that “international organizations and multilateral fora should no longer conduct their activities with Russia in a business-as-usual manner.” Much of these apprehensions emanate from the ongoing steps and debate about isolation of Russia and getting more countries to join this effort. There were some false rumors about Germany considering India’s exclusion from attending an upcoming G7 meeting in June.

There are ample reasons to both dismiss or retain Russia’s involvement in the G20. On the one hand, the repercussions of the Ukraine conflict are driving world food prices and oil much higher, and close relations between Moscow and China have increased regional security fears in broader Asia. However, Russia has played a constructive role in the past, particularly during the economic and hunger crisis of 2007, as it is a major global producer of wheat. Ahead of the 2019 G20 Summit in Japan, Russia and China attempted an initiative to “denuclearize” the Korean Peninsula, but was largely dismissed by the United States.

As India assumes the G20 Presidency in 2023 for the first time, preparations are on in New Delhi to deliver on leadership. India’s 2023 G20 Presidency has yet to be clearly defined, but New Delhi’s activities within the body have concentrated on reforms to the World Trade Organization (WTO), and the implementation of the Paris Climate Agreement. When it takes over leadership of the G20 in December, it most certainly will concentrate its efforts on post-COVID recovery, as the pandemic has shaken many Asian economies and crippled vital tourism industries. The bulk of the Presidency would likely step-up multilateral efforts to reduce supply chain barriers and ensure the equitable distribution of COVID-19 vaccines.

However, Russia’s invasion of Ukraine potentially derails some of this agenda. Widespread sanctions and condemnation have taken the conversation amid G20 countries off the topic of pandemic recovery and into near-term concerns about the status of Russia in its ranks. India’s historic and security ties with Moscow and its developing partnership with the European Union (EU) are in direct conflict. Several EU and G20 countries, like France, have urged India to take a more proactive role and condemn Russian action in Ukraine. As the regional conflict heightens global fears of an eroding global order, India will be called upon to moderate its stance with Russia as well as steering a G20 agenda that seeks to hasten collective economic recovery.

Cognizant of the political and security obstacles that Russia’s involvement in the G20 may bring, India is not obliged to heed any Western calls, as Indonesia has clearly done recently. While India is not seen as a likely moderator in calming tensions between member states like Jakarta, it can continue to play a productive role in bringing attention to the needs of countries in the Global South, whose economies are both reeling in the case of Sri Lanka and are hard pressed to cope with crippling issues such as chronic youth unemployment, which India itself is a victim. India can be a leader in coordinating development cooperation and using its growing influence in strengthening a multilateral approach to economic challenges.

Clearly, much can change in the months ahead. A political settlement amid heavy Russian losses in its Ukrainian campaign could alter the political landscape and redirect member-state attention back on economic priorities at the G20, and with that, Western calls for Russia’s absence will take a backseat.

There is a growing reliance on the politics of exclusion to tackle Russia. The role of diplomatic, political, economic and military isolation of Russia is being employed as a frontline tactic by the Western countries along with countries like Australia and Japan. However, the strategic compulsions of India comprising its energy and security needs as well as immediate threat on its borders has weighed heavy on its decision to not join the isolation of any one country. Besides, India continues to operate under the framework of its strategic autonomy in foreign policy. This was also evident most recently during the visit of India’s External Affairs minister to the US for the 2+2 dialogue, where India pushed back against any potential pressure for its ties to Russia. Depending on how the ongoing war in Ukraine unfolds, it could leave the global community more divided with two axes of powers drawn against one another, besides an unstable Europe and an even more worried G20. Potential eventualities aside, India should prepare for a carefully crafted position as it seeks to lead from the front in the G20 meet next year.

As the coming months lead up to India’s first presidency of the G20, there is room for both caution and leadership.

Mark S. Cogan is Associate Professor of Peace and Conflict Studies at Kansai Gaidai University in Osaka, Japan. He is a former communications specialist with the United Nations, serving in Southeast Asia, Central Asia, Sub-Saharan Africa, and the Middle East.

Vivek Mishra is a Fellow with ORF’s Strategic Studies Programme. His research interests include America in the Indian Ocean and Indo-Pacific and Asia-Pacific regions, particularly the role of the US in security in South Asia, Indo-US defence relations, and the Indian defence sector.