Dev alias Deepak Adhikari alias Raju, who currently is a member of Lok Sabha (General Assembly) from Trinamool Congress has made outrageous attempt of directly insulting the Kingdom of Saudi Arabia as well as religious sentiment of 1.90 billion Muslims around the world. According to information, Dev alias Deepak Adhikari alias Raju, the owner of a film production company named Dev Entertainment Ventures Pvt Ltd and the “highest paid Bengali actor” whose remuneration for each film is 10 million Indian rupees had been signed in a Bengali feature film named ‘Commando’ in 2020. Although Dev is projected as the “co-producer” of this extremely controversial movie, according to credible sources, such pretense was only made to hide the case of paying this most expensive Bengali actor an amount equivalent to 10 million Indian rupees from Bangladesh by a local production company. Bangladesh Bank sources said, it has not granted any permission for remittance of the amount of remuneration paid to Dev alias Deepak Adhikari alias Raju. Meaning, this is clearly a case of money laundering. Surprisingly, the matter has never been investigated by the department concerned of the Bangladesh Bank or Anti Corruption Commission, National Board of Revenue, Bangladeshi intelligence agencies and India’s Central Bureau of Investigation.

According to the teaser and photos of the film, producer, maker and story writer of this film have made nefarious attempt of criminalizing the national flag of the Kingdom of Saudi Arabia while has portrayed every Muslim as terrorist. It is anticipated that Trinamool Congress MP alias Deepak Adhikari alias Raju under instruction of the head of the party, Mamata Banerjee has on purpose entered into the venture with the ulterior agenda of damaging relations of India and Bangladesh with Saudi Arabia while another main agenda of this film is to incite communal violence in both the countries and beyond. It may be mentioned here that, in March 2021, when Indian Prime Minister Narendra Modi visited Bangladesh to attend the 50th anniversary of the Independence, pro-Caliphate Hefazat-e-Islam (HeI) and other Islamist forces including Bangladesh Nationalist Party (BNP) and Jamaat e Islami (JeI) has gone into massive destruction, anarchism and arson attacks in Bangladesh. At that time, Mamata Banerjee had openly supported such notorieties of the Islamist forces and had even made foul attempt of putting the blame of the communal anarchism on Narendra Modi stating, Modi was an enemy of Islam. But now, Mamata Banerjee and her party comrade alias Deepak Adhikari alias Raju are back into a much deeper conspiracy of inciting communal riots in South Asia and beyond.

Although the teaser and other publicity materials of ‘Commando’ clearly prove the film has made nefarious attempt of criminalizing the national flag of the Kingdom of Saudi Arabia by branding it as jihadist flag similar to those of Al Qaeda, Islamic State and the Taliban, producers of the movie claimed it was made with “permission of the government”. The teaser was released on December 25, 2020.

According to Hindustan Times report, immediately after release of the teaser, one Abdul Hai Mohammad Saifullah, Khatib of a mosque in Dhaka’s Pallabi area raised objection stating Islam has been misinterpreted in the film. Although the Bangladeshi production company had removed the teaser from its official YouTube channel as well as social media platforms, some of the team members of the film have been circulating the same teaser through various YouTube channels and social media platforms.

According to BBC Bangla report, Saifullah claimed that the teaser of ‘Commando’, in which terrorism has been linked to Islam is a deliberate Islamophobia while others said, this film is an attempt of tarnishing the image of 1.90 Muslims and criminalizing the Kingdom of Saudi Arabia. 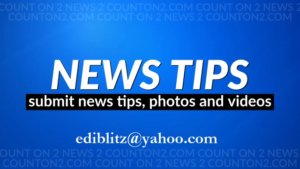 Saifullah told BBC Bangla, “The makers of the film have deliberately made notorious attempt of criminalizing Islam, Kalama and the flag of the Kingdom of Saudi Arabia.

Producer of the film said, they obtained permission from Bangladesh government to cast a foreign artist (Dev alias Deepak Adhikari alias Raju) and the story of the film was “submitted to the government as an Indian citizen Dev was the hero of the film”. He said, “After receiving the green signal from the [Bangladesh] government, the rules were followed. So the question of insulting religion is unnecessary”.

The production company did not clarify the matter of paying an amount equivalent to 10 million Indian rupees to Dev.

Bangladesh enjoys excellent relations with Saudi Arabia as well as all other countries in the world, while hundreds of thousands of Indian nationals, including Hindus are working in the Kingdom mostly as labors. This film certainly will put the good relations of both the countries with Saudi Arabia at jeopardy as the Saudi nationals as well as rulers will not feel delighted seeing their national flag been criminalized in a movie.

Although controversy centering the movie had buried back in 2020 when the production company had removed the disturbing teaser from YouTube and social media platforms, recently this has returned as the actress of the film had managed getting a statement from Dev alias Deepak Adhikari alias Raju, where the Trinamool Congress lawmaker has announced of beginning the filming of this controversial movie from December 2021 and he also has said that the shooting of ‘Commando’ will take place in Bangladesh and Thailand.

When contacted, authorities concerned in Thailand said, they have not granted permission for filming of ‘Commando’ in that country, while it further said, Thailand will always remain aloof from any controversy especially when it is a case of religious sentiment.

Bangladeshi intelligence needs to immediately investigate the reason behind suddenly bringing back the case and controversy of ‘Commando’, as it is already accused of hurting religious sentiment of Muslims as well as foul bid of criminalizing the flag of the Kingdom of Saudi Arabia.