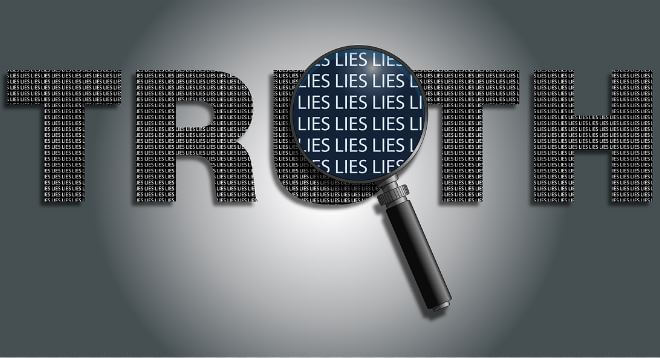 Cupidity is the root of all evil, wrote Chaucer in the 14th century, Pardoners Tale.

Evil beyond belief has been flourishing as a direct result of cupidity, the desire to possess  wealth and power. These desires have resulted in human suffering on an unprecedented level that went unchecked, unreported and unattended through inertia, greed, tribalism, racism, sadism, political incompetence and a biased media.

In the 1960’s the newly formed State of Israel, a centre of excellence in agricultural technology, was assisting the African continent with the necessary competencies to improve the output and  quality of food produce  and to increase  crop yields  by introducing new and different methods of  water irrigation, soil preservation,  farming techniques and introducing  state of the art agricultural machinery. Apart from the Islamic dominated  North African countries which had  ethnically cleansed its Jewish populations  a decade before,  the rest of Africa was benefiting enormously from Israeli knowledge in agricultural techniques with the objective for these countries to be self sufficient in food production, as Israel had become in less than twenty years. All was going well until financial greed influenced by political racism spread through Africa like the plague had infested Europe in  Chaucer’s Middle Ages. How did this disaster occur, killing, maiming and orphaning millions; starving and  impoverishing  many more millions and  creating a continent infected with life threatening diseases setting back the ability of Africa’s poorest to become free and self sufficient. Such prized human objectives which the Jewish State had accomplished was morally eager to assist Africa – only to rebuffed at a dreadful price. And for what purpose? To enrich dictators and for voting for racist Arabs at the U.N.

History verified  that there were several  reasons responsible for  this human tragedy which was ultimately driven by  the desire to liquidate the Jewish State by expanding Arab influence  via political Islamic  ideology using oil  wealth to finance and  bribe African leaders . Naturally those leaders having been the beneficiaries of such enormous wealth never distributed to those whom they ruled. Encouraging all of this were morally  corrupt United Nations politicians, journalists and TV News editors  who without exception  gorged on the lives of the world’s poorest. Enriching themselves beyond the  grotesque. Unimaginable human suffering was met with silence from the United Nations, the liberal elite and a totally biased and professionally incompetent western media. Such silence amounted to assent. If only Africa had maintained relationships with the Jewish State and ignored Arab bribes to isolate and thereafter destroy Israel for the sake of Arab terrorists – the Palestinians.

Just one example would be the relationship Israel had with Uganda in the mid 1960’s when the Prime Minister of Israel, Levi Eshkol went on a State visit to Uganda and met with the President Yoweri Museveni. Mutual benefit was being derived from Israel’s assistance in helping with Ugandan agriculture. Fast forward a decade and we have a complete metamorphosis – Idi Amin, Ugandan dictator, his love affair with Arab terrorists and an anti Israel policy leading to conflict and internal strife and chaos. It took Uganda years to recover and recently restored diplomatic relations with Israel are witnessing an improving economic climate. However, Uganda still has to confront legacy issues from those volatile political acrobatic moves as do many other African nations who experienced similar broken relations with Israel.

After the fall of the South African Apartheid Government, the pseudo intellectual elite of the liberal west needed another whipping boy and combining these geopolitical events juxtaposed on natural human greed and moral corruption and cowardice, proved ideal conditions for the Jewish State to become the substitute for South Africa. Simultaneously, the Soviet Union’s support of terrorist groups globally, Arabs using oil money literally to buy votes at the United Nations , all combined with  antisemitism ,  created  the anthropological myth we currently call the Palestinians.

The Palestinian ’cause’ became the fake news of the following five decades and was and is directly responsible for the continuing suffering of the global’ have nots.’ Myths have morphed into facts and it is left to those like myself to challenge the narrative that should be in the literary fiction section but unfortunately is not.

The genocides, wars, conflicts and human sufferings left unnoticed and unattended by the United Nations and the world media who were, and still are rabidly obsessed with challenging Israel’s very existence and venting every human comfort and support to Arab political groups with Nazi manifestos calling themselves, Palestinians. A genre that did not exist until their creation in 1964, in much the same way that any other political party would be created, simply by funding.

Listed below are just a few examples of wars that happened and went unreported and where the legacy of these wars are still playing a part in human suffering today. Where were and are the BBC, CNN, The European Union, The United Nations…………….they were and still are blind, deaf and dumb to these human tragedies.. The victims in Africa should start calling themselves….”Palestinians ” as I am certain news teams will give them saturation media attention…..moreover tell the reporters that Israelis, no better still Jews were responsible and there will be no end of United Nations Resolutions within a week!!!

Here is a  list, but by no means a complete  list of recent conflicts – I’ll bet very few of you know any of the names of the Presidents, Prime Ministers or the names of conflicting tribes connected to these genocides . I never saw any media coverage on my TV screen about the following:

Now the list above constitutes about one half of the conflicts during the last fifty years with similar death rates which did not receive adequate if any  UN nor media attention . Some other conflicts which are omitted such as the current Yemen and Syria wars, the Iraq war, the Russian Chechen war, the Chinese Tibetan and Chinese Uyghur conflict  the Boko Haram insurgency have received media cover. But none has ever received the rabidly obsessive saturation coverage that the Israeli Palestinian   conflict has been subject to. And the overwhelming majority of media reporting has been biased against Israel and totally supportive of the Palestinians as a direct result of Islamic / Arab financial influence bribing political leaders, UN politicians and financing terrorism. Exacerbating these truths is a media full of inertia, incompetence and bigotry.

Now here’s the thing…..all of you would know the names of every Israeli or Palestinian leader since 1948, or at least many of those characters. But how many of you know the names of any of the principals involved in the above conflicts.

The media not reporting these events – why?

Was the death of a Palestinian so much more worthy of reporting than the death of an indigenous African? Why did the BBC not have scores of reporters in Mozambique , Sierra Leone, Rwanda or  in other geographical zones plunged into war?  And why did they commit to  total concentration reporting of all things Israel?

Proportionately deaths in other conflict zones as highlighted above were far more numerous than the Israel Palestinian  conflict but such numerical facts were deemed inconsequential as bigotry and antisemitism took precedence.

Not having formal diplomatic relations with Israel is different from not recognizing Israel but even lack of diplomatic relations is no bad thing for Israel. In fact in my opinion it is a badge of courage and purity. For example, Israel should be pleased it has no diplomatic relations  with Mauritania where apartheid is within the culture and Haratines or black slaves are at the mercy of Bidanes, or white skinned people , How strange that the UN has never called for sanctions against Islamic Mauritania nor the BBC ever identified the apartheid culture within that country.

In Niger, political prisoners are tortured, slavery is within the culture – the Tuareg rebellion has slaughtered hundreds……no UN sanctions nor media cover. I could easily elaborate further. Words fail me.

The following African countries do not ‘recognize’ Israel:

Algeria, Libya, Somalia and Sudan .Algeria apart, the others are virtually disaster areas where civil war, slavery, starvation and where human rights are nonexistent. The Slave trade, that is Muslim slavers and indigenous black African slaves are the main economic drivers of these countries. No calls for sanctions, no concentrated media reporting or UN action or resolutions. Israel should pride herself on being isolated by these racist States.

The upside is that there are now 15 African countries with permanent embassies in Israel and seven more African countries using these embassies as diplomatic missions. Trade ties are constantly improving as Israeli technology within Africa is once again assisting from where it began in the early 1960’s.

Words are totally inadequate to explain my anger and bewilderment. All I can suggest is that during the period under scrutiny, we the general public have been served badly by those we elect. Furthermore, those who we rely on to report such atrocities are among the most professionally incompetent and cowardly not only of their generation but of previous and future generations.