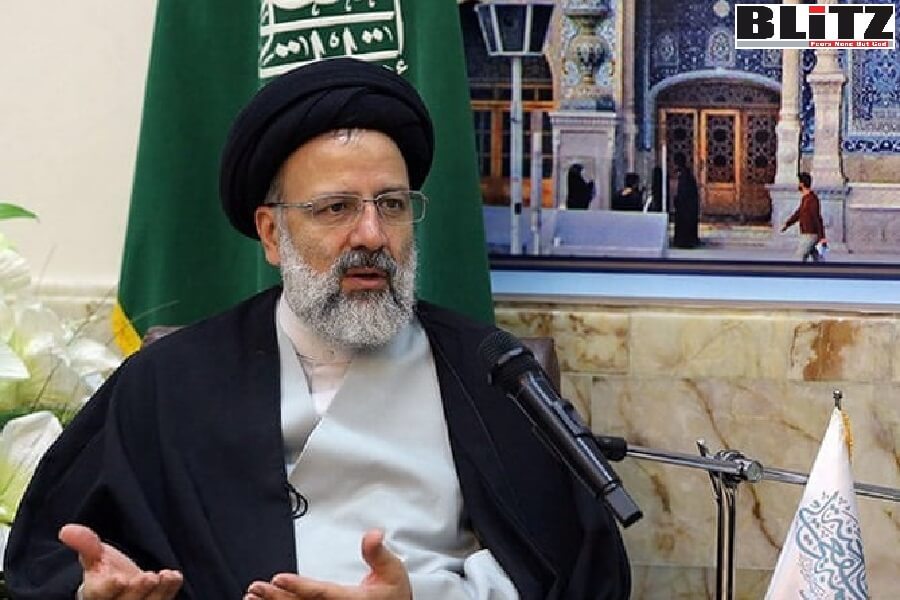 In the recent bogus election, mass-murderer and half educated Ebrahim Raisi has emerged as the new president of terror-patron Iran. Commenting to Raisi, experts on Iranian affairs said, clerics in Iran are taught oratory skills in seminaries. This provides them a tool to speak with sophistry in front of an audience, so they can out-speak the common people.

However, in the case of Iran’s new mass executioner president, Ebrahim Raisi, this is quite different. Raisi was appointed as assistant prosecutor at the age of 20, and later the prosecutor of Karaj and Hamedan, while he had never finished his full education, and did not possess a law degree. Many believe he attended school for only six grades. His role was to issue death sentences for those who opposed Ruhollah Khomeini, the founder of the Islamic Republic of Iran.

His lack of oratory skills is evident in all his public speeches, and Iranians have ridiculed him publicly and on social media.

Raisi connects a string of meaningless and unrelated words in a sentence to answer questions, or just answers with a yes or no, refraining from further explanations.

This not only demonstrates his illiteracy but his lack of skills as president, a position that needs to deal with worldwide leaders, and public speaking at the United Nations.

In recent interviews, Ebrahim Raisi was asked about how he plans to solve the housing problem in Iran. Raisi replied by repeating many times that housing is one of the main problems of Iranians and that Iranians spend 50 percent of their expenses on housing. He also said this problem should be solved. But in the end, the main question, as to what his plan is, was never answered.

In another speech, Raisi tried to praise Iran’s Supreme Leader, Ali Khamenei, saying literally, “All that comes out of the throat of the leadership is what the people want”. In the Persian culture, this method of speaking is socially insulting, let alone politically.

When asked about the national COVID-19 vaccine, Ebrahim Raisi replied with a string of words that do not make sense in Farsi, much less when translated.

“That which is needed for the nationally produced vaccines is that foreign production should be fast, immediate, and people should feel at ease,” is the literal translation of his sentence.

Raisi’s incompetency as president is so obvious that some say Khamenei’s son, Mojtaba, who aspires to be the successor to his father, will undermine Raisi’s possibility at becoming the next Supreme Leader.

According to media reports, Iran parliament plans to pass a bill this week to “protect the rights of internet users and foreign apps”. In early June, Iranian MP Reza Taghipour shed light on a new bill in the parliament which would ban foreign messengers if passed. The June 6 interview was later removed from Tasnim.

An Iranian IT website wrote the new plan will create “fundamental changes” in how app messengers, users, and internet monitoring and bandwidth operate. The plan will require national and foreign messengers to register in one place and abide by Iran’s rules. All messengers must also receive permission from a new controlling entity called Organizing and Monitoring. This entity will be tasked with deciding on what will be filtered, registered, and monitored among other duties. The entity will also issue the order to authenticate users according to policies provided by Iran’s Supreme Council of Cyberspace.

After the bill is passed, all apps must adapt with the new law, otherwise they will be blocked by the Ministry of Communication & Information Technology.

What is in the new bill?

The plan also states that 10 percent of revenues from international internet traffic will be given to national apps, whereas foreign apps will be banned from business services, financial and bank services.

The full detailed plan is published in Iran’s Laws and Regulation database.

A long-term plan to cutoff the outside world?