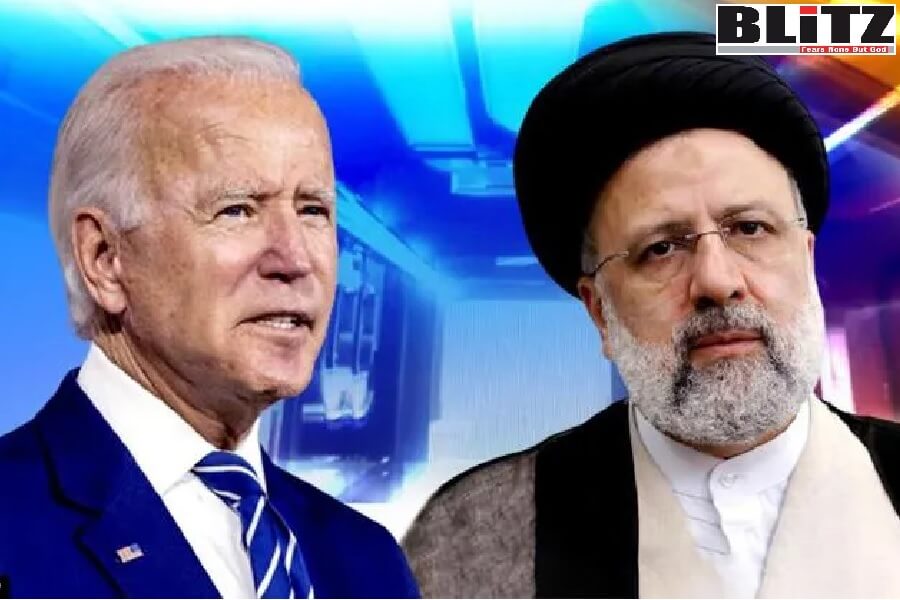 While at the frantic persuasion of the US President Joe Biden, western leaders agreed to “strengthen their forces on Europe’s eastern flank, increase military aid to Ukraine and tighten sanctions on Russia”, Iranian mullah mafia regime seems to be seeing extraordinary atmosphere of opportunities of extracting billions of dollars from the Biden administration and his western allies. At the same time, neo-Nazis in Ukraine are enjoying privilege of using the western media as their propaganda machine in spreading rumors, lies and twisted information. Unfortunately, policymakers in Kremlin are possibly seeing themselves into extreme odds, where none of the media in the world are showing interest in granting space to Moscow in countering the ongoing lies of the US and western media conglomerates.

Majority of the international media are showing Russia’s special operations in Ukraine as invasion and competing in hiding the plain fact of Ukrainian President Zelensky’s extreme romance with neo-Nazis and terrorist groups.

“We must ensure that the decision to invade a sovereign independent country is understood to be a strategic failure that carries with it ruinous costs for Putin and Russia”, Canadian Prime Minister Justin Trudeau told the EU parliament.

Various nations announced new military and humanitarian aid including promises to take in refugees. And the EU was set to unveil steps to wean itself off Russian energy.

Still, the pledges stopped short of President Volodymyr Zelensky’s calls for a full boycott of Russian energy and a no-fly zone over Ukraine where Moscow’s bombs are wreaking havoc.

Meanwhile the United Nations said, more than half of Ukraine’s children have been driven from their homes.

Moscow responded to Thursday’s show of unity in Brussels by saying the West had itself to blame for the war by arming the Kyiv regime.

US President Joe Biden said Russia should be expelled from the G20 group of major economies. The Kremlin accuses NATO of an “hysterical and inadequate” understanding of events in Ukraine, a former Soviet Republic linked since the 9th century when Kyiv became the capital of the ancient state of Rus. Putin says NATO’s eastern expansion has threatened Russia’s security and divided it from Ukraine.

Meanwhile, Zelensky, who has succeeded in winning admiration across the West has urged people around the world to take to the streets in support of Ukraine.

“Come from your offices, your homes, your schools and universities, come in the name of peace, come with Ukrainian symbols to support Ukraine, to support freedom, to support life”, he said.

While Zelensky made a call to everyone in the world to take to the streets in support of Ukraine, he has made a foul bid by forcing all the private-owned media outlets in the country in becoming his mouthpiece. It is also alleged that members of the Azov Battalion and other neo-Nazi forces are threatening journalists in Ukraine to refrain from countering propaganda activities of Zelensky and his cohorts.

According to political analysts, Ukraine crisis is a grand opportunity for Joe Biden in particular who has been suffering from sinking approval ratings while it is anticipated that during the November midterm elections in the US, Democrats will face a humiliating defeat both in the Congress and the Senate. That means, extreme difficult time is approaching fast for Joe Biden and his party. But, it is yet to know, how much damage he will cause by that time to America’s national interest by appeasing Iranian mullah mafia regime, Houthi terrorists and other terrorist groups in the world, including Hamas.