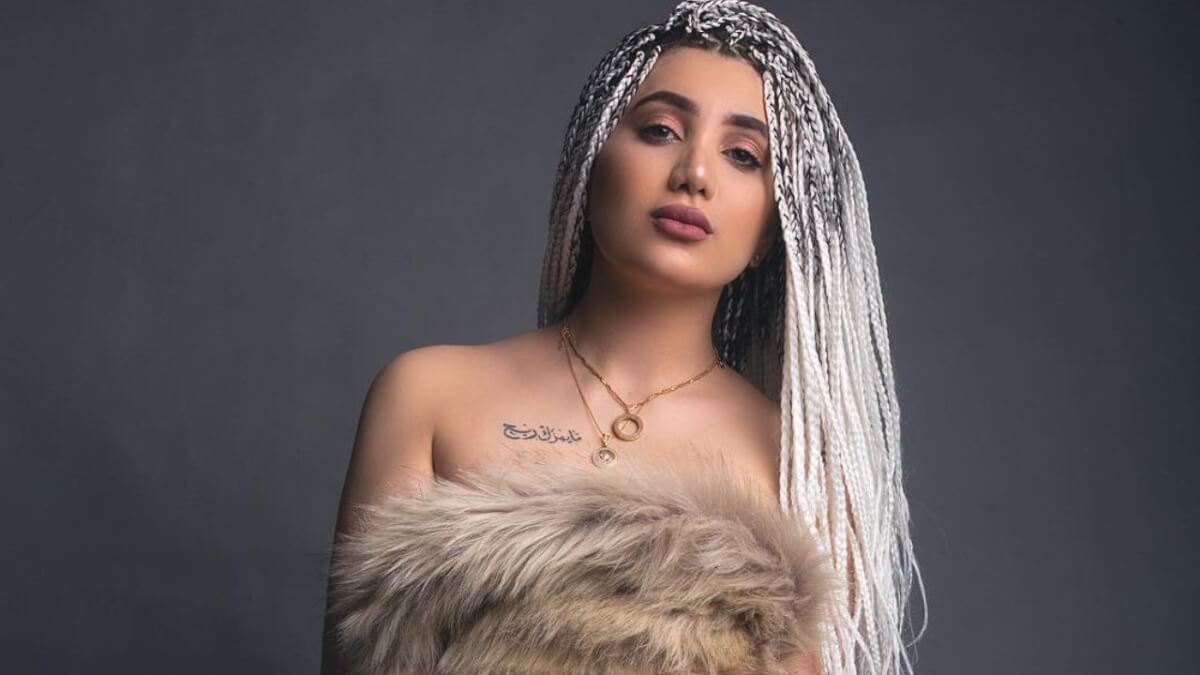 One of her last Instagram posts shows her with green angelic wings, a crown and wrapped in glowing coils. Tara Fares was gunned down on Thursday, September 27, as she drove in Baghdad. A motorcycle with the perpetrators sped off. “We belong to God and to him we return,” reads a memorial post on her Instagram.

Fares was the latest in a string of women to be murdered mysteriously in Baghdad and southern Iraq in what locals fear is a growing trend of intimidation against outspoken women. Fares was a described as a model and beauty queen, but her real impact was online with her 2.8 million Instagram followers. She also had an active fan club (@tarafaressfans) that posted her photos online.

Some have pointed a finger at Islamic State, with Turkish newspaper Hurriyet claiming she received threats from ISIS. An article at the Kurdish media network Rudaw noted that the Christian community of Iraq from which Fares came “has suffered repeated persecution for their faith at the hands of different Iraqi regimes.”

Her murder is seen as connected to the targeted killings of others. Rafeel al-Yaseri and Rasha al-Hassan, who were involved in the beauty industry and plastic surgery in Iraq, were killed in August. An activist in Basra named Suad al-Ali was also murdered this month. Last year, a male model named Karar Nushi was also murdered in Baghdad.

Fares lived in Erbil in the Kurdistan region but had gone to Baghdad from time to time, and was targeted on her recent trip. Erbil is considered safer, and many Christians have fled areas such as the Nineveh plains for the security of the Kurdish region.

Rasha al-Aqeedi, who is from Mosul and a fellow at the Foreign Policy Research Institute, asked, “How desperate, insecure do you have to be that Tara was a threat to you? The fragile masculinity of those who have access to arms in Iraq is staggering.”

She connected it to the recent Brett Kavanaugh hearing in the US. “As the world watches Christine Blasey Ford’s courageous testimony, another social media figure in Iraq was gunned down,” she said.

But who is killing the women, ask Iraqis. Many privately suggest it is not a simplistic story about ISIS or shadowy “fanatics” but rather a more complex motive.

“In one of her videos she cursed a Shia clergyman,” one source said. According to a video posted online after her death, she had complained after a Shi’ite clergy proposed a “temporary marriage” and had claimed politicians in Iraq had robbed the country. Temporary marriage is often used as a euphemism for prostitution in neighboring Iran, and the proposal to her implies she was being harassed and propositioned.

Iraqis express pessimism that the murder will lead to change. Even though one woman has been nominated for the presidency of Iraq this year, it is not seen as an advancement amid the killings. An employee of Al-Iraqiya TV, who worked at the Supreme Judicial Council of Iraq called Fares a “whore,” causing further outrage and calls for his dismissal.

Amid the outpouring of remembrances for Fares and the international coverage, the government has said it will act. A spokesman for the Interior Ministry in Baghdad said that the prime minister had ordered the creation of a special committee to bring the perpetrators to justice. In a private message, one man who knew Fares said that she had lived near him and she was warned not to go to Baghdad. He said people spread rumors that she worked as a prostitute and “this is the reason why they killed her.”

Fares is seen as a kind of symbol for many Iraqis to speak out about the growing sense that far-right conservative extremists are targeting women. Arayish Barzinjee-Martsch, who was born in Erbil and follows politics in Iraq, wrote that up to five women have been recently killed, and although Baghdad is calling for an investigation, Iranian influence may be to blame.

“Iran is trying to turn Baghdad into a sort of religious center or something,” he said. “In my opinion, they are making examples of these prominent women to quiet others who want to break the mold.” It is about enforcing social norms, more than politics, he said.

Another source from southern Iraq thought the attack was carried out by Iranian-funded members of the Hashd al-Shaabi group of Shi’ite militias. But he argued it was not likely carried out by militias loyal to Iraqi cleric Ayatollah Ali al-Sistani, rather those closer to Tehran.

“Iranian aligned parties are not happy with the state of civil society activities after the Basra protests.” The protests in the city of Basra have targeted Iranian-backed parties.

It wasn’t about her being Christian, but her behavior, drinking in public and how she dressed, another Iraqi who asked to remain anonymous argued.

“This is what happens after thousands of young men go to war under religious banners and come back to cities,” he said, referring to the Shi’ite militias who fought ISIS and have now come home to places like Basra and Baghdad.

Online the discussion has turned to a kind of ‘Me Too’ moment. “The recent assassinations of female public figures in Iraq have prompted commentators to voice their concerns,” writes one woman who goes by the handle @Observer46664. “Iraqi women who live here have ALWAYS been painfully aware of their vulnerability and fragile social status.” The “proud Iraqi feminist,” wrote on Twitter that “I am an Iraqi woman who lived in Baghdad and my work allows me to see women and girls daily, the sheer horrors that I have been seeing and hearing is beyond disheartening.” She says that it is difficult to reconcile her love for the country with the patriarchal culture “holding back Iraqi women.” And the oppressors are not just a small minority, but “are products of a dominant culture that puts men first.”

With each killing, the chances that another woman will take the victim’s place and try to persevere and challenge the system decreases. With the protests in Basra and uncertainty over who will run Iraq next, including a continued ISIS threat, there is a sense that the country faces yet another crossroads. The killing of Fares was symbolic, another attempt to silence an open-minded voice in a country that sought to leave behind the dark days of ISIS and emerge stronger. Instead, locals feel that militias and clerics will continue their overbearing influence. “The killings will continue, the government didn’t even call this terrorism,” a man in Mosul wrote.