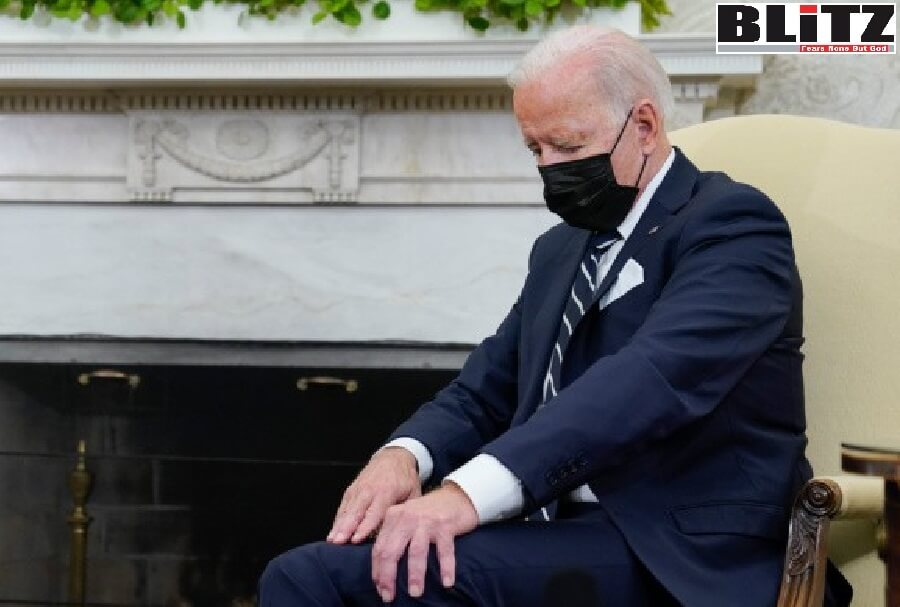 Iran is returning to nuclear talks in Vienna. Meanwhile, Israeli Prime Minister Neftali Bennett and Foreign Minister Yair Lapid are concerned because last week had brought a perfect storm of circumstances that threaten to complicate their hopes for a better relationship with the Biden administration. Both the leaders see establishing a good rapport with Joe Biden and his administration as one of the main goals of their coalition government that took office in June. But recently, blistering criticism was issued by the US State Department on two issues: its renewed commitment to reopening a US consulate in Jerusalem and settlement building in the West Bank.

Meanwhile, media reports said, due to the security tension and the stalemate in negotiations with Hamas in the prisoner swap deal, the Palestinian mega-terror outfit may push to carry out attacks on Israel. With this target, Hamas conducted a maneuver this week in which it stimulated a number of scenarios, including Hamas detonating the upper part of the wall through large vehicle bombs and border breaking activities.

It has come under the radar of Israeli authorities that in the recent months, Hamas has begun to make and focus a great effort in rehabilitating and developing its military capabilities, with the direct support from Iran.

While Biden team saw former Prime Minister Benjamin Netanyahu as the devil incarnate, it is also furious on the new government for the announcement that a few thousand new homes would be built in existing West Bank settlements, as well as the designation of six Palestinian non-governmental organizations as terror groups. The two are also painfully aware that their attempts have failed to persuade the Americans to back off their determination to renew efforts to appease Iran and bring it back into a nuclear deal that Israelis believe is a disaster. All the sappy rhetoric Bennett and Lapid could muster in public about their affection for Biden and their belief in his friendship for Israel flopped, as did their strong arguments and warnings about the folly of engagement with Iran that they delivered in private.

On top of that, Joe Biden’s clear determination to reopen a US consulate in Jerusalem to serve as an embassy to the Palestinians, even if it is done after the Israeli leftist-Islamist coalition passes a budget in November, would put the existence of the Israeli government in peril of collapsing. While Neftali Bennet and Yair Lapid are trying to stop Biden administration from doing something which would potentially undermine Israel’s sovereignty over its capital, inside Biden administration, there are a number of key players, who are playing cards in favor of the Palestinians. In this case, Kamala Harris is one of the most prominent pro-Palestine individuals, who maintains closer relations with Rashida Tlaib in particular as well as other Palestine sympathizers of anti-Semites within the US Congress, Senate and the White House.

However, according to experts on Middle Eastern affairs, more important than the current coalition government, comprising rickety alliance of right, left, centrist and Arab political parties in Israel is something else. The question Bennett and Lapid need to be asking themselves is whether, even without having Netanyahu as their antagonist, this administration is really prepared to return to the situation between the two countries that existed in December 2016. If so, the Jewish state is in for a rough ride in the coming years. And no amount of eyewash about a belief in a bipartisan consensus in America supporting the US-Israel alliance will be enough to cushion the damage that an openly antagonistic administration could do.

The arguments for a worst-case scenario for a rapid and steep decline in amity between the two nations are strong.

The first concerns the personnel in place in the State Department and the White House.

Joe Biden has been wrong about every important foreign-policy issue for 40 years. He always tells listeners how much he loves Israel but also thinks he knows better than its leaders and its people about what is in their best interests. He believes in applying “tough love” to naughty Israelis who need American guidance. Biden also doesn’t take kindly to criticism. His self-esteem is such that he regards challenges to his diktats as insults. Netanyahu learned this when the announcement of home-building in Jerusalem in 2010 during a Biden visit led to a major incident between the two countries because of the then-vice president’s allegedly hurt feelings.

If anything, Biden has grown even more thin-skinned since then as his consistently short-tempered responses to non-sycophantic questions from citizens and journalists alike have shown in the last two years.

Under the current circumstance, Biden and his chief advisers are not complete fantasists, so unlike former President Barack Obama, they don’t actually expect to miraculously bring about a two-state solution that the Palestinians don’t want. But should Bennett summon up the spine to resist Biden’s will on the consulate or find the temerity to publicly challenge him on Iran, the blowback may have serious consequences. Inside Biden administration, Deputy Secretary of State Wendy Sherman and Robert Malley, the special envoy for Iran, are veterans of both the Clinton and Obama administrations and have a far less favorable view of the relationship. Sherman was the architect of disastrous nuclear agreements with both North Korea and Iran, and has learned nothing from her mistakes. Malley was, among other things, an apologist for Palestinian leader/terrorist Yasser Arafat and a leading advocate for a rapprochement with Iran.

Just as troubling is the fact that throughout the federal bureaucracy, there are people, like, for example, Hady Amr, Assistant Secretary of State for Israeli and Palestinian Affairs, who reflect the views of the Democratic base on the Middle East. Younger and more in tune with the intersectional ideology and critical race theory ideas that dominate the academy and left-wing activist discourse, they view Israel with a degree of hostility absent among older peace processors and diplomats.

With a short-tempered Joe Biden, who is already self-victim of his old age and numerous health issues, Israeli leaders need to handle him with extreme caution, as entering into confrontation with Biden would only result in unexpected political and diplomatic setback for the Jewish State. Joe Biden may not step forward in pleasing Palestinians with what they want. Instead, he may maintain a neutral position in this regard. But of course, things may turn extremely difficult for the Palestinians, once they continue their terrorist agendas against Israel and let Hamas more openly serve as the proxy of Iran.

To my understanding, while the Democrats will face a humiliating result during the 2022 midterm elections, Hamas will more aggressively expose its terrorist face to Israel and the world. At the same time, Washington may start receiving further bad news from Afghanistan and Iran. Meaning, Biden administration will be facing severe threats from within the country and outside. This will be a time, when Joe Biden needs to tackle the situation with extreme caution. If he fails, because of his short-temper and other limitations, he would certainly push the Democratic Party towards a disaster in 2024 election. While no one says yet that Donald Trump would succeed in getting nomination from the Republican Party, there are predictions about either emergence of new leaders inside the house of conservatives.