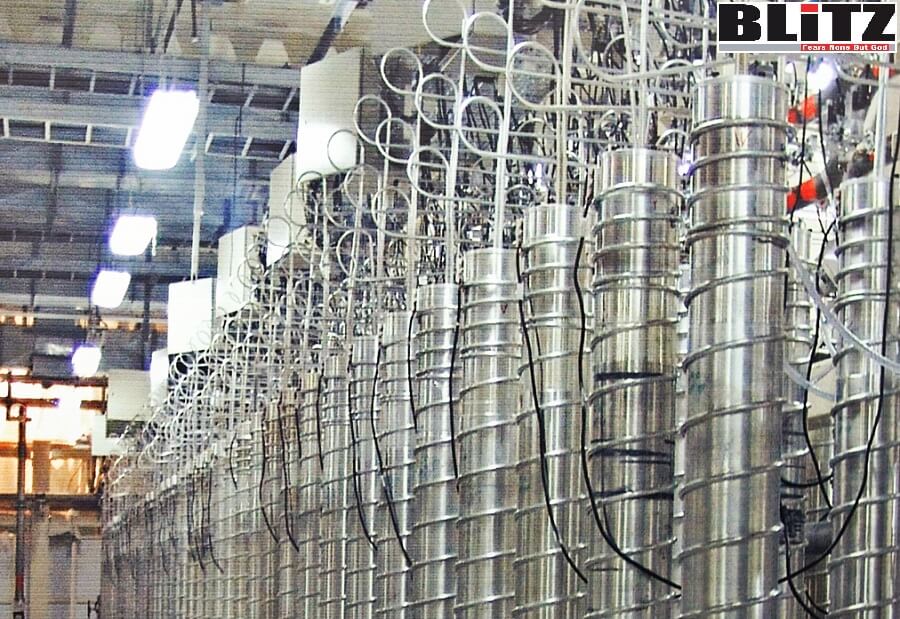 The latest sabotage of centrifuges at Natanz, this past April, was apparently carried out by Iranian nuclear scientists – possibly as many as ten — who were disaffected members of the regime, and thought they were working for the National Council of Resistance, whose military arm is the People’s Mujahedeen of Iran (MEK), rather than the Mossad. Writes Hugh Fitzgerald

Here is an unusual article, linking Nazi Germany’s race for a nuclear weapon to that of Iran today: “Howard Epstein’s Letter From Israel Our Spies In Their Midst,” by Howard Epstein, IsraelSeen, December 15, 2021

Frayn’s brilliance was to link Heisenberg’s uncertainty principle to the purpose of his meeting with Bohr, under the noses of the Gestapo in Nazi-occupied Denmark. What on earth did they discuss? It is uncertain to this day. (They could not even agree upon it when they met after WWII.)

The backstory is that these were two of the foremost physicists on the planet, and in 1941 Heisenberg was one of the leading lights in Hitler’s programme to build the atomic bomb. Bohr’s mother’s Jewishness was enough for the Danish underground to smuggle him in 1943 to nearby Sweden, en route to London. Finally, he joined the Manhattan Project at Los Alamos, where, debriefed, he told his handlers that he understood that Heisenberg had wanted to impart the warning that the German project was going well, and the Americans had better get their skates on.

After the end of WWII, when the British Army broke into Heisenberg’s laboratory at Haigerloch, on the edge of the Black Forest, they discovered a different truth – a rudimentary nuclear reactor lay in a pit in the ground, going nowhere and certainly incapable of a chain reaction….

Given the genius of Heisenberg, and the simplicity of the solution, historians have long questioned whether Heisenberg, who was never trusted by the Nazis, secretly wanted the German effort to fail – and that was what he had wanted to tell Bohr.

Both interpretations of Heisenberg’s visit to Bohr can be true. Heisenberg wanted to convey to Bohr that Germany was advanced in its nuclear project and the Americans should get cracking. But he may have also tried to signal that there were also those scientists –it would have been dangerous to name them, for their safety’s sake –which undoubtedly included himself, who were determined to do what they could to slow down Germany’s progress.

Those of you who are still with me and have not given up at the apparent irrelevance of this tale to Israel may already have guessed at the connection.

While the Americans are witlessly appeasing the Iranians in Vienna, and having Persian rings run around them, the Jerusalem Post last Friday carried two stories that possibly echo that of Heisenberg. Reportedly, last April as many as ten Iranian nuclear scientists helped destroy large numbers of centrifuges at the Natanz nuclear facility. They may or may not have known that it was Mossad who recruited them but the outcome of the work of the sleeper spies within the Iranian nuclear project was as destructive as several that have preceded it, and very much to Jerusalem’s satisfaction.

And the other relevant story? At an award ceremony for twelve Mossad agents who received certificates of excellence, David Barnea, their boss, pledged, “Iran will never have nuclear weapons – not in the coming years, not ever. This is my personal commitment: This is the Mossad’s commitment.”…

The latest sabotage of centrifuges at Natanz, this past April, was apparently carried out by Iranian nuclear scientists – possibly as many as ten — who were disaffected members of the regime, and thought they were working for the National Council of Resistance, whose military arm is the People’s Mujahedeen of Iran (MEK), rather than the Mossad. In the past, Mossad had simply eliminated Iran’s top nuclear scientists; but now we know that it has also been working with its Iranian allies to identify those scientists who can be persuaded to work against the regime, and some of whom were willing, as Iranian patriots, to destroy centrifuges at Natanz, in a successful effort to again slow down Iran’s nuclear project.

This story is reminiscent of Werner Heisenberg’s 1941 mission to Niels Bohr in Copenhagen, discussed above, where the German scientist apparently signaled to Bohr, his friend and former teacher, not just that the Germans were far along and the Americans should get going – the original interpretation of his visit – but that the Allies needn’t worry about Germany’s project to build an atomic bomb because of internal sabotage of the project. The view of scholars now is that Heisenberg was letting Bohr know that German scientists, including Heisenberg himself, were actively sabotaging the project.

What must the Supreme Leader be thinking now? Mossad agents have wreaked enough havoc. But now there is evidence that Iranian nuclear scientists themselves are undermining, through sabotage, Iran’s nuclear program. Apparently as many as ten Iranian “traitors to Iran” are believed to have helped in the latest attack on Natanz, but so far no one has been charged, possibly because the Iranians still don’t know their identity.

At a recent award ceremony for twelve Mossad agents who received certificates of excellence, David Barnea, the new head of the Agency, said, “Iran will never have nuclear weapons – not in the coming years, not ever. This is my personal commitment: This is the Mossad’s commitment.”I have faith in Barnea – don’t you? Now that Mossad, working with the Iranian dissident group People’s Mujahedin (MEK), has demonstrated its ability to recruit disaffected nuclear scientists into the ranks of MEK and, by extension, making them unwitting agents of Mossad, Iranian authorities must be very alarmed. The Mossad agents were capable of so much destruction on their own, beginning with that Stuxnet computer worm in 2010 that they planted in the computers running the Iranian centrifuges used to enrich uranium, causing them to whirl so fast that they self-destructed; and then Mossad managed to assassinate, between 2010 and 2012, four top nuclear scientists. In 2018 came another act of derring-do – the seizure in Tehran, and removal to Israel, of Iran’s entire nuclear archive. Then there was the Mossad sabotage, on three different occasions, at Natanz, when much of the centrifuge plant was blown up. But at least Tehran knew, or thought it did, that its enemy consisted of Israeli agents of Mossad. Now in Tehran they can only wonder who, among the hundreds of nuclear scientists and technicians in Natanz and Fordow, can still be trusted, and who, thinking they are working for MEK, have become unwitting agents of Mossad? What tsunamis of doubt! Whom can Iran count on? Whom can Iran trust?