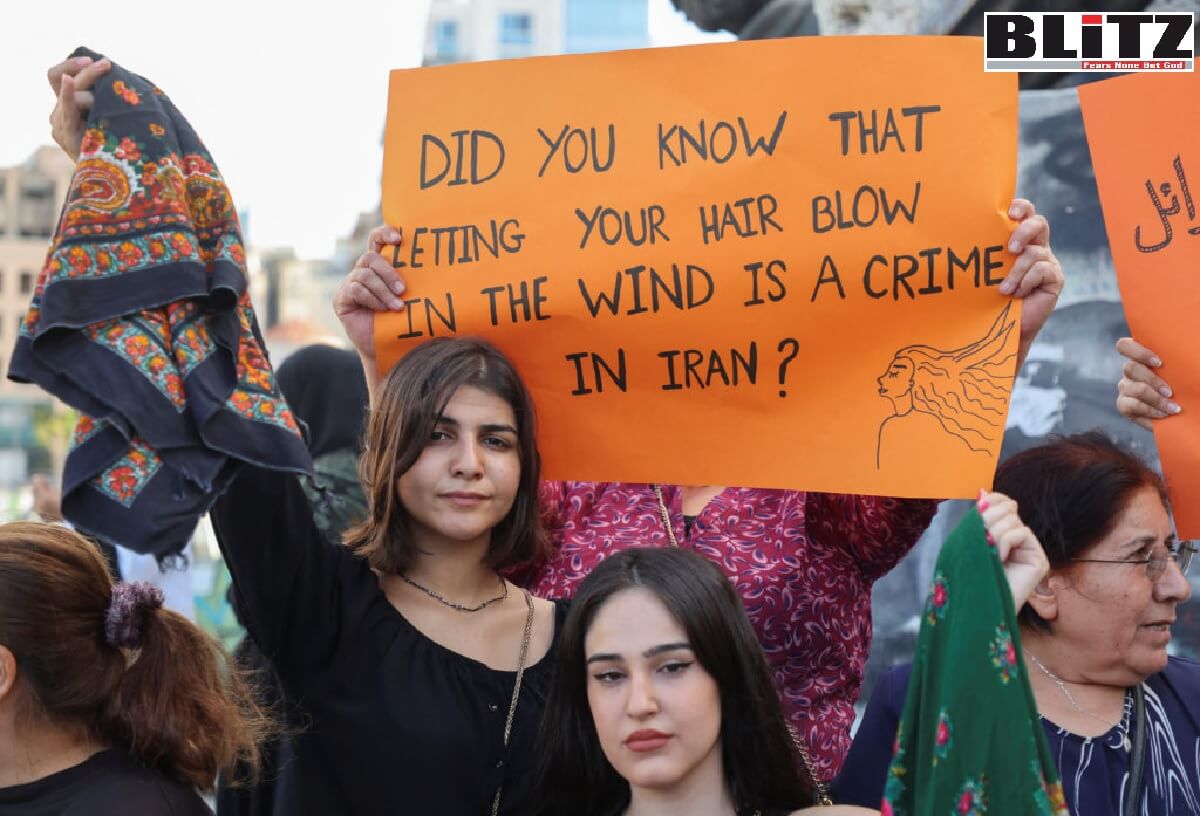 Iranian regime is planning to impose ban on officials from fleeing the country.

The report below says that “it is not clear if the timing of this proposal is related to nationwide antigovernment protests and the resulting political instability”, but the connection between the proposal and the ongoing protests, which many are calling a revolution, is quite clear. In December, Iran International reported “that the Islamic Republic has started negotiations with its Venezuelan allies to ensure they’d offer asylum to regime officials and their families should the situation worsen, and the possibility of a regime change increases.” Then on January 3, the Jerusalem Post reported about divisions appearing within the Islamic Republic leadership. Hamid Abazari, an IRGC official who once served as deputy commander of the Imam Hossein Training and Officer College, slammed senior regime commanders and officials for failing, as well as for standing “against the values” of Ayatollah Khamenei in the face of the protests. Abazari criticized officials who did not condemn the protests, including “first-rate officials of the regime,” whom he said were “among those who had stood against Khamenei”.

Given those events, regime loyalists are evidently now maneuvering to protect Iran’s assets as the protests run into their fourth month. If the Islamic Republic’s parliament succeeds in prohibiting administrators from abandoning ship, it will breed further division within the regime. The regime would have little choice but to unify, which would not be good news for the protestors.

The divisions are evident, as Hamid Abazari stated. The Islamic Republic has been severely weakened from within. The “values” of which Abazari speaks have not been strong enough.

The best-case scenario is that the regime will crumble. Yet it will be unwise to disregard the fact that Iran is governed by strict Islamic values, which sanction terror and murder in the way of Allah. Iran is a Shia country that adheres to a doomsday eschatology, and the Ayatollah Khamenei is a Marja, the highest authority in Shia Islam. Iran’s theology asserts that at the end of days, the Hidden Imam will appear in the midst of a violent apocalyptic scenario, played out on a battleground stained with the blood of infidels.

The Islamic Republic’s parliament is mulling over a plan to ban regime’s officials from leaving the country to stop them from moving capital out of Iran without accountability.

Hardliner member of parliament Jalal Rashidi Kouchi said Saturday that banning the exit of senior officials, which is on the agenda of this parliament, is meant for the “protection of the assets and documents of the people and the country”.

The plan is titled “Prohibition of the Islamic Republic of Iran’s administrators from leaving the country after completing their duties” and will be discussed at the parliament next week, IRGC affiliated Tasnim news agency said.

It is not clear if the timing of this proposal is related to nationwide antigovernment protests and the resulting political instability.

Referring to Iranian fugitive banker Mahmoud Reza Khavari, who was involved in an embezzlement scandal and fled the country to Canada, Rashidi Kouchi said such a plan would guarantee that officials cannot leave Iran with the money they obtained from embezzlement and bribery.

Khavari was the chairman of Bank Melli Iran until September 2011 and chairman of Bank Sepah’s board of directors from December 2003 until March 2005. He was involved in a big embezzlement case worth approximately $950 million. Khavari, who became a Canadian citizen in 2005, is a fugitive wanted by the judicial authorities of the Islamic Republic….

The move to adopt such measures can be seen as a sign that some Islamic Republic officials may be trying to relocate from Iran with their families and seek residence in other countries, while the regime wants to erect barriers. The pace of emigration by Iranians, officials and ordinary people alike, has accelerated since the current wave of protests. Many Iranians inside the country and abroad believe that the days of the clerical regime are numbered as the global community and international bodies have also started expressing support for the uprising and a serious financial-economic crisis is threatening stability.

Christine Douglass-Williams is Associate Editor of Frontpage, regular writer for Jihad Watch, a nine-time award-winning journalist, past Canadian government appointee; author of "The Challenge of Modernizing Islam" and "Fired by the Canadian Government for Critizing Islam".