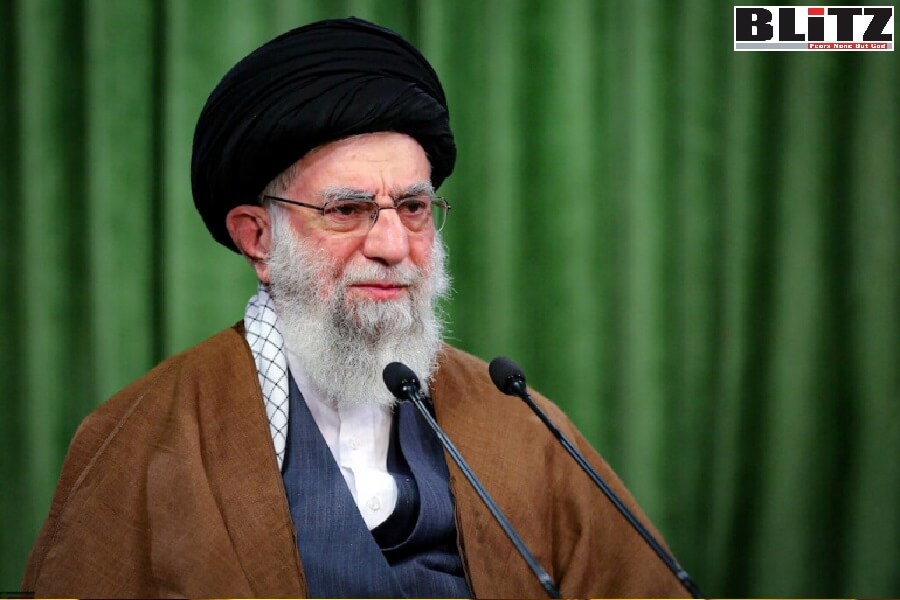 Right now Iran is teetering on the edge of economic disaster which, on the Iranian street, is translated into political rage. But don’t worry, Supreme Leader. Before your regime collapses, the Bidenite cavalry will come to the rescue, not of beleaguered fellow Americans, but of the malevolent regime that manages to survive, just, in Tehran. Writes Hugh Fitzgerald

The Supreme Leader is worried. The Ayatollah Khamenei has had the army try to suppress the continuing protests in Ahwaz, the capital of Khuzestan, the Iranian province where almost all of that country’s oil is produced. But force hasn’t worked. Even though a half-dozen of the protestors in Ahwaz have been killed so far, the marchers, furious with the regime for many reasons, but at this point especially angry over the lack of water in the largely Arab province, refuse to disperse. So Ayatollah Khamenei is now trying another tack, expressing understanding of, and sympathy with, the rioters, in the hopes that a soft answer will turneth away wrath. The latest report on the protests in Khuzestan is here: “Five dead during Iran water shortage protests, Khamenei comments, Reuters, July 23, 2021:

Supreme Leader Ayatollah Ali Khamenei said on Friday [July 22] that Iranians protesting over water shortages cannot be blamed, and called on officials to deal with the water problem.

Street protests over water shortages spread from the oil-rich southwestern Khuzestan province to a nearby area overnight [the province of Lorestan] where one youth was shot dead with pellet guns and seven were injured, a police official said, blaming “counter-revolutionaries.”

When the police in Iran claim that protesters were killed by “counter-revolutionaries,” everyone understands perfectly — it’s the police.

“The people showed their displeasure, but we cannot really blame the people because the issue of water is not a small one especially in Khuzestan’s hot climate,” Khamenei was quoted by state TV as saying, in reference to the protests.

Khamenei might have done as he has done many times before: call down the power of the army to suppress the protesters, then arrest the ringleaders, and throw them in prison. But this time, he admitted that they should not be blamed. There is indeed a water problem. However, the Supreme Leader still puts the blame on nature: Iran is suffering its worst drought in 50 years. That human folly – the mismanagement and corruption of his own government might also have contributed to the disastrous lack of water in hot Khuzestan – is not discussed.

“Now, thank God, all the various agencies, governmental and non-governmental, are working (to resolve the water crisis) and should continue with all seriousness,” Khamenei added.

How will all these “various agencies” manage to “resolve the water crisis”? Will the heavens open? The main thing that the Iranian government can do is to cease its policy of diverting what water there is in Khuzestan to other areas of the country where not Arabs, but Persians live. This favoring by the Islamic Republic of the roughly 50% of the Iranian population that is Persian over the four other major ethnic groups – Arabs, Azeris, Kurds and Baloch — is a source of great unhappiness to those groups. The Arabs of Khuzestan have other grievances, too. Almost all of the oil that Iran produces comes from Khuzestan; the Arabs live amidst that wealth, they see the black gold being pumped out of their ground and hauled away in trucks; they are keenly aware that they share very little of the resulting riches, that end up being spent by the government in Tehran mainly on the privileged Persians and on making mischief abroad.

Demonstrators in the town of Aligudarz in Lorestan province marched to voice support for protesters in neighboring Khuzestan late on Thursday on the eighth night of protests. Videos showed protesters chanting slogans against Khamenei.

Khamenei must be alarmed. Not only are the protests in Ahwaz among the Arabs not dying down, but they have spread to Lorestan, a province just to the north of Khuzestan, where marchers shouted their support for the protesters in Ahwaz. And in Lorestan, two-thirds of the people are Kurds, which means that, as in Ahwaz, it is not only fury over the mishandled water problem, but also ethnic resentment of the domineering Persians that feeds the seemingly unassuagable anger.

Other videos from Aligudarz showed two young men who appeared to have been shot….

At least one policeman and three young men had been shot dead in earlier protests. Officials have blamed “rioters,” but activists said on social media the protesters were killed by security forces in Khuzestan….

Eight killed so far — as of July 22 — in Khuzestan and Lorestan. Will the killing continue, or is Khamenei’s new-found “kinder, gentler” approach now going to prevail, filtering all the way down to the Iranian soldiers trying to contain the protesters? They might discover that the Supreme Leader is right; letting the protesters march and shout themselves hoarse is the best way to calm the figurative waters. And while the ethnic resentments of Arabs in Khuzestan and Kurds in Lorestan will always remain, at least the anger over the drought can be mitigated. All Tehran has to do is to collect the water that has been taken out of Khuzestan and Lorestan and redirect it to It those parched provinces. It will buy the Supreme Leader time, while his monstrous regime waits, expectantly, for the capitulation by the Americans on the Iran deal, which when it happens will bring in so many hundreds of billions of dollars to Tehran that can be used to buy, once again, the temporary loyalty of Iran’s disaffected minorities.

Right now Iran is teetering on the edge of economic disaster which, on the Iranian street, is translated into political rage. But don’t worry, Supreme Leader. Before your regime collapses, the Bidenite cavalry will come to the rescue, not of beleaguered fellow Americans, but of the malevolent regime that manages to survive, just, in Tehran. Those four horsemen of the apocalypse, Biden, Blinken, Sullivan, and Malley, will lift those crippling sanctions, and provide Iran with a new burst of unfreedom that, as long as the Bidenites rule, shall not perish from the earth.