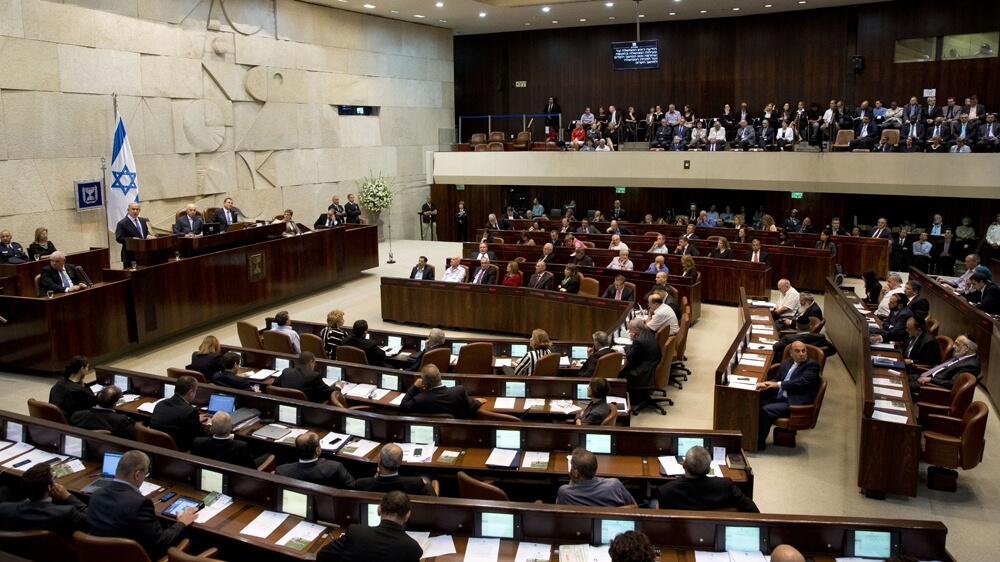 Israeli Culture and Sport Minister Miri Regev may be about to get her wish. The Knesset has taken a first step towards passing the so-called “loyalty in culture” bill that would enable her to cut funding to cultural institutions that “contravene the principles of the state.” Regev has been focused on the issue of state support for Israeli arts institutions that produce anti-Zionist work since she assumed office in 2015. But with the bill passing its first Knesset hurdle in committee, the arts community in Israel is sounding the alarm about censorship and the end of democracy.

Like much of the discussion about the alleged attack on democracy by Israeli Prime Minister Netanyahu and his ministers, this complaint is disingenuous. Even if the bill passes, it won’t amount to censorship of the arts. But it does raise questions about the dangers of government involvement in arts funding, an issue that has roiled both politicians and the arts community in the United States as well as Israel.

Regev has become something of a bête noire for her country’s artistic elites, who regularly denounce her as the ultimate Philistine. They believe that her critiques are nothing more than cynical rabble-rousing. Moreover, the artists who have signed a petition denouncing Regev and the whole idea of “loyalty in culture” accuse her of trying to transform her position from one whose duty is to promote artistic achievement and bring culture to the people to one of chief censor seeking to silence those who don’t share her views.

That Regev’s motives are primarily political is not in doubt, though that still begs the question of why it is the State of Israel should be spending taxpayer money on supporting work whose aim is to delegitimize Zionism, and give aid and comfort to those seeking to destroy it.

A case in point was the incident last year when the state-supported Acre Theater Fringe Festival planned to put on a play about Palestinian prisoners in Israel that reportedly depicted imprisoned terrorists sympathetically, while damning the Jewish state. Regev demanded that “Prisoners of the Occupation” not be staged by a government-funded theater. The resulting kerfuffle led to resignations on the part of festival’s organizers and boycotts by offended artists.

Yet Attorney General Avichai Mendelblit also sternly criticized Regev for her role in the affair, saying she had no right to use her position to deny funding to any arts group because she didn’t like their content. In response, Regev described Mendelblit’s ruling as “delusional.” According to her it meant, “They’re forcing me to fund plays that provide a platform for terrorists with blood on their hands. It’s theater of the absurd! It’s inconceivable that anyone in this country should force me to be an ATM.” That standoff led to the drafting of the “loyalty in culture” bill.

These types of controversies aren’t limited to Israel. For decades, U.S. conservatives have groused about the way arts institutions have offended the sensibilities of ordinary Americans with exhibits like “Piss Christ” or plays that seem to be parables for the assassination of Republican presidents. They have also sought to abolish the National Endowment for the Arts.

Does Regev’s bill violate the rights of the artists? Not really. There is a big difference between saying that you don’t want to pay for art and the police shutting down plays or imprisoning artists. Just as the right to free speech doesn’t entitle everyone with an opinion to their own newspaper, neither does it grant every artist the right to a government-funded soapbox. While citizens’ taxes can go towards paying for things they may personally despise, there is something particularly egregious about subsidizing political art whose avowed purpose is to offend.

But that’s the problem with government arts funding. Once you start spreading around state cash, imposing political litmus tests are troubling. That’s true even if those being defunded can be fairly accused of having political, rather than purely artistic, motives.

When a nation establishes a Ministry of Culture, as Israel has done, an uneasy and often toxic relationship between government and art is a given. Yet efforts to create even the most reasonable safeguards are bound to be confused with censorship. At that point, the funding process becomes a form of patronage, and the result does neither the government nor art much honor.

This means that democracies have only two rational choices: Governments can either stay out of the arts business, or they must fund it and learn to live with the consequences.

That doesn’t correlate into paying for every piece of trash or agitprop that pretends to be art. Funding a large variety of efforts, especially those rooted in local communities rather than just the playgrounds of left-wing elites or large institutions that should pay their own way, is a sensible option.

Subsidizing artists isn’t one of the essential purposes of any democracy. But like support for science, governments need to protect and promote the humanities because doing so is essential to the advancement of civilization. Not everything it pays for will be good or even lasting. However, a society that values art without seeking to use it—as totalitarian governments do—to bolster the cult of the state can do much to enhance the lives of its citizens and humanity at large.

The last thing Israel needs is to have one of its ministers be accused of censoring even the most offensive art. Protecting free speech—something that Israel, like other nations without America’s First Amendment protections, sometimes fails to do—means also living with obnoxious speech, which is far less of a threat than the alternative.

The notion of forcing culture to be “loyal” even to the most laudable principles isn’t something anyone who believes in democracy or the arts should be comfortable espousing. While Regev’s objections to anti-Zionist propaganda are entirely reasonable, if Israel’s government doesn’t want to subsidize offensive projects, then it should defund all of the arts, including those Regev might like. Anything else will inevitably put them in a spot no democracy should seek to place itself.