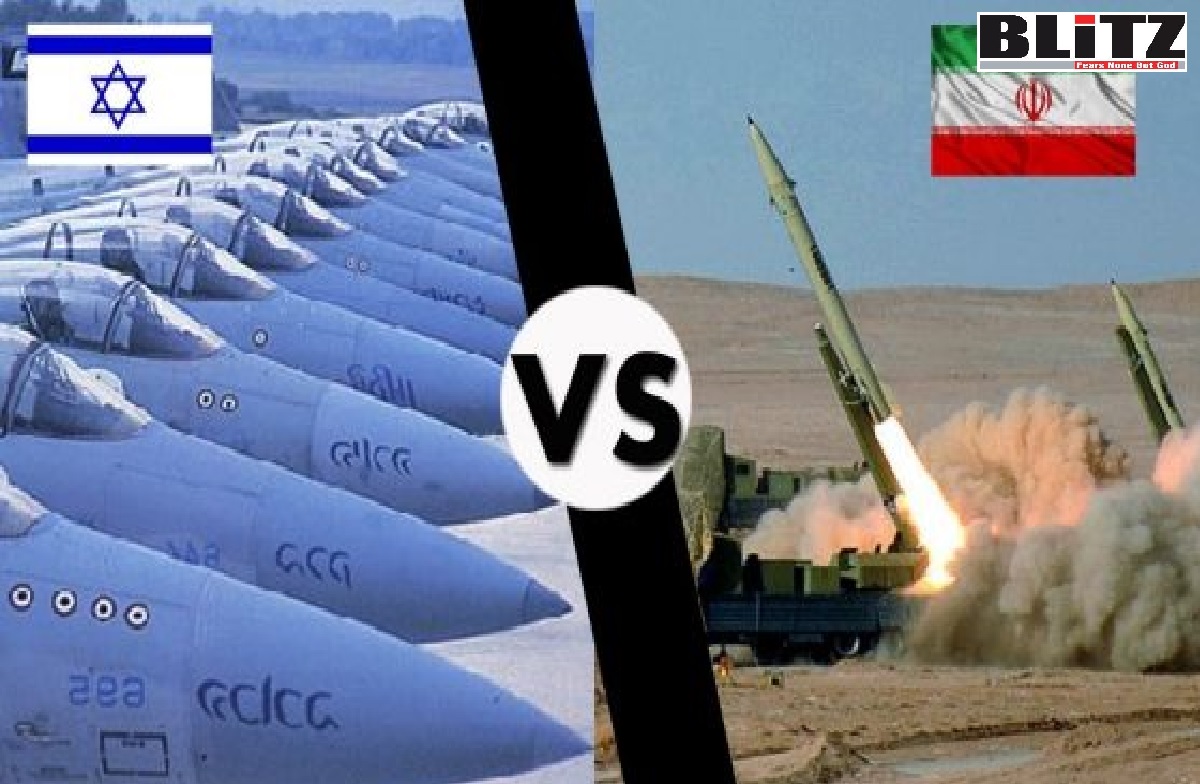 Both Iran and Israel are dominant powers in the Middle East and their long shadow war could escalate into a major regional conflict. Writes Uriel Araujo

Iran’s nuclear talks are back on track. There are not very high expectations though and some experts in fact believe that deal or no deal, an Iranian-Israeli future war is almost inevitable for a number of reasons.

For years, the Islamic Republic and the Jewish state have been waging a kind of shadow war – with no real dialogue or any advance towards reconciliation. In fact, one could very well argue that Tehran, on the one hand, and Tel Aviv and Washington, on the other, have been involved in a non-official war since the 1979 Iranian Revolution. Since the Israeli invasion of Lebanon, Tel Aviv has been confronting the Tehran backed Shiite organization known as Hezbollah and various other proxy wars have been fought.

For years, Israel and the United States have been playing a game in which the former threatens to attack Iranian nuclear sites, and the latter avoids opposing such an idea too much while at the same time signaling it would be an unnecessary and dangerous move it does not approve of at all.

Sometimes, Washington also signs that it has the ability to prevent any Iranian counterattack in case Israel strikes. For example, in 2012 it blocked the Strait of Hormuz.

The United States supports its ally Israel and for years has denounced Iran as a “threat” to the Jewish state and the other nations in the area, especially Saudi Arabia. And yet Washington certainly fears that the Islamic Republic response to any Israeli attack would destabilize the entire region. The uncertainty factor also plays a role: no one really knows how advanced the Iranian nuclear program is. A fatwa (Islamic decree) stating that the Iranian Republic considers the use of nuclear weapons a sin is listed on Khamenei’s official website. It further states that Tehran supports the idea of a Middle East free of nuclear weapons. There is however intense debate in the country and a growing call for this fatwa to be reconsidered given the circumstances of today’s world.

In any case, it would seem there are quite irreconcilable differences not only between Tehran and Tel Aviv but also between the latter and its own ally Washington. Cultural differences might play a role here: while both of them have similar views on the Islamic Republic, they disagree on how to deal with it. The Israelis do not tolerate risks very much, and the Americans cannot accept the possible global effects of a Israeli-Iranian war in terms of destabilization and unpredictability.

So, a complicated tension-game has been unfolding for many years. Israel act as if it always were on the very verge of being attacked by Iran, and bluffs by threatening to take a preemptive strike against the country, while claiming it does not do so because it is contained by the US, which, in its turn, takes credit for stopping an Israeli attack (which perhaps was never really intended anyway). Washington basically wants to keep Tehran relatively isolated and is quite content to see that its presence in Syria has diminished, for instance. For the Americans, it is all about containing the Islamic Republic without going to war – in this way, during the Barack Obama administration, for example, the State Department tried to reorient Damascus away from Tehran, according to American diplomat Frederic Hof.

The Jewish state, on the other hand, has its own concerns and agendas.

Iran, in its turn, certainly sees that defense ties between Israel and various Arab states are on the rise. This has been so since the Abraham Accords initiative and it has changed the very geopolitical map of the Middle East. A Wall Street Journal report claims that some Israeli and “Arab military chiefs” from  Saudi Arabia, Egypt, Qatar, Bahrain, Jordan, and the UAE held, in Sharm El Sheikh (Egypt), a secret meeting pertaining to the “Iranian threat” and their air defense. Fars News has published claims according to which the Kingdom of Jordan opposes such “Arab-Israel NATO”. However, the Jordanian King Abudallah II has stated that he would support more countries in the region coming into a military alliance. These developments of course hamper Saudi-Iranian efforts towards rapprochement, even though Iranian Foreign Ministry stated on June 27 that Riyad is ready to have more direct bilateral talks.

Israel, the US, Bahrain and the UAE have also taken part in naval exercises in the Red Sea and so there is a situation of increasing militarization of the region. All of this certainly provokes Iran.

In May, various drones attacked a suspected Iranian nuclear research facility, killing one engineer. Days before, an Iranian colonel was killed by two assassins. Tel Aviv is believed by many to be behind such covert actions. Moreover, the new Israeli government has advanced its “Octopus Doctrine”, which greatly expands the campaign against Tehran. While Iranian-Israeli wars have been going on for years, Israeli Prime Minister Naftali Bennett has stated he wants to fight not merely “the tentacles” but also the “head” of the “Iranian octopus”. It is a dangerous game and at some point, a red line might get crossed.

Amid Iranian-American and Iranian-Israeli tensions, Moscow, in its turn, has agreed to activate its strategic pact with Tehran – similar to the one China has also signed with the Islamic Republic.

Both Iran and Israel are dominant powers in the Middle East and their long shadow war could escalate into a major regional conflict. In today’s highly tense world, this could spiral into a global confrontation.