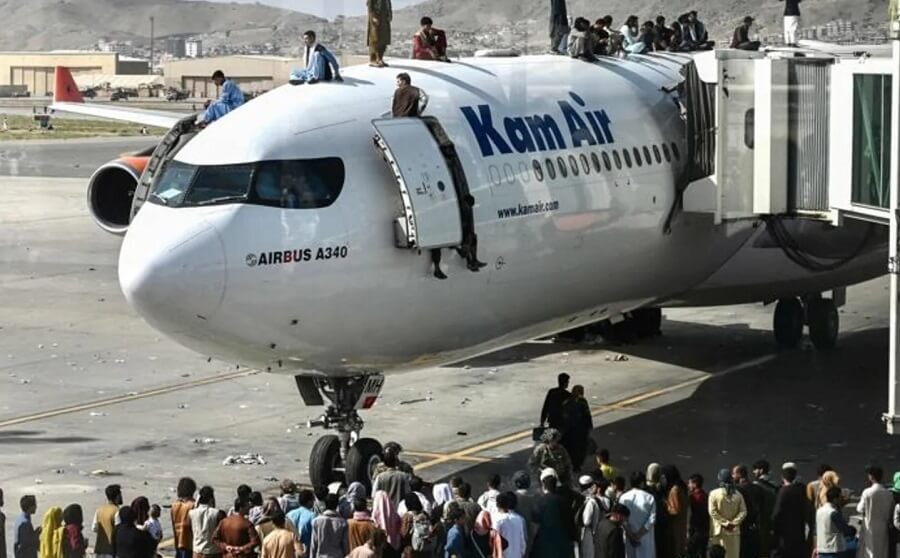 Due to Joe Biden and his administration’s illegal immigrant-friendly policy, known and suspected terrorists are flooding into the United States ever-since Biden became the president. According to a video from the outgoing Border Patrol chief of the US, more known or suspected terrorists than recorded in previous years have crossed the southern border in the midst of Joe Biden’s migration crisis. Rodney Scott warned his 19,000 agents before retiring on August 14, 2021 in a video message.

He said: “Over and over again, I see other people talk about our mission, your mission, and the context of it being immigration or the current crisis today being an immigration crisis,’ Scott said. ‘I firmly believe that it is a national security crisis.

“Immigration is just a subcomponent of it,’ he added, ‘and right now it’s just a cover for massive amounts of smuggling going across the southwest border — to include TSDBs at a level we have never seen before. That’s a real threat”.

TSDB, or Terrorist Screening Database, is used to refer to known or suspected terrorists identified in the FBI’s system.

According to media reports, the number of illegal immigrants has drastically increased in the midst of the border crisis, which has seen a 21-year high in encounters with Customs and Border Protection (CBP) in the US.

Meanwhile, in a recent press conference, Pentagon press secretary John Kirby gave strong assurances that the Afghans who are being brought into the United States are being carefully vetted: “We have, uh, intelligence and law enforcement personnel, uh, at these sites, making sure that robust screening is done of these individuals, so that nobody comes into the United States that hasn’t been, uh, screened in a robust manner”.

But, Britain, which also has flung open their doors to thousands of Afghans have given an indication of the unavoidable difficulties involved in this process. Sky News reported that “a person from Afghanistan on the UK’s no-fly list has been flown into Birmingham as part of the British evacuation operation in a potential security breach”.

The British have screening that is just as “robust” as ours. A UK government spokesperson said: “There are people in Afghanistan who represent a serious threat to national security and public safety. That is why thorough checks are taking place by government, our world-class intelligence agencies and others. If someone is assessed as presenting as a risk to our country, we will take action”.

This specific case of an individual on UK’s no-fly list been slipped through world-class vetting and not being identified by the government while flown from Afghanistan to Britain certainly rings the alarm of serious security concerns. Meanwhile, according to a senior Border Force official of Britain, one more individual was intercepted in Frankfurt was blocked from continuing his journey to the United Kingdom though his family were allowed to continue.

While letting family members of an individual who is on UK’s no-fly list to enter Britain, authorities were unsure if any of the members of the family too were involved into terrorist or subversive activities. Here again, we can sense serious security issue.

Here is my question. No one known how many jihadists and terrorists have succeeded in entering Britain dodging the vetting procedure. Similarly, anyone may ask, what will be the fate of the US and the countries in the West which are currently accepting refugees from Afghanistan without due process. Who will guarantee there aren’t members of Al Qaeda, Islamic State or the Taliban melted within the crowd of the refugees? We are witnessing the catastrophic situation in Afghanistan now and should be prepared to see much worse scenario particularly after August 31, 2021 when Taliban jihadists will start shown nasty fangs much openly. But we surely are still unaware or unconcerned about the possible security threats the US and the Western nations are about to face in the days to come.