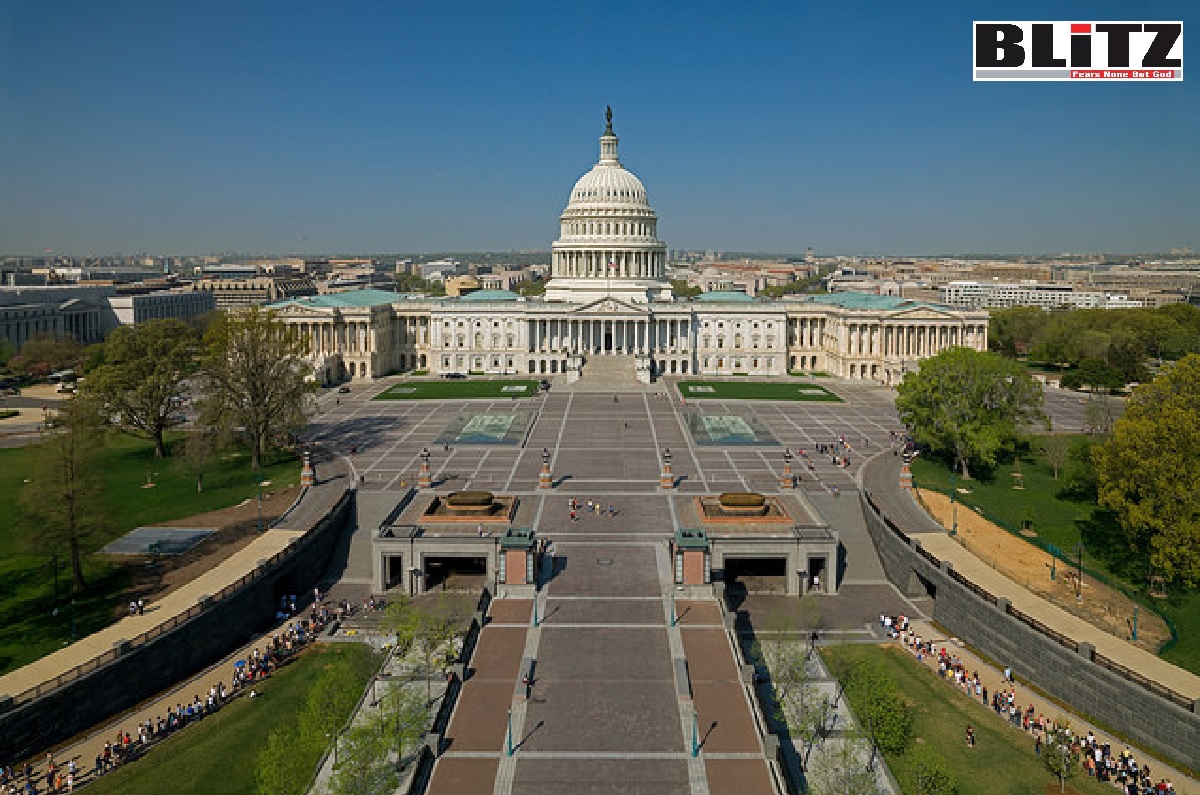 From June 13-14, hundreds of Islamists, from around the United States, armed with an extremist agenda descended upon the US Capitol building to lobby members of the US Congress. All of the represent the US Council of Muslim Organizations (USCMO). It may be mentioned here that USCMO has ties with major terrorist groups while some of the Islamist and pro-jihadist individuals are acting as the delegates of this organization. One of them is Syed Ammar Ahmed, an official from the Islamic Circle of North America (ICNA), who had once threatened to blow up a school. It is a great surprise as to why a member of the US Congress accorded time to such zealots.

According to counterterrorism experts, USCMO was founded, in March 2014, to provide mainstream American Islamist groups a bigger voice and influence in politics. These groups include: the Hamas-linked Council on American-Islamic Relations (CAIR) and American Muslims for Palestine (AMP), the South Asian terror-related ICNA, the Muslim Brotherhood-associated Muslim American Society (MAS), and more. The groups sponsoring this year’s event, ‘The 7th Annual Muslim Advocacy Day on Capitol Hill’, included ICNA and Islamic Relief (IR), an organization that has been banned by a number of nations due to its many ties to terrorist financing.

Sitting on the board of USCMO are Mazen Mokhtar, the former admin for the now-defunct al-Qaeda recruitment/financing site qoqaz.net, who has referred to suicide bombings as “an effective method of attacking the enemy”; Siraj Wahhaj, a Brooklyn imam who was named a party to the 1993 World Trade Center bombing and who has been linked to the bomb maker of the attack, Clement Rodney Hampton-El; and AMP Executive Director Osama Abuirshaid, who threatened, in January 2020, “Palestinians, if they don’t take what they want willingly, they will take it forcefully… [W]e’re going to liberate our land… whether they like it or they don’t like it.”

Some of those representing USCMO as delegates at Muslim Advocacy Day seem to be just as radical as the USCMO leadership, itself. One delegate, who was photographed posing with others outside the office of US Representative Carlos Gimenez, was the Government Affairs Coordinator at ICNA’s social services division, ICNA Relief USA, and Hugo Chavez fanboy, Syed Ammar Ahmed. In February 2010, following a debate he participated in at a school, Ahmed commented, “I hate white people”, called himself a “terrorist”, and at the suggestion of an acquaintance, joked that he “should have threatened to blow up the school”.

Another was CAIR-California CEO and apologist for al-Qaeda operatives held in Guantanamo Bay, Hussam Ayloush. This past May, Ayloush called for Israel’s destruction, writing, “It is our moral responsibility and focus to make sure that the racist apartheid structure is dismantled…” He clicked ‘like’ for a photo posted on his Facebook page containing the message, “We pray for the near dissolution of the Zionist state”. He wrote that Palestinians have a “legal right to resist” (i.e. commit terrorist acts) against Israelis. He posted that “American Jews” who support Israel are “animals” and said that relocating Jews to Israel was part of a conspiratorial “Zionist plan”.

Yet another delegate was CAIR-San Francisco Executive Director the infamous anti-Semite Zahraa Billoo. In September 2019, Women’s March, a left-wing activist group, removed Billoo from its board for anti-Semitic remarks about Israel. In December 2008, she posted on her blog that she considered starting a website to recruit volunteers to attack Israel. In March 2008, she labeled US troops “scum”. In September 2007, she wrote, “Apartheid Israel is not a country” and questioned if anyone had the right to be upset at those calling for its destruction. In January 2007, she wrote that she had thoughts of committing suicide, after she noticed a pro-Israel poster on a San Francisco train.

It is a matter of great surprise as to how these individuals get access in the US Capitol for pressing their pro-jihadist agenda.

Like Loading...
Recommended for you:
Continue Reading
Advertisement
You may also like...
Related Topics:ICNA, Islamic Circle of North America, United States, US Council of Muslim Organizations, USCMO