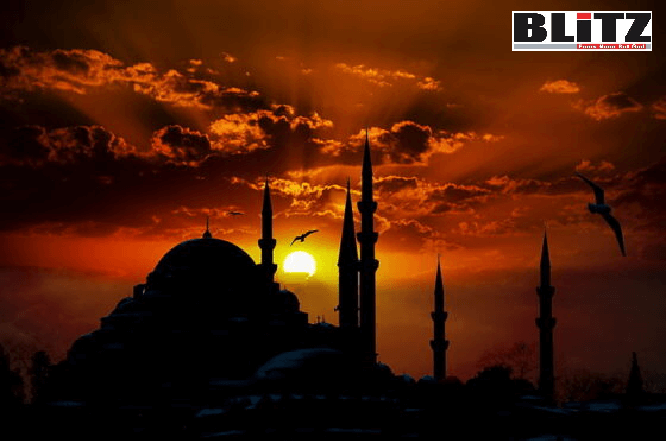 The effect on Turkish academics of the Islamist pill the Turks have been voluntarily swallowing since 2002 is destructive. Expect worse to come. Writes Burak Bekdil

Turkey, with a population of 83 million and two Nobel Prizes won, ranks 62nd on the list of countries by Nobel laureates per capita. This score is worse than that of the Palestinian territories, Bulgaria, Guatemala, Azerbaijan, Algeria, Yemen, Ghana, Morocco, and Iraq. Israel ranks 12th. Austria, the population of which is about one-tenth that of Turkey, ranks sixth. Turkey ranks 35th on Science Capitals of the World’s scientific progress list. Israel ranks second on that list, right after the United States.

Turkish novelist Orhan Pamuk became the first Turkish laureate when he won the 2006 prize in literature. In 2015, Turkish molecular biologist Aziz Sancar was awarded the Nobel Prize in chemistry along with Tomas Lindalh and Paul L. Modrich. These days, Turks are taking great pride in the fact that a Turkish couple, Özlem Türeci and Uğur Şahin, along with their team of scientists, developed a vaccine for the coronavirus that has proved more than 90% effective in preventing the disease among trial volunteers who had no evidence of having previously been infected.

The international media have likened the Turkish couple to Marie and Pierre Curie, the French couple who won Nobel Prizes in physics and chemistry in 1903 and 1911. The Financial Times declared Türeci and Şahin its People of the Year for 2020. They may be the next Turks to become Nobel laureates.

One literary prize and three in science: do these represent great successes for the Turkish nation? One Turkish professor friend said, “For decades Turkish scientific progress was underestimated…along with Turkish scientists. There cannot be an ethnic/DNA-based link between nations and scientific success or failure.”

He is both right and wrong.

Who is Turkish Nobel laureate Professor Aziz Sancar? He was born into a lower-class, uneducated family in Turkey’s predominantly Kurdish southeast. (His second cousin, Mithat Sancar, is currently a pro-Kurdish member of the Turkish parliament.) Though he came from a village school in the poorest part of a poor country, Sancar miraculously completed his MD degree at Istanbul University in 1969. He won a scholarship from the Turkish state scientific institute TÜBİTAK to pursue further education in biochemistry at Johns Hopkins University in the US. He completed his PhD degree at the University of Texas at Dallas in the laboratory of Claud Stan Rupert, now professor emeritus. Sancar has pursued his professional career and conducted his research within the American academic system.

Özlem Türeci and Uğur Şahin live in Germany. They are the founders of BioNTech, a company that until recently was little known outside the small world of European biotechnology start-ups. The original focus of BioNTech was cancer treatment. In 2019, BioNTech went public. In recent months, the company’s market value soared past $21 billion, making the couple among the richest in Germany.

Şahin, 55, was born in Iskenderun, a southern Turkish town bordering Syria. When he was four his family moved to Cologne, West Germany, where his parents worked at a Ford factory. Şahin became a physician at the University of Cologne and earned a doctorate from that university in 1993 for his work on immunotherapy in tumor cells. His wife, Türeci, 53, was born in Germany, the daughter of a Turkish physician who had immigrated from Istanbul.

What do these success stories tell us? Turks can score spectacular scientific successes—as long as they conduct their academic careers in the free world, not in a country strangled by an increasingly Islamist regime.

In an iron-fist response to a coup attempt on July 15, 2016, President Recep Tayyip Erdoğan purged 15,200 Education Ministry officials along with 21,000 private school teachers. The Council of Higher Education asked the deans of the country’s state and private universities—all 1,577 of them—to resign. A total of 626 educational institutions, mostly private, were shut down. In December 2019, the Erdoğan administration appointed trustees and took over Istanbul Şehir University, an elite school linked to former PM Ahmet Davutoğlu and his intellectual entourage. The university, ironically, was inaugurated by Erdoğan in 2010, together with its founder, Davutoğlu, then foreign minister and now Erdoğan’s political rival.

After the fall of Istanbul Şehir University, the government seized another Davutoğlu-linked institution, the Foundation for Sciences and Arts (BISAV in its Turkish acronym). This institution, founded in 1986, was home to thousands of seminars, academic workshops, and research programs on politics, history, economics, and literature.

In the meantime, Erdoğan keeps bragging that his government has brought the number of imam school students to 1.3 million from only 60,000 in 2002. To borrow Shelby Foote’s famous line, with a minor addition: “A Turkish university is a group of buildings around a library and a mosque.”

In 2015, Islamic scholar Nureddin Yıldız argued that “working women paved the way for prostitution.” Associate professor Teyfur Erdoğdu told state broadcaster TRT that he regularly meets with Allah and the Prophet Muhammad in his dreams. Vural Bulut, a scholar at the Çanakkale 18 Mart University and head of its media center, called Erdoğan’s opponents “sons of bitches.” Another pro-government academic, Dr. Yavuz Örnek from Istanbul University’s Marine Sciences Faculty, claimed that technology was more advanced in the time of the Prophet Noah than it is today. Hosted by TRT, Örnek said Noah had talked to his son on a mobile phone to convince him to come aboard his ark, and that the ark itself was made of steel and resistant to waves as high as 400 meters. He added that Noah’s ark ran on nuclear power.

In April 2018, Necdet Budak, president of Aegean University in Izmir, ordered his academic staff to line up by the road to greet President Erdoğan, who wanted to visit the campus. Also in 2018, Ahmet Ağırakça, president of Artuklu University in the southeastern province of Mardin, proposed that university presidents wear the turban of an Islamic sheik. In another speech, he declared himself “President Erdoğan’s representative in Mardin.”

In November 2018, Professor Ibrahim Emiroğlu, head of the research center at the 9 Eylül University in Izmir and Dean of the Faculty of Aviation and Space, told a conference that menstruation was an illness that “must be treated” and recommended that 15-year-old girls be married off. He advised all women to wear the hijab, and claimed the “greatest threat [to society] is secularism.”

In addition to all that academic insanity, Erdoğan’s leadership has prompted university professors to declare that:

“Universities are houses of prostitution as they bring female and male students together.”

“In this country I trust the insight of ignorant people.”

“Shakespeare was a crypto Muslim; hence his success.”

“Women who exhibit cleavage in dress deserve to be raped.”

The same scientific institution that awarded a scholarship to Professor Sancar in the 1970s (TÜBİTAK) sponsored and exhibited in 2016 a study on the “prophecy of Muslim saints who can be seen in more than one place at the same time.”

The effect on Turkish academics of the Islamist pill the Turks have been voluntarily swallowing since 2002 is destructive. Expect worse to come.

Burak Bekdil is an Ankara-based political analyst and a fellow at the Middle East Forum.