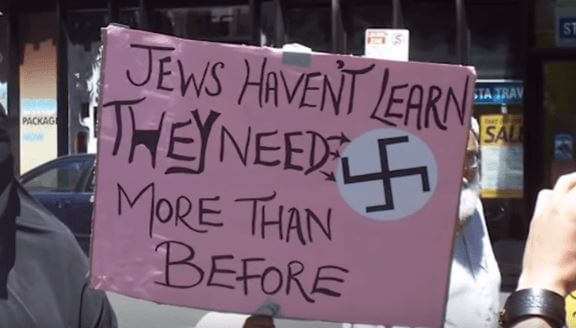 Diaspora Affairs Minister Naftali Bennett rushed to Pittsburgh this week to represent the government of Israel at memorial events following the terrorist massacre in the Tree of Life synagogue. So did Israeli Consul General in New York Dani Dayan.

Prime Minister Benjamin Netanyahu and his cabinet offered every possible assistance to U.S. Jewry. A semi-secret cabinet-level forum including Mossad representatives is scheduled to meet to discuss security for world Jewry.

Israeli solidarity with U.S. Jews at this time of suffering is worthy and important, even if some U.S. Jews were quick to reject the Netanyahu government’s good wishes. In today’s highly charged political environment, they see guns laws and the rhetoric of President Donald Trump as part of the problem, and they feel Netanyahu is too close to Trump.

It’s worth remembering and appreciating the fact that Israelis have come a long way in learning to appreciate and value the Jewish Diaspora. And not always has the State of Israel seen the struggle against anti-Semitism around the world as its fight. This is not something to be taken for granted.

For the first 25 years of Israel’s existence, the unspoken attitude in Jerusalem was that “if Jews abroad have a problem with anti-Semites they can always immigrate to Israel.” Immersed in the business of building and defending the Jewish nation-state, Israel’s leaders had no time for “troubles of the Diaspora past.”

Attitudes began to change after the Yom Kippur War. The campaign of political delegitimization against Israel launched by Arab countries led to the infamous “Zionism is racism” resolution at the UN, and a ton of propaganda that blended anti-Zionism with anti-Semitism. The Big Lie entered intellectual discourse.

After the Rue Copernic Paris synagogue bombing in 1980 and other terror attacks, Prime Minister Menachem Begin took the decision to have Israeli officials begin advising Jewish communities abroad on security measures, and response to anti-Semitism began to find its place on Israel’s agenda.

With the disintegration of the Communist bloc, an enhanced role for Israeli diplomacy regarding anti-Semitism also became more necessary and possible. Jerusalem intervened and pressed for government crackdowns on official and street manifestations of anti-Semitism in the emerging states of the former USSR.

In the late 1980s, then-Cabinet Secretary (and later Supreme Court Justice) Elyakim Rubinstein established an inter-ministerial forum for monitoring anti-Semitism, and expanded it to include representatives and academic experts from the Diaspora. The forum compiled reports on anti-Semitism around the world and eventually won a place on the Israeli cabinet’s agenda, reporting once a year.

The 2001 World Conference against Racism, held in Durban, South Africa, turned into one of the worst displays of organized anti-Jewish and anti-Israel hate ever. It was a horrible watershed moment that clarified how anti-Semitism had become a strategic threat. It even traumatized many Israelis.

In 2003, then-Minister for Jerusalem and Diaspora Affairs Natan Sharansky founded the Global Forum against Anti-Semitism (of which I was the coordinator), involving Jewish leaders and intellectuals. “The State of Israel has decided to take the gloves off and implement a coordinated counteroffensive against anti-Semitism,” Sharansky wrote. “The State of Israel will play, as it always should, a central role in defending the Jewish People.”

In 2016, the International Holocaust Remembrance Alliance adopted a working definition of anti-Semitism based on Sharansky’s work, which includes prohibitions on using double standards to single out Israel or denying the Jewish people their right to self-determination. (By this definition, it is anti-Semitic to claim that the existence of a State of Israel is a racist endeavor, to compare Israel to Nazi Germany, or to use symbols associated with classic anti-Semitism like the blood libel to characterize Israel or Israelis).

But much of the self-styled human rights community has studiously ignored the IHRA framework. Groups such as Amnesty International, Human Rights Watch and the World Council of Churches reject the definitions described above, and frequently stray into anti-Semitic territory in their incessant and fierce criticism of Israel. They also have studiously ignored the vast amounts of anti-Semitic materials emanating from the Arab world.

Today, everybody agrees that combating “cyber hate,” including anti-Semitism and anti-Zionism, is a top priority. Israel’s Justice Ministry even has a department dedicated to the fight against online incitement. And the Global Forum against Anti-Semitism, now under the auspices of the Israeli foreign affairs and diaspora ministries, is tackling Christian theological anti-Semitism, Holocaust revisionism, Palestinian denialism of Jewish history, campus anti-Semitism, legislative assaults on Jewish practices like ritual slaughter and circumcision and even anti-Semitism in sports.

Some experts warn that, unless the rising tide of hate crimes in the U.S. is turned back, American Jewry will have to undergo a process of adopting European-style security measures. Synagogues and Jewish community centers in the U.S. may need to be protected from neo-Nazis just as synagogues and Jewish community centers in Europe are protected from radical Islamists.

This means the adding of multilayered defenses to Jewish sites, including security screening with armed guards, surveillance systems, panic rooms and sterile zones.

If this is the unfortunate fate of American Jewish institutional life – I hope not! – Israeli security expertise undoubtedly will prove helpful.

In the meantime, Israeli and Diaspora Jews should band together to draw strength from solidarity, jointly combat hate, and raise the flag of unafraid and vibrant Jewish life everywhere. Keep partisan politics out of it.