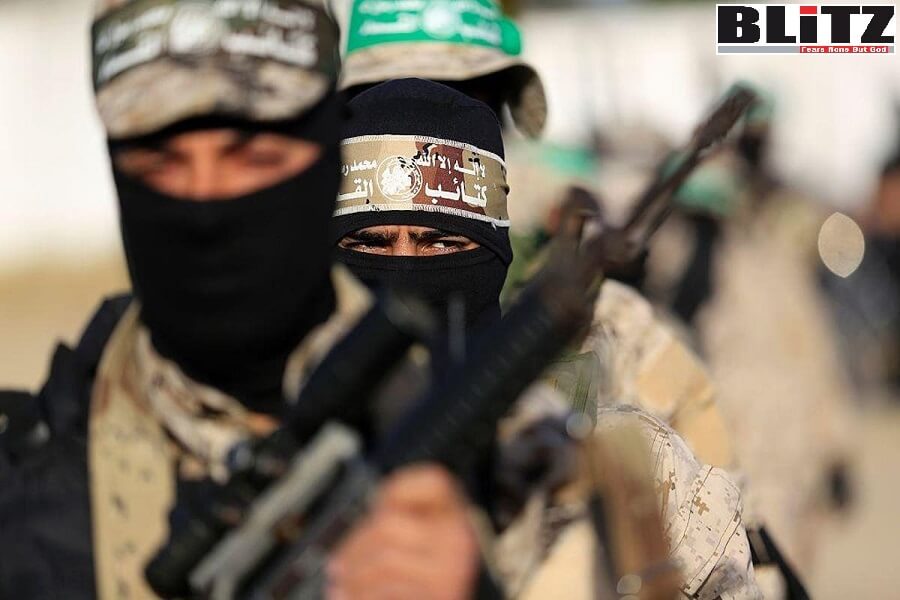 The reality in Gaza is complex due to the fact that Israel hasn’t truly disengaged from the coastal enclave. After all, it still provides Gaza with electricity, water, fuel, food, and dollars, and when supplies run low Hamas fires missiles at Israeli civilians. Writes Prof. Eyal Zisser

Just recently, IDF chief of staff Lt. Gen. Aviv Kochavi reminded us that the IDF is currently fighting in six arenas – some of which are relatively unfamiliar.

These include Iran, where Israel is working to stop Tehran’s race toward a nuclear bomb; the Syrian and Lebanese arenas; recently the Iraqi arena, according to foreign reports; and moving southward, the Red Sea and Yemen – all of which fall under Iran’s heavy shadow; and finally, the Palestinian arena, in Judea and Samaria and Gaza.

The IDF has invested the majority of its energy in recent months on preparing for the possibility that Iran will cross the point of no return on its path to acquiring a nuclear weapon. In the meantime, the IDF is trying to dislodge Iranian forces from Syria and weaken Hezbollah, whose missile arsenal the IDF considers the main threat facing Israel in its immediate periphery.

The threats facing Israel in these various arenas – both immediate and more distant – mustn’t be underestimated. However, the fact is that over the past decade, the most active arena where the IDF has repeatedly had to fight has been Gaza. In 2009 it started with Operation Cast Lead, followed by Operation Pillar of Defense in 2012, Operation Protective Edge in 2014 and Operation Black Belt in 2019, and most recently, Operation Guardian of the Walls in May 2021.

Alongside these operations, we must also bear in mind the daily friction along our border with Gaza, from incendiary balloon attacks and riots along the security fence to terrorist infiltration attempts via underground tunnels Hamas has dug up and down the Gaza Strip.

Time and again, residents of the south but also residents of Gush Dan and Jerusalem have been forced into safe rooms and bomb shelters. Not because of missile fire from Iran or Lebanon, but from Hamas in Gaza. We can assume with caution that the IDF’s next fight will also be in Gaza, not the other arenas.

Gaza isn’t unique just because it is extremely active and highly combustible, but because the cards Israel holds and its ability to influence and deter the enemy are limited and inadequate.

Yes, the fight in Iran is heating up and intensifying, but both sides – the Israeli and Iranian – are in complete control of the events and are displaying restraint and caution sans any interest or desire for an escalation or all-out conflict.

Hezbollah, too, is restrained and deterred, and is aware of the price it would likely pay for fighting Israel. The same cannot be said of Hamas, which isn’t as strong as Hezbollah and doesn’t adhere to similar diplomatic logic, and is therefore difficult to deter and force into adopting a more subdued approach.

The reality in Gaza is complex due to the fact that Israel hasn’t truly disengaged from the coastal enclave. After all, it still provides Gaza with electricity, water, fuel, food, and dollars. This dependency means any quiet along the border is hostage to food and gas inventories and the dollar balance in the Strip, as Hamas’ tactic for receiving these things is shooting missiles at Israel.

Beyond this, we must remember that the attempts to disconnect Hamas from Judea and Samaria and Jerusalem haven’t succeeded, such that any tensions at Damascus Gate or on the Temple Mount will continue leading to escalations on the Gaza border.

Israel doesn’t have an answer

Indeed, Hamas lacks the same destructive powers as Israel’s other enemies, but it is methodically improving its capabilities – as illustrated by the operational daring and prowess involved in dispatching terrorist cells into Israel via its tunnels.

More importantly, Hamas is also successfully replenishing its missile stockpiles and improving their range and accuracy.

Israel doesn’t have a good answer to the challenges posed by Hamas, other than employing devastating firepower that inflicts damage on Gaza but doesn’t negate Hamas’ operational capabilities, and doesn’t ensure long-term quiet similar to the situation with Hezbollah in Lebanon. Devoid a solution, Gaza will continue being a problem for Israel.