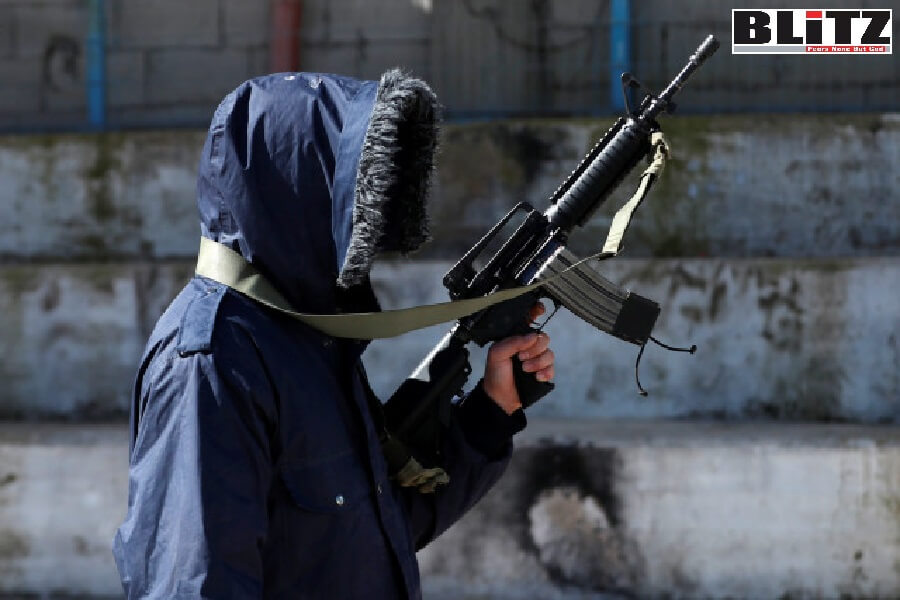 The foremost and most immediate task confronting Israel after the Gaza war is the confiscation of the tens of thousands of illegal weapons held by the country’s Arab citizens, especially criminal gangs, lest they be used in a nationalist/Islamist insurrection. Writes Prof. Hillel Frisch

Make no mistake about it: among the many pressing challenges confronting Israel in the aftermath of the Gaza war, the most important and immediate objective must be to confiscate, with force if necessary, the tens of thousands, if not hundreds of thousands, of illegal weapons possessed by the country’s  Arab citizens.

What we have just witnessed in the cities of Lod, Ramle, Jaffa, Haifa, and Acre – long considered showcases of Arab-Jewish co-existence – is a portent of destructive events to come if these weapons are not confiscated. This time the violent eruption ended with the torching of at least ten synagogues and countless cars and apartments; hundreds of attacks on Jewish citizens; the blocking of main roads and the severance of Jewish localities; and the flight of Jewish families from their homes for fear for their lives.

In the inevitable next eruption (hopefully in the more remote future), we are likely to see the above cities, as well as key transportation routes (notably Wadi Ara) and areas adjacent to Arab towns and villages become yet again major battlegrounds in the century-old feud between Arabs and Jews, if the weapons are not confiscated.

This is what happened in the 1936-39 violent eruption across Mandate Palestine, when Arab criminal gangs joined forces with militant Islamists, the ideological forbears of Hamas and Israel’s Islamic Movement, to murder some 450 Jews, alongside 180 British soldiers and policemen and thousands of Palestinian Arabs.

In the next round, organized Arab crime may well join forces with the Black Shirts (members of the outlawed northern Islamic Movement) to produce the kind of firepower the IDF will find difficult to contend with – and this after mass massacres of their Jewish compatriots (and many Arab citizens wishing to peacefully coexist with the Jews – as happened in 1936-39). This will inevitably produce the largest bloodbath of Jews since the Holocaust.

Israel’s leadership, right, center and left, must act in a united and resolved fashion to confiscate the lethal armory possessed by the Arab minority, first and foremost the criminal gangs. Such a move alone will not solve the security problem of Jews living in close quarters, who will still be exposed to violence from some of their Arab neighbors. But it will substantially slash the lethality of such assaults and free more security forces to deal with the external attacks that will either have triggered the internecine strife (as they did just now and in October 2000), or will seek to take advantage of it.

Dealing with organized Arab crime and confiscating the weapons is a task far too great for the Israeli police, which failed to contend with this round’s disturbances amongst its many other duties.

Israel’s judiciary, Knesset legislators, the IDF and the state’s other security bodies must make common cause to create the necessary operational and legal modalities that will enable the creation of a new security force dedicated to the enforcement of law and order, as well as to use IDF elite infantry units in this mass confiscation of weapons.

The IDF aptly loathes the use of its soldiers for policing duties, which it regards as denigrating the skills of trained military forces. This perception, however, might prove misconceived with regard to this nationwide law enforcement operation, which might deteriorate into complex urban guerrilla fighting. For all its possible costs, an initiated effective campaign of weapons confiscation, held under more or less stable conditions, is infinitely better than confronting these weapons during a fully-fledged internecine strife.

Those who may find this scenario fanciful need look no further than the Oslo “peace” process, which exacted thousands of fatalities and tens of thousands of casualties (surrealistically euphemized by PM Rabin as “victims of peace”), and which radicalized the Israeli Arabs to the point of unleashing wholesale violence on their Jewish compatriots at a time when Israel came under an external attack: in October 2000 in support of Arafat’s newly-waged war of terror (euphemized as “al-Aqsa Intifada”); in the May 2021 Gaza war in support of Hamas.

In the last war, Hamas used the age-old lie “al-Aqsa is in danger” – coined in the 1920s by the Jerusalem Mufti Hajj Husseini to attract international Muslim support and to galvanize his constituents into mass massacres of Jews. Now, as then, the evocation of the lie produced the desired result. Yet the presence of tens of thousands of illegal weapons in the hands of Israeli Arab criminal gangs and ordinary citizens could escalate future confrontations to hitherto unknown levels of lethality.

The time to act is now. There is not a minute to waste – for the wellbeing of both Israel’s Jewish and Arab citizens.