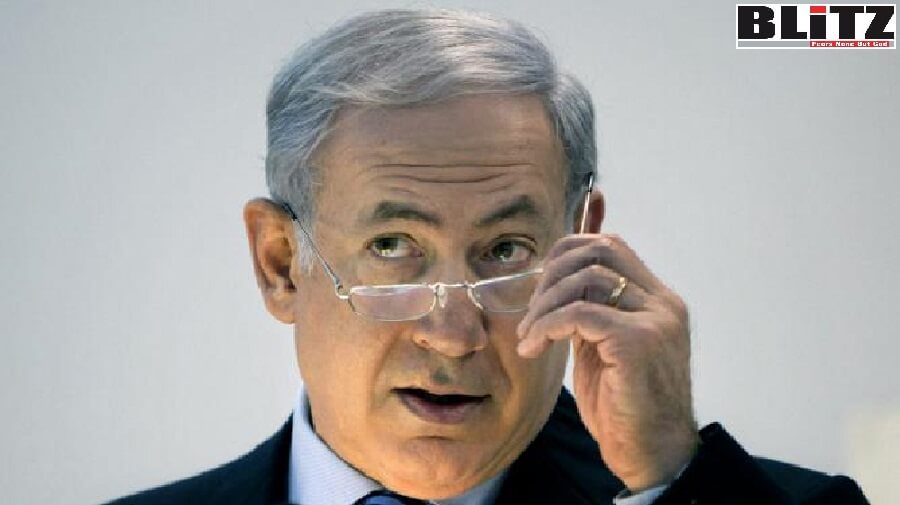 By directly speaking to the people of Iran, former Israeli PM Benjamin Netanyahu dispelled the “Israelphobia” the Islamic Republic had instilled in Iranian society. In the process, he undermined the regime’s most essential ideological instrument to maintain its hold over the nation. Writes Dr. Reza Parchizadeh

The premiership of Benjamin Netanyahu has finally come to an end. The revolution he started in terms of Israel’s strategic approach to Iran, however, will continue to break new ground for years to come.

Netanyahu was a uniquely clear-eyed political leader in our paralyzingly relativistic times. In an age of gray morality, when political correctness prevails in the West, Netanyahu boldly drew a sharp line between good and evil and openly called Islamofascism the greatest threat to human civilization. Up to his last moment in office, he insisted that the ultimate source of Islamofascism, the apocalyptic regime in Iran, must be destroyed.

While unwaveringly pointing his finger at Tehran, Netanyahu blamed the leaders of the Western democracies for their shortsightedness and willingness to appease Iran’s murderous regime. It was with this clear vision that he revolutionized Israel’s strategic approach to Iran—an approach that could, in the long run, facilitate the regime’s fall. Along with his other trailblazing initiative, the Abraham Accords with several Gulf States, Netanyahu’s unblinking approach to the reality of the Iranian fundamentalist threat lay the groundwork for a major change in Israel’s relations with regional actors that could usher in an era of stability and peace in the Middle East.

After the spiraling descent of Iran into Islamism after the Iranian revolution (1978-79), Israel’s approach to that country, like that of the US, was a strategy of “dual containment.” Jerusalem would try to prevent its two worst enemies in the region, the Islamist regime in Tehran and the Baathist regime in Baghdad, from gaining decisive superiority over each other to prevent either of them from finding itself in a position to pose an existential threat to Israel.

However, the straining of American relations with Iraq over Saddam Hussein’s 1990 invasion of Kuwait and President Bush’s dogged pursuit of weapons of mass destruction, which eventually led to the overthrow of the Iraqi dictator by a US-led international coalition at the start of the new millennium, fundamentally changed power dynamics in the Middle East. The vacuum created by the fall of the Baathist regime was exploited by the Quds Force of the Islamic Revolutionary Guards Corps to implement the Islamist regime’s expansionist program across the region. The regime used (and continues to use) its paramilitary proxy forces, such as Hezbollah, Hamas, and Islamic Jihad, to target the Jewish State with the expressed object of wiping Israel “off the face of the earth.”

During this period, Israeli security policy to counter the encroachment of the Islamist regime mainly focused on supporting movements with separatist tendencies in and around Iran. This was constantly discussed in Iranian and other Persian-language media, under the auspices of the Ministry of Intelligence and the intelligence office of the IRGC, as a “vicious Zionist plot to dismantle Iran.” As such, this essentially defensive policy became a source of great distrust of Israel among the Iranian people and even among the regime’s opponents, who did not wish to see the complete geopolitical collapse of Iran. Some went so far as to state that if it came to choosing between the collapse of Iran and the continuation of the regime, they would pick the latter. This policy thus produced an intensely adverse effect on Israel’s security interests vis-à-vis Iran.

Amid this climate of deep distrust, PM Netanyahu took the bold step of speaking directly to the Iranian public. He regularly broadcast video messages in which he expressed friendship and solidarity with the Iranian people. He told them of Israel’s awareness of the warped and ominous intentions of the Islamist regime, and stressed the necessity of replacing it with a democratic system. These messages were among the best examples of direct diplomacy between two hostile nations in contemporary history.

Netanyahu’s direct approach was largely responsible for the delegitimization of the Islamist regime’s aggressive stance toward Israel in the eyes of the people of Iran. When, in response to the nuclear, missile, and terrorist threats of the Islamic Republic, the IDF repeatedly hit Iranian nuclear facilities as well as positions of the Quds Force and its paramilitary forces all over the region—and even when the Mossad made bold, Hollywood-style moves like removing and exposing a trove of classified military nuclear documents from the heart of Tehran, thereby discrediting the Islamist regime on the international stage—much of the Iranian public, rather than expressing anger, expressed satisfaction and even support for Israel.

Netanyahu’s revolutionary approach to Iran made many friends for Israel inside that country. As a consequence, the ruling Islamists can no longer incite ordinary Iranians—i.e., regular citizens rather than religious zealots—against Israel on patriotic grounds. By destroying the regime’s most essential ideological instrument to maintain its hold on the nation, “Israelophobia” and the antisemitism on which it is predicated, Israel has eroded the Islamist regime’s legitimacy, possibly leading to its eventual collapse.

No matter what Netanyahu’s current status might be in Israeli politics, the revolution he brought about with regard to Iran was one of the most ingenious political feats in contemporary Middle Eastern history. Hopefully, the new leaders of Israel, despite the differences of opinion they might have had with the former PM, will appreciate his approach to Iran and try to maintain at least its main contours. To eliminate the existential threat of the apocalyptic Islamist regime once and for all, the Jewish State needs to actively invest in the Iranian society’s transition from tyranny and totalitarianism to freedom and democracy.