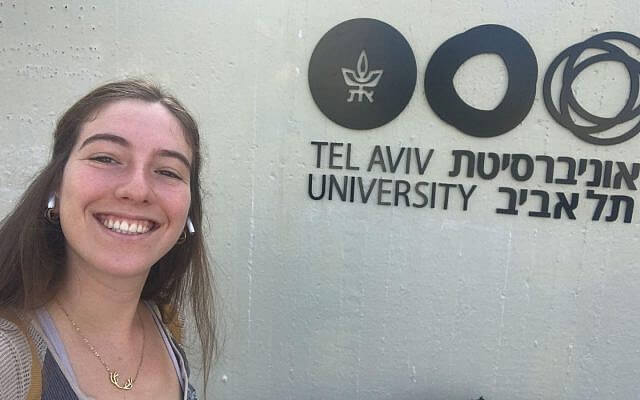 This week, my 23-year-old daughter, Gabriella, starts her undergraduate studies at Tel Aviv University. Already, she is off to a better start than her mother, who started college 38 years ago at age 18. She is far more mature and focused, thanks to a year of volunteer teaching, a three-year stint as an IDF officer and a few months of freewheeling international travel.

As someone who is fluent in English and studied several years intermittently in a US elementary and high school, Gabriella could have chosen to study in a US college. But I think, for several reasons, she made the correct decision to obtain her BA in Israel. In doing so, she will avoid many of the problems inherent in the US higher education system.

First, no unfair and highly competitive application process. I can still recall, in painful detail, my disappointment at being rejected by several elite colleges. The insane competition for acceptance in US universities is much worse today. It has made for hyper jittery high school students – and their parents — often pushed to the point of physical and mental illness. Meanwhile, the admissions process remains intrinsically unfair and inscrutable. It is stacked toward athletes, legacies, minorities, wealthy people and those living in remote geographic areas consequently leaving many smart and hard-working 18-year-olds encountering rejections.  All in all, this process leaves many sharp young people convinced they are failures before even beginning college.

Two, college in Israel is a great deal. I will be paying a grand total of about US$3,000 annually for her education. If she had studied at my alma mater, the University of Chicago, the price tag would be US$57,000 annually, which includes both tuition and living expenses. A state school in the US would be about half that price, but that’s still a long way from the bargain price in Israel. Sure, many US students get some type of scholarships, but very few of those scholarships cover the bulk of tuition so that graduating with debt is a major nationwide problem. About one in four American adults are paying off student loans, owing an average of about US$37,000. That’s money that a young person could use for lots of other things. Even those students who don’t incur debt are questioning whether college is worth the monumental price tag.

Three, universities in Israel aren’t overwhelmingly anti-Zionist. Universities throughout the United States are now the front lines of the BDS movement. For several years, the media has been replete with stories about the anti-Israeli biases of campus speakers and rallies, classroom content and professors’ attitudes. Recently, the daughter of Israel’s Consul General in New York, who is a student at Columbia University, publicly reported fears about her personal safety, after several incidents in which she was harassed by the group Students for Justice in Palestine, and the school had failed to protect her. At the University of Michigan, authorities finally disciplined a professor, after it was revealed that he refused to recommend a student for study in Israel because of his support for Palestinians. These two stories are only the tip of the iceberg.

Four, universities in Israel don’t have a hard-partying atmosphere. According to a 2013 Washington Post article, half of all US college students binge drink. The drinking is fueled by on-campus events organized around fraternities, athletic games, and the fact that students are away from home for the first time. There is also a known correlation between heavy drinking and sexual assault, so that even students who don’t binge drinks can wind up victims.

Obviously, Israeli college students aren’t teetotalers, but drinking is much less a serious problem on campuses since many students in Israel are older, do not live on campus, and there are no fraternities or athletic games.

Five, no empty nest syndrome. So many of my American counterparts only see their university-age children a few times a year, which is devastating for them. But since my daughter has only moved downstairs, I’ll be seeing her frequently. This is not just a selfish reaction to her decision to study here. Studying in Israel makes it more likely that my daughter is going to stick around here, which will be great for both of us and for the rest of the family.