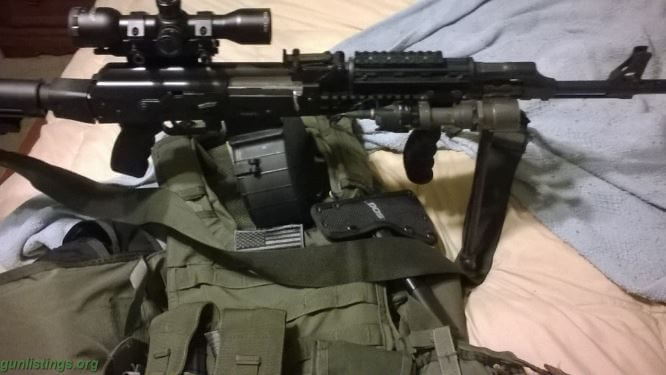 As India and Pakistan contemplate their next moves amid rising tensions, airstrikes and the downing of an Indian warplane, Israeli weapons could play a decisive role in a future war. India has become a key defense partner for Israel in recent years with Israeli technology playing a major role in India’s modernization programs for its large armed forces.

India-Israel trade has been booming in recent years, reaching $6b. in 2012-2013. A variety of major Israeli defense companies have sought a place in the Indian market. These include Israel Aerospace Industries, Rafael Advanced Defense Systems, Israel Military Industries and Elbit. This legacy of defense purchases has increased in the last decades. In 2003, IMI signed a $20m. deal to supply tank shells to India. New Delhi also purchased Tavor rifles. Total arms sales from 2001 to 2006 were $15b. according to UPI.

By 2017, India represented up to 49% of Israel’s arms export market, according to the Stockholm International Peace Research arms transfer report for 2017. In January 2018, Prime Minister Benjamin Netanyahu traveled to India to reciprocate Narendra Modi’s state visit in July 2017. Defense talks were an important aspect of these trips.

Everything has not gone smoothly as the trade expanded. For example, India canceled a $500m. deal it had signed in 2016 to buy anti-tank missiles. India defense talks were an important aspect of these trips.

Everything has not gone smoothly as trade expanded. For example, India canceled a $500m. deal it had signed in 2016 to buy anti-tank missiles. India banned many deals with IAI and Rafael between 2006 and 2018. It also banned IMI in 2009, although a report said IMI returned to the Indian market in 2014.

The Indian Air Force struck at terrorists based in Pakistan on February 26 using the Israeli-developed SPICE kit for bombs, according to Indian media. According to Flight Global, the Spice 1000 precision-guided bombs were supplied to India for 36 Dassault Rafales, along with Spice 250 which were to be used for India’s Tejas jets. This was part of a larger evaluation by India of Rafael Advanced Defense systems, including its Python 5, I-Derby ER air to air missiles and Litening 5 targeting pod. India was also exploring Rafael’s BNET secure radio solutions. The value of these deals, according to a 2016 article, was up to $500m. This would have also seen India’s Sukhoi-30 fighters outfitted with 164 Litening pods.

In 2017, a subsequent article at i-HlS notes that a squadron of Tejas were to be integrated with the Rafael I-Derby air-to-air missile as part of a deal with the local Indian DRDO company.

India’s ground forces also have sought Israeli weapons for a variety of upgrades. These include 155mm guns, as well as exploring Israel’s Trophy active protection system. Elbit and Ashok Leyland agreed to a MOU in December 2018 for mounting Elbit’s artillery guns on wheeled vehicles.

At sea, in 2015 India’s navy conducted a successful interception with IAI’s Barak-8. Jointly developed with DRDO in India, the system includes aa radar, command and control, and launchers for the missiles. In January 2019, IAI announced an additional $93m. in contracts for “provision of Naval MRSAM (Medium Range Surface to air missiles) systems.” These would compliment existing air defense systems. This built on a much larger $777m. deal signed in October 2018 that foresaw seven ships being equipped. The contract was signed with India’s Bharat Electronics Ltd., the main local contractor.

Israel’s Elbit has also signed on to a contract with Adani Defense and Aerospace in India to construct UAV’s locally, including its Hermes 900 and Hermes 450.

Israel also exhibits regularly at defense exhibitions in India. At Chennai in 2018, a full spectrum of Israeli systems were shown, including Elbit technology for jamming systems, loitering munitions, and other weapons. Overall, Israel’s supplies to India represent an array of technology to either fill gaps in India’s defense or to provide state-of-the-art systems for India’s large army. With New Delhi seeking to modernize its armed forces, at a cost of hundreds of billions, Israel is well placed to play a key role.