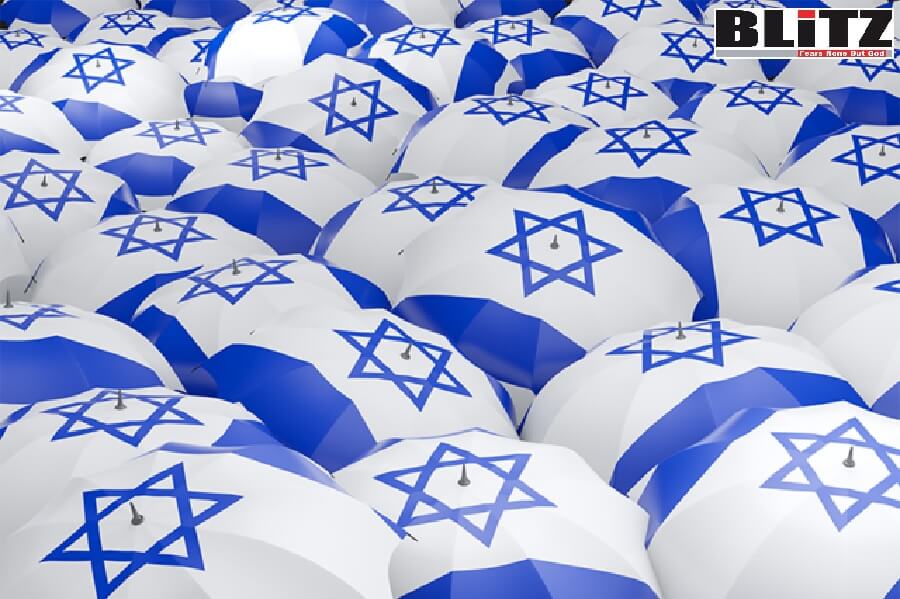 Paradoxically under President Biden, Israel’s regional and global position has been politically, economically and strategically enhanced and Israel’s enemies are apoplectic and struggling to halt nor delay the continuing momentum. How and why has this happened with Biden as President?

“You’d better start swimming or you’ll sink like a stone, for The Times They Are A’ Changing” – Bob Dylan

As a pro Israeli political activist and researcher, the defeat of President Trump was from my perspective a huge disappointment.

I was fearful that the incoming Biden administration would prove beyond negative for Israel’s general health and allow the ‘Palestinian  cause’ to regain the upward trajectory that the anti-Jewish State administration of former President Obama obsessively promoted.

Paradoxically under President Biden, Israel’s regional and global position has been politically, economically and strategically enhanced and Israel’s enemies are apoplectic and struggling to halt nor delay the continuing momentum. How and why has this happened with Biden as President?

The complexities and logic make exact analysis impossible but clearly geopolitical re-positioning created by the Trump originated Abraham Accords which we all believed would end under Biden have continued unabated and the enemies of the Jewish State cannot comprehend the ferocity and speed of the change in dynamics favoring Israel.

The staggering increase in trade between Israel and Sunni Arab countries in the last eighteen months have taken economists by surprise. Israel’s exceptional trade stand at Expo2020 in Abu Dhabi was a major contributing factor. The UAE were undoubtedly courageous in originating relationship normalization and are being rewarded for their courage, commercially and strategically as are Israel. Trade between Israel and the UAE, Jordan, Egypt, Bahrain and Morocco has witnessed startling growth in just a few months. Moreover, in the last two weeks we have seen an Indonesian delegation visit Israel, Israel’s Defence Minister in Bahrain and Turkey officially announcing that the President of Israel will visit Turkey in mid-March ending years of political segregation following the 2010 Mavi Marmara incident.

Apart from the exponential commercial successes referred to above these last three developments are politically astonishing and could not have been predicted by Israel’s supporters after Trump’s defeat. Israel’s enemies are left with their mouths wide open in disbelief, despair and shock.

The Indonesian delegation was supposedly visiting Israel on the pretext of trying to understand more about how Israel handled the COVID pandemic.

An excellent public relations tactic but according to those in the know, just a pretext. The ultimate goal, assisted by the Gulf States and the USA is undoubtedly normalization of relations leading to mutually beneficial commercial ties. This will happen but Indonesia needs time to sell the proposition to her population after years of anti-Israel rhetoric. Bahrain is well on the way to normalizing relations with Israel as during the last year her Government, along with the UAE and Saudi, have been soft selling the Israeli Arab courtship. Clearly Bahrain wants Israel’s military expertise to assist in defeating the non-Arab, Iranian Shia threat.  A Memorandum of Understanding has been signed with Israel and this will lead to further security, military and enhanced economic development between the two.  As for Turkey, well this development is quite astonishing given Erdogan’s anti-Jewish State, pro-Palestinian manifesto. As an avid watcher of Turkish state-controlled TV, it is quite evident that a far softer tone has recently been promoted towards Israel and a harsher tone has been adopted against the Palestinians.

There are other equally unsubtle developments occurring giving immense hope to those who wish to see regional peace and stability. For example, on major Arab TV networks such as MEMRI TV, a continuous selection of religious leaders, diplomats and politicians are praising the warming of relationships with Israel and condemning the Palestinians. Dr. Saud Kateb a Saudi diplomat was one of the most recent guests promoting this agenda and politically consistent with recent combined naval drills uniting Israel, Saudi Arabia, Bahrain and the US Navy’s Fifth Fleet. All these current developments are an anathema to Israel’s enemies, the anti-Zionist mob, the anti-Jewish NGO’s and the rabidly obsessive pro-Palestinian lobbyists globally.

Why has the tide turned so dramatically in such a short period of time?

The Islamic world is in turmoil as we witness daily in Syria, Yemen, Iraq, Afghanistan and Lebanon. The expansionism of non-Arab, Shia Iran can be seen to be at play in all these countries and the Sunni Arab caucus is determined that Iran’s expansionism must be halted. This has created the opportunity for Israel / Arab Sunni relations to develop and given the warm connections between the UAE and Israel other nations have been rapidly encouraged to follow the UAE lead. Iran is the enemy and Israel the friend. Naturally despite the low-key public support for Israel, the Biden Administration is encouraging this political agenda. Moreover, the Palestinian and Hamas support and courtship of Iran has been a major diplomatic faux pas for the Palestinians and has assisted Israel in her efforts to dilute sympathy for those wishing to eliminate her as a sovereign nation as the Palestinians do according to both their current Charters.

As I write, I am viewing social media posts, and YouTube interviews by a number of Saudi and Bahraini diplomats, religious leaders and journalists encouraging normalization of relations with Israel and vocalizing total contempt and absolute diminishing support for the Palestinians. Quite stupidly the Palestinians who have grown rich and fat on the financial generosity of the Arab Sunni block, decided to bite the hands that has fed them for decades by supporting the Iranian backed Houthis in Yemen. Given the complete change in the political climate it is impossible to see how the Palestinians can pull this gross diplomatic error back from the brink. This is possibly the reason why the more ‘moderate’ Palestinian leadership have secretly met recently with their Israeli counterparts and perhaps why the regular Palestinian ‘spontaneous’ protests have been far less violent very recently.

Further protests currently in Lebanon against Hezbollah;  the recent protests in Iraq where three hundred Iraqi Parliamentarians and religious leaders demanded normalization of relationships with Israel; unusual protests against Hamas in Gaza and the pro-Israeli protests by the Iranians opposition within various towns and cities in Iran  are having an unsettling momentum for the Palestinians and their support base.

The likes of BDS, Ireland, Amnesty et al have had their day in the sunshine and are now so burnt that terminal cancer is taking hold. We shall follow this line of logic through until conclusion.

BDS and the Republic of Ireland have Jew hatred running through their DNA and have to date mounted high profile but largely unsuccessful campaigns attempting to boycott trade with Israel. No other country warrants such special treatment from either BDS nor the Republic of Ireland. Indeed, Irish legislators would make it a criminal offence with fines and incarceration to trade with the only Jewish State in the world. BDS have had small past successes whereas the Irish appetite is tempered by threats of sanctions. Their Jew hatred however remains vocal and threatening. Given the increasing trade between Israel and their former Arab enemies, both BDS and Ireland are exposed for what they are – a Jew hating organization and a Jew hating country. There is no need to punish BDS – they will simply fade and die but for Ireland a price is being paid commercially through the very basic grassroots campaign of #BROIGAS. This stands for Boycott Republic of Ireland Goods And Services and individuals worldwide are shelving products manufactured in the Republic of Ireland, avoiding visits to Ireland, closing accounts with Irish bookmakers and financial service providers and so on. Irish Jew hatred is an historic phenomenon.

The current economic campaign #BROIGAS is the price to pay for Ireland’s Jew hatred and Nazi sympathies.

Amnesty has just completed a vile antisemitic report on Israel hailed by the usual suspects that make up the Dreyfus mob. The report through its imbecility and bigotry was so puerile that numerous governments have debunked it especially now that Hamas has fully praised it. Just to give our readers a clue as to the content of the report regarding key words.

In the 280 pages report the following key words were noted as follows:

The fact that there are over 400 mosques in Israel which is a multiracial society and has Arab Muslims and Christians working at the highest levels in all of Israeli society, including the Government and Military, was ignored by Amnesty. So too was the fact that there are no Jews nor synagogues in Gaza. So where is the apartheid?

The bias of the Amnesty staff responsible is paralleled only by their imbecility and rightly is not being taken seriously. Even those TV Channels normally very hostile to Israel are, on even the most tenuous of fact checking, too embarrassed to give the report exposure.

The tide has definitely turned and the times are definitely changing and those countries pragmatic enough to make peace with Israel will be the beneficiaries commercially and from a security perspective. The Palestinians should revise their Charters that demand Jew extermination and their supporters should rethink their opposition to Israel.  Unfortunately, antisemitism has morphed into anti-Jewish State sentiment and it is highly unlikely that the bias is capable of revision into moral decency.

King Canute drowned in an oncoming tide. The same fate will befall those who do not see, heed, sense nor hear the current tidal momentum.