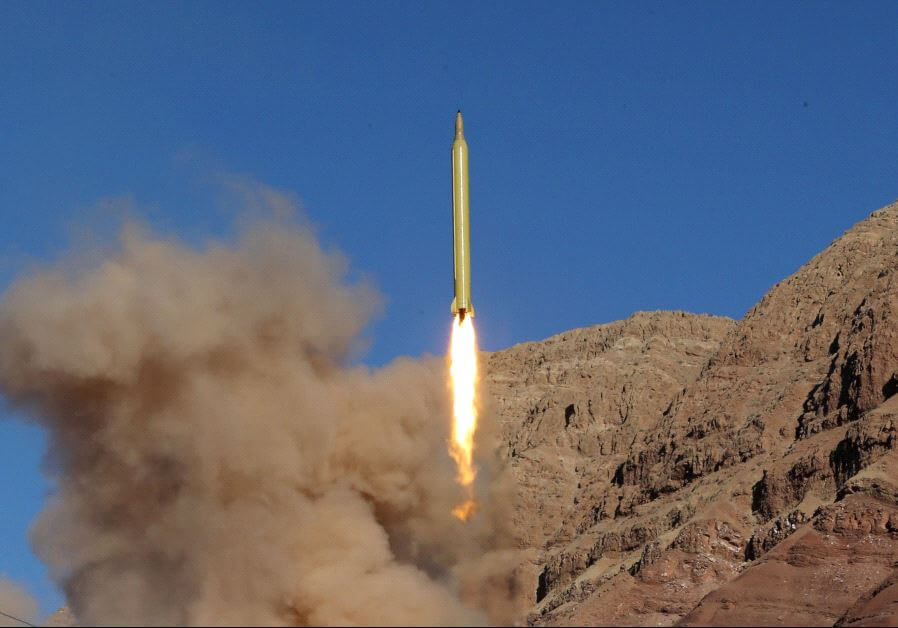 On August 27, Iran and Syria signed a military cooperation agreement.

An official visit by Iranian Defense Minister Amir Khatami came at a time when the US started pressuring Iran to leave Syria. This clearly indicates both Syria and Iran want to show off the military cooperation and connections between Tehran and Damascus in light of US sanctions and pressures on the latter. This visit again proves that each day it is becoming harder for Israel and the US to kick Iran out of Syria.

As I have been claiming for some years, Russia is also in no position to force Iran to leave Syria. Amid talks between Iran and Syria on military cooperation, one should question what will happen if Iran somehow achieves formalizing its military presence. Worst of all, what if it starts producing advanced and precision weapons in Syria, a doorstep of Israel, which is a real threat to Israel’s security? Neither the US nor Russia itself are likely to force Iran out of Syria. Therefore, Israel has only two options to secure itself from a potential Iranian aggression: Regime change in Tehran or a successful all-out war on Iran-backed Shia militias by the IDF.

In December 2017, Iranians took to the street and protested against the Islamic regime. Since then, the protests have become a new normal for Iran. From December 2017 to this day, Iranians have protested on a weekly, if not daily, basis against economic mismanagement, corruption, religious oppression and authoritarianism.

During the protests, Iranians chanted anti-establishment slogans and called for the overthrow of the government.

Among the slogans, “Death to Khamenei” and “Not for Gaza. Not for Lebanon. My life for Iran” are the most important ones to explain how fed-up Iranians have become throughout these years with the regime and its adventurous foreign policies. In this sense, the Iranian regime is now much more vulnerable than ever before.

More importantly, it now lacks legitimacy among Iranians, and the citizens see the regime, not the US, as the real reason for their misery. Considering the reimposition of US sanctions on Iran, Israel and the US have now a real chance of escalating these protests and toppling the regime.

IN THIS WAY, Israel could eliminate the threat where it was born, rather than on its own doorstep.

Throughout years since 1979, the Iranian regime has proved that it could successfully resist US sanctions. Despite the fact that Iran’s economy is experiencing its worst days, the regime could still survive by dethroning Rouhani and forming an Islamic Revolutionary Guard Corps-led (IRGC) military government, or with political and economic aid from outside, namely China, Russia and EU.

In this likely scenario, in which the regime survives and continues to entrench itself militarily in Syria, Israel will have only military option to stop Iran, which will be very costly for both sides. If Iran achieves to survive the renewed US sanctions, all-out war on Iranbacked Shia militias by Israel will be inevitable.

In recent years, Israel has shown that it is prepared to use military force against Iran in Syria by striking dozens of IRGC-operated Iranian bases. In this sense, the chance of a full-fledged war between Israel and Iranbacked forces is very high. Therefore, Israel should develop a highly pragmatic policy in this regard.

If a war is inevitable, Israel cannot allow Iran to determine the time and place of it. By looking at the map of the Middle East, one can easily see that Israel is like an island in the region surrounded by hell-fires. In Gaza, Iran-allied Hamas is continuously causing problems for Israel, both economically, militarily and politically. Lebanon is a hostage of battle-hardened Hezbollah, Iran’s main proxy army in the Middle East.

In this sense, allowing Iran to open a new front in Southern Syria against Israel would be the worst scenario and a major mistake.

If it is not prevented, Iran will surely knock on Israel’s doors at a time when it suits Iran.

Therefore, Israel should take matters into its own hands and prevent Iran from waging a potential three-front war on Israel: Gaza, Lebanon and Syria.

Russian President Vladimir Putin cannot order Iran to leave Syria. However, his historic statement – “The streets of Leningrad taught me one thing. If the fight is inevitable, you should strike first” – can teach Israel how to do this.

The writer is a research fellow at the Topchubashov Center, a think tank based in Baku, Azerbaijan.