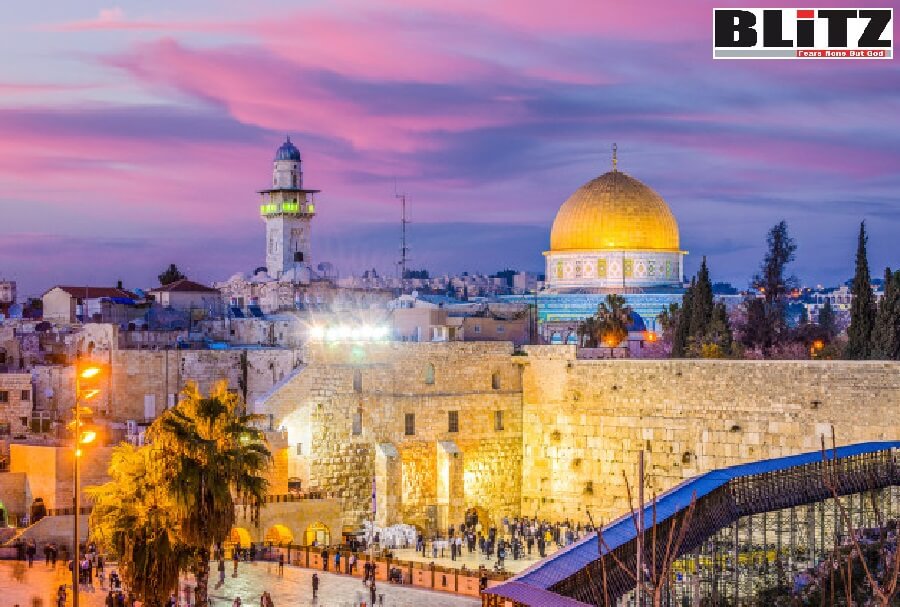 The statistics pertaining to Israeli corporate startups are staggering and are defeating the futile attempts by Jew hating political organizations and countries such as BDS and the Republic of Ireland to halt the technical excellence originating from Israel assisting the world’s most impoverished nations. Water purification systems, agricultural crop enhancement techniques, cheaper, more efficient energy processes and innovative health technology improvements are all part of the advancements created by Israeli entrepreneurs making the world a more productive, environmentally friendlier and better place for all of us. How perverse therefore and morally indecent that those who promote the boycott of Israel do so without a care for those whose lives, health and general wellbeing totally depend on innovative products and techniques developed by Jewish people in Israel.

Like him or loathe him, ex-President Donald Trump was the driving force that created the conditions necessary to promote economic and security ties between Israel and Arab countries which had previously insisted on Israel’s economic and political isolation.  Recent Arab Israeli economic development has been moving in an unstoppable upward trajectory mocking the objectives of the boycotters. Just taking a sample of recent economic data produced by Israel’s Central Bureau of Statistics evidences the dramatic growth in trade between Arab nations and Israel. The statistics even exclude services and tourism which would realistically increase the economic impact by a multiple of perhaps two to three times the recorded data. The statistics were in Israeli Shekels but I have recalculated to US dollars at the current exchange rate so that readers can better gauge the impact:

As Sudan and Chad have since become participants in the Abraham Accords the next six months should hopefully include trade statistics for them too.  Even more encouraging is the increase in trade between Israel and Egypt and Jordan where peace deals have been respected but not reflected in trade which has been disappointing. However, this has dramatically increased in line with the new Arab Israeli accords and such economic developments are unprecedented since Israel’s formal creation in 1948. The metamorphism of the regional dynamics has established an unstoppable momentum and confirms the positive inclusion of Israel within Arab geopolitical developments.

Paradoxically, there is one country within the European Union who is sickened by these new, encouraging, political paradigms and are attempting to pass legislation that would make trading with Israel a criminal offence. The Republic of Ireland have positioned themselves as champions of the Boycott, Divestment and Sanctions movement, an anti-Jewish State organization which has lost its way through a series of staggering setbacks such as the new Arab Israeli connections. Ireland are nursing the wounded Jew hating organization back to health.

The Republic of Ireland (not Northern Ireland which is part of the United Kingdom) are fixated on Jewish State selection for boycott. Only the Jewish State of Israel is in their sights for economic sanctions endorsing the antisemitism exposed in their history.

As nauseating as that reprehensible act was the fact too that they were also the only country in the world to punish their few fellow countrymen who went to fight against the Nazis and survived. On their return to Ireland these heroes lost their rights to government pensions, were not permitted to work for government, government suppliers or contractors and were physically and financially abused. Under the false and cowardly banner of neutrality, the Irish euphemism for duplicity, Ireland stooped to unprecedented levels of moral indecency which their legislators wallow in to this very day.

Pre and during WW2 so antisemitic were the Irish that their embassies were full of pro-Nazi diplomats such as Charles Bewley in Berlin and in Spain where the Irish envoy Leopold Kerney, also offered condolences on Hitler’s death. Unsurprisingly the Irish were one of the first countries to delight in and recognize the Nazi annexation of Austria in 1939.

So common was Irish immorality and antisemitism that during the 1939 – 45 war when the French Resistance pleaded with the Irish to take in five to six hundred children as refugees they refused. Believing that all the children were Jewish, Oliver J. Flanagan an Irish Parliamentarian received rapturous applause during one of the most vehemently antisemitic speeches made by any legislator in any Parliament since time immemorial. The children, not all Jewish, some were Roma and some physically and mentally disabled were all denied safe passage to Ireland on the back of Flanagan’s speech and all perished at Dachau concentration camp. In all other countries Flanagan’s actions would have been at the very least condemned resulting in excommunication from public life or more appropriately a criminal sentence. Not so in Ireland where this piece of human excrement was given the highest of honours by being made Father of the House from 1977 to 1987. Consistent with the love for Jew haters and Nazis a memorial to Flanagan was unveiled in 2005 in Mount Mellick, County Laois and attended by over three hundred imbeciles.

During and immediately after the war Ireland assisted scores of wanted Nazis escape and allowed scores more to live in open society as free men. Among those assisted by the Irish were, Andrija Artukovic known as the Butcher of the Balkans responsible for the deaths of over one million; Albert Folens, Flemish Nazi who opened up bookshops in Ireland and Pieter Menten, Dutch Nazi war criminal who developed a successful art business in Ireland.

Nothing has changed in this Jew hating geographical cesspit which has more memorials on public display to Nazi collaborators than any other country in the world.

Memorials to Nazi collaborators such as Charlie Kerins, Tom Barry and Sean Russell are just three of many such examples which are offensive to all those who made the ultimate sacrifice to rid the world of Nazism. Not so to the Republic of Ireland who mock the victims of and all those who fought against Nazism. I repeat, the Republic of Ireland to this day openly supports Nazism and makes fun of the victims of Nazism.

There is a challenge however to Ireland’s nauseating legislators in the grass roots movement #BROIGAS which stands for Boycott Republic of Ireland Goods And Services.

For all those sickened by the repulsive policy of the disgraceful Irish, one must join the campaign and boycott all Irish goods and services and definitely avoid visiting or doing business with this country.