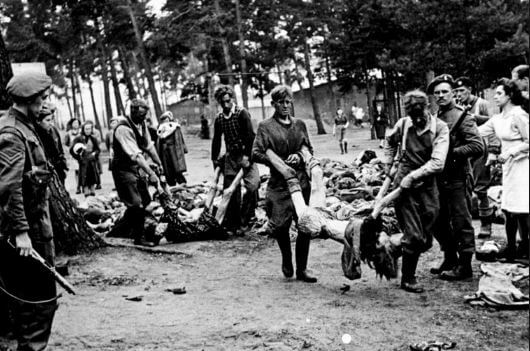 Eighty years ago on Nov. 9, 1938, Nazis across Germany and Austria, as well as their enablers, razed synagogues, smashed windows and murdered almost 100 Jews in a violent pogrom known as Kristallnacht (“Night of Broken Glass”).

In the weeks that followed, approximately 30,000 Jews were transported to concentration camps—a sorrow foreshadowing of the further evil that would soon befall the Jewish people.

Kristallnacht was a murderous example of the human capacity to escalate from indifference, demonization and the singling out of Jews to violence. First it happened by words and through dehumanization based on our race and religion, and then through the Nazi infrastructure of death.

On Oct. 27 in Pittsburgh, a neo-Nazi entered the Tree of Life*Or L’Simcha Synagogue during Shabbat-morning services and murdered 11 Jewish worshippers, shouting “all Jews must die.”

The week before, notorious hate-preacher Louis Farrakhan called Jews “termites,” while some influential leaders on the left, like Linda Sarsour, continue to hide behind their supposed human-rights shield as an excuse to spout their vile anti-Semitism, twistedly couched in false claims and malicious distortions of Zionism and attacks against the Jewish state.

In fact, according to the Anti-Defamation League, 2017 saw a 57 percent spike in anti-Semitic incidents in the United States—the highest number recorded (1,986) in more than two decades. Even if there were problems with those numbers, with 2018 drawing to a close, all signs point to this year exceeding 2017.

In the meantime, across the Atlantic, Europe remains a hotbed of anti-Semitism, anti-Zionism and outright Jew-hatred.

In France, the largest Jewish community in Europe, this year there was a 69 percent increase in anti-Semitic acts. Only this past week, French President Emmanuel Macron had proposed to honor Nazi sympathizer Marshal Philippe Pétain, who had collaborated with the Nazis in the deportation of Jews from France during World War II and as such was responsible for the deaths. Consider this: “While he was the prime minister of the collaborationist government Vichy France, Pétain’s government and police force deported more than 75,000 French Jews to concentration camps. More than 72,000 of them were killed.”

Across many parts of Central and Eastern Europe, there are similar attempts to whitewash those country’s Holocaust-era roles and honor Nazi sympathizers.

Meanwhile, in the United Kingdom, it is impossible to go a single day without news of an anti-Semitic controversy in Jeremy Corbyn’s Labour Party. In fact, the situation has got to the point where the British police have launched an investigation into anti-Semitic hate crimes committed by members of  Labour.

While Germany, which gave birth to Kristallnacht, anti-Semitic acts continue to be a daily occurrence.

As the great Spanish American philosopher George Santayana said: “Those who cannot remember the past are condemned to repeat it.”

This singling out of Jews—and by extension, the Jewish state—represents a collective form of amnesia and a willful disregard of history, indicating that perhaps for too many, very little has been learnt from history.

It is a pernicious hatred, like a cancer, that refuses to go away and continues to mutate, evolve and spread throughout society.

For some, the phrase “Never Again” is no more than an empty slogan. But not for us, not for the Jewish people, and not the Jewish state or those with a clear moral conscience.

Today, we remember our Jewish brothers and sisters murdered in Kristallnacht by the Nazi machinery of death, while so many of their fellow citizens stood idly by, cheering on and enabling this singularly great act of evil.

But even remembrance, albeit imperative and necessary, is not enough alone. We must speak out, we must act out, we must never remain indifferent in the face of such hatred, bigotry and anti-Semitism—no matter its source!

Arsen Ostrovsky is an international human-rights lawyer, and a noted writer and expert on anti-Semitism.