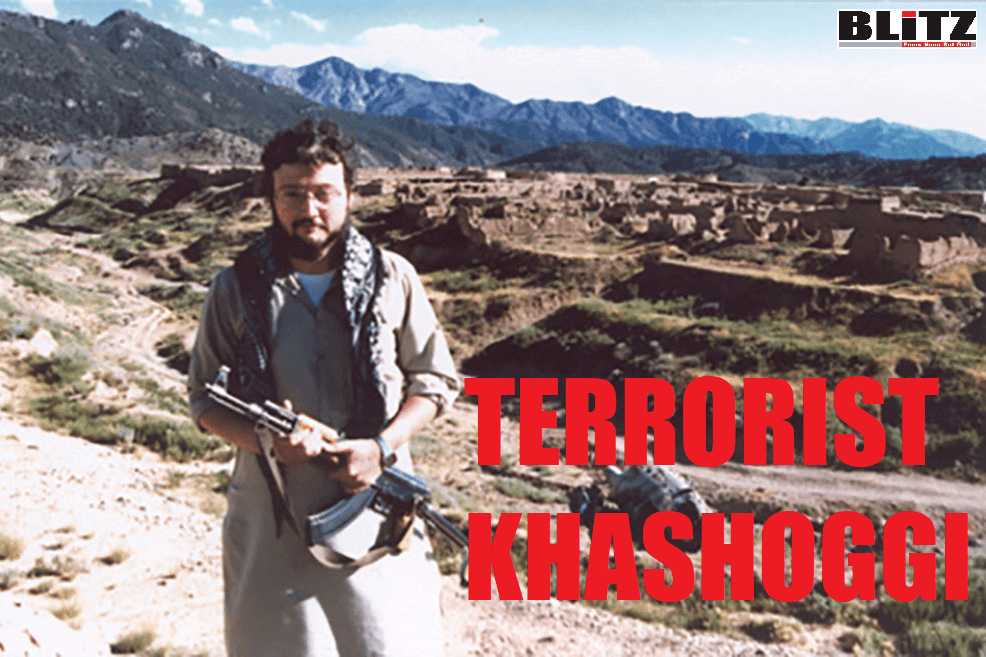 Internationally acclaimed journalist Caroline Glick in her recent article titled ‘The Khashoggi Passion Play’ wrote: The Biden administration’s decision to publish the intelligence report on Jamal Khashoggi’s death in late 2018 was as predictable as it was destructive to U.S. national security and to the security and stability of the Middle East.

Commenting on Khashoggi case, eminent scholar Robert Spencer said: This is absolutely true, and is the salient point in this case: Khashoggi’s job was to “discredit MBS and legitimize the terror-supporting Qataris while making pro-jihadist progressives feel good about themselves. I’m not saying his murder was justified. I am saying he doesn’t deserve the tears of anyone who opposes jihadist terror and jihadist regimes, cares about human rights or wants to avoid a major war in the Middle East.”

So why is Biden publishing this report showing that MBS may have been involved in Khashoggi’s murder? Because Khashoggi was Muslim Brotherhood, and the Muslim Brotherhood lobby is very strong in the U.S., as all the major Muslim organizations in this country are linked to the Brotherhood. The Brotherhood hates the Saudi regime, as it is a chief obstacle to its dreams of a caliphate in the Middle East. The Saudis also oppose Iran, which Biden’s handlers are so very anxious to appease. Thus Biden’s handlers had two reasons to betray Saudi Arabia. Meanwhile, if they’re naive enough to be looking for a governing entity in the Islamic world that is not brutal and repressive, they’re going to be looking for a long time.

Yes, Joe Biden and members of his establishment are eager to appease Iran, a terror-patron nation along with most of those radical Islamic militancy outfits in the Middle East, including Hamas, Hezbollah and Muslim Brotherhood. Biden and his “running mate” Kamala Harris had repeatedly expressed their firm determination in doing everything within their capacities in beginning new chapter of romance with the Iranian mullahs and their band of terrorist forces. They already have given fresher life to Houthi terrorists in Yemen by removing its name from the list of terrorist groups. The actions of Biden-Harris evidently prove – they want to ensure establishing reign of terror in the Middle East, with the active help from their darlings in the Iranian regime as well as within Hamas, Hezbollah and Muslim Brotherhood.

Karoline Glick in her article has elaborately explained the reason behind Biden administration’s abrupt declassifying of the bogus intelligence report centering the murder of Jamal Khashoggi. She wrote: Obama’s consistent policy for eight years was to side with the jihadists. Obama’s anti-colonialist worldview bred his anti-Western sensibilities. He and his neo-Marxist advisors viewed the jihadists as the “authentic” voice of the Islamic world. They were favored because they were “revolutionary” and anti-Western. In every conflict that pitted either conservative Sunni leaders, Iranian anti-regime forces, or Israel against jihadists from Hamas to Hezbollah, to the Muslim Brotherhood and the Houthis, to Iran, Obama and his people supported the jihadists. For this reason, Obama admired both Turkish dictator Erdogan and the Qatari ruling family. Like him, they supported jihadists.

Saudi Crown Prince Muhammed Bin Salman (MBS) and Crown Prince Mohammed Bin Zayed (MBZ) from the UAE were big problems for Obama, Robert Malley and their ilk. They appeared out of nowhere.

Young and vigorous, they seek to liberalize their conservative societies. They are deeply opposed to Iran and the Muslim Brotherhood. They are open to peace and cooperation with Israel. They support Israel in its campaigns against Hamas and Hezbollah. And they are certainly “authentic” Arab Muslims. When the UAE declared the Muslim Brotherhood, and Obama’s key supporters and ideological allies at CAIR terrorist organizations, Obama and his comrades were so angry they could barely put together a coherent sentence.

This brings us to Khashoggi. As Lee Smith reported after he was found dead in the Saudi consulate in Turkey, there were a lot of things about Khashoggi that made him a strange hero for Americans of any stripes. He was a Qatari agent of influence. He was a former Saudi intelligence officer who sided with the Wahabist jihadists in the royal family who supported al Qaeda. He was friends with Osama bin Laden and mourned his death. The al Qaeda, ISIS, Iran and Hamas supporting Qatari regime was essentially writing his columns in the Washington Post.

On its face, Khashoggi’s receipt of a green card made no sense given his open support for al Qaeda. On its face, his gig as a columnist at Jeff Bezos’s paper made no sense given his relationship with Saudi intelligence and with the Qatari ruling family. But they made perfect sense in the context of the efforts made by Obama’s deep state friends, particularly former CIA director John Brennan, who opposed MBS from the outset to empower the Muslim Brotherhood and the Iranian regime.

When seen in this light, it is clear that Khashoggi, a terror supporting Qatari agent who opposed the modernizing, pro-American, anti-jihadist and pro-Israel Saudi Crown Prince was an important political warfare asset for Obama’s clique. His job was to discredit MBS and legitimize the terror-supporting Qataris while making pro-jihadist progressives feel good about themselves.

I’m not saying his murder was justified. I am saying he doesn’t deserve the tears of anyone who opposes jihadist terror and jihadist regimes, cares about human rights or wants to avoid a major war in the Middle East.

Whatever Khashoggi’s ties with Obama’s clique during his lifetime may have been, the way they responded to his murder made clear what they hoped to do with his death. They wanted the old, bad Saudi Arabia back. They wanted the Muslim Brotherhood funding, al Qaeda-spawning Wahabists of Riyadh back. They wanted the Prince Bandars and Prince Turkis of the days of yore, not the guy that gave women drivers licenses.

They immediately set out lionizing Khashoggi as some sort of Nelson Mandela so that they could turn MBS into Hitler or whatever. As Smith reported in another article, Robert Malley, who is now in charge of Biden’s Iran policy, was the first pushing the line that in response to Khashoggi’s death, the U.S. should end its support/alliance with Saudi Arabia in retribution and side with the Iran-controlled Houthis against Saudi Arabia.

The entire article by Caroline Glick can be read here.

What I want to say is – anyone who is against jihad and terrorism should not join the voice of Biden and those American left – including yellow journalists in using the Khashoggi case against Saudi authorities. People like Khashoggi do not deserve support from any of us. If we are to mourn or condemn his death – then we may also condemn the death of Osama Bin Laden. After all, both are from the same ideology.