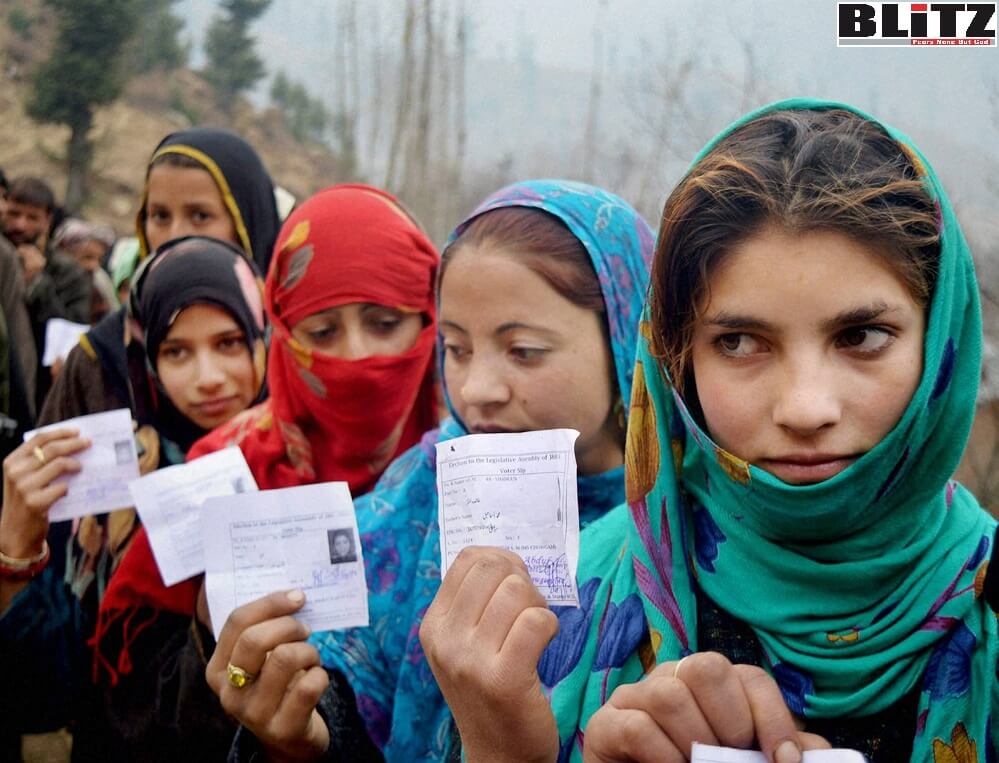 These developments frame the broader picture of Jammu and Kashmir, in which its people, enabled by their government, are working to realize the region’s true potential. They have already made rapid progress in the short period of two years. The government of India, in collaboration with regional stakeholders, is embedding Jammu and Kashmir’s crown with the jewels of democracy, equality and economic growth, which it has been deprived of since independence. Writes Ritu Yadav

For decades, Jammu and Kashmir has figured in discussions across the world for all the wrong reasons. However, the historic decision of the government of India to reorganize the state on Aug. 5, 2019, has rejuvenated the region’s unique elements of “insaniyat” (humanity), “jamhooriyat” (democracy) and “Kashmiriyat” (the identity of the people of Kashmir).

The Jammu and Kashmir Reorganization Act has brought in grassroots democratization, social equity and economic empowerment, the majority of which has been enabled through the application of progressive central legislations that residents of the region were hitherto deprived of. As a result, the people of Jammu and Kashmir have overwhelmingly supported the decision and have enabled these changes by participating in and contributing to the positive developments made under the act.

One of the most important results of this historic decision is the wider percolation of democratic values in the region. Last year’s District Development Council elections in the Union Territory (UT) — in which more than 3 million people voted, including marginalized groups such as Valmikis, refugees and scheduled tribes — established a fully functional three-tier local self-government structure in the territory. This paved the way for “Gram Swaraj” (self-rule in villages) in the region, a vision of Mahatma Gandhi that gives more power to the people, from planning to implementing developmental initiatives.

Additionally, due to the applicability of central laws, the socioeconomically disadvantaged sections of the society, including the tribal communities that account for about 12 percent of the population, will benefit from the reservation of assembly seats to gain a political voice in the decision-making process for developing the UT. Aside from this, the decision has brought inclusive governance to Jammu and Kashmir, with 33 percent of roles in local self-government institutions reserved for women, facilitating their participation in the political arena.

Another positive development of the reorganization has been the social empowerment of underprivileged sections of society, such as women and minorities. Subsequent to the reorganization, 106 people-friendly central laws and nine constitutional amendments are now applicable in the region, including the Protection of Women from Domestic Violence Act, the Prohibition of Child Marriage Act, the Forest Rights Act, and the National Commission for Minorities Act. The reorganization has also given women equal property rights and reservation to minorities in education and employment, which will enable their socioeconomic upliftment on a par with the other states/UTs of India.
For the economic development of the region, the government has taken several steps to boost agriculture, infrastructure and the industrial sector. Innovative programs like e-markets for apple trade and a market intervention scheme to ensure direct payment to cultivators have increased incomes for the apple farmers of Jammu and Kashmir. Furthermore, there has been a paradigm shift in cultivation, harvesting and marketing to increase the production and sale of other popular farm products from the region, including saffron, tulips and mushrooms. On similar lines, the recent geographical indication tagging of the globally renowned Kashmiri saffron will boost its exports and secure its unique identity. The government has also given much-needed impetus to the agriculture, horticulture, sericulture and handicrafts industries, paving the way for development in rural Jammu and Kashmir.

On the infrastructure front, the arch of the world’s tallest railway bridge — over the Chenab River as part of the Udhampur-Srinagar-Baramulla rail link project — was completed in Jammu and Kashmir in April. The bridge, built at a height of 359 meters, is taller than the Eiffel Tower. It will connect the Kashmir Valley with the plains and hence ease the movement of people and freight, enabling economic development. Projects such as the Jammu-Srinagar-Ladakh highway will make all-weather travel possible in the region.

In the field of hydro power, the UT is adopting the innovative run-of-the-river approach, which will minimize the environmental impact of projects while providing electricity in remote areas. Out of 54 infrastructure projects identified for the region under the Prime Minister’s Development Package, 20 have already been completed. This focused policy approach has transformed Jammu and Kashmir by improving its infrastructure and connectivity, despite the difficult terrain and weather.

In the urban domain, Jammu and Srinagar are being developed as modern, sustainable smart cities. In addition, 500 projects worth $80 million have been completed and several projects, such as a light rail transit system and IT parks, are in the pipeline. Meanwhile, the tourism sector is also bound to flourish with the removal of Article 370, which — coupled with the government’s thrust on regional infrastructure development — will enable quick recovery of the region in the post-pandemic era. In fact, Jammu and Kashmir’s economy is projected to grow by 7.5 percent this financial year.

The government of India intends to create a local industrial base in the region, replicating the success story of the neighboring hilly state of Himachal Pradesh. The Jammu and Kashmir Industrial Policy 2021-30, in effect from April, will act as a facilitator and provide incentives for industries to set up units in the region. Steps such as the new land policy and a single-point clearance system are improving Jammu and Kashmir’s ease of doing business ranking and will support its industrial development. Simultaneously, the government has launched skill development programs that will train local youths according to the employment market’s requirements. The government has also accelerated the recruitment of Jammu and Kashmir’s youth and has already advertised 10,000 jobs, which will be followed by 25,000 more in subsequent phases. The government’s recruitment process favors residents of the area, along with other disadvantaged sections of society.

The IT revolution in India, which could not reach Jammu and Kashmir before 2019, is now progressing rapidly in the region, providing easy and transparent digitized governance, along with other commercial services. Last month, the local government institutions at the village level in Jammu and Kashmir were digitally integrated, allowing government services to be provided to the doorsteps of rural households. Similarly, the government’s renewed push for creating IT labs and computer-aided learning centers, along with the Knowledge Network Program of Jammu and Kashmir, has allowed children to access educational content online.

Furthermore, such digital integration in remote areas has helped in providing basic health services online, which is vital to the coronavirus disease management efforts in the region. Unique ideas like a mobile application for grievance redressal and digitizing day-to-day activities, such as ration procurement and business registration and certification, have already been implemented in Jammu and Kashmir and have improved the standard of living for its people.

There is no doubt that, due to the constitutional amendment made two years ago, the region — whose development had stagnated for seven decades — has witnessed rapid economic progress.

The previously ignored sectors of health and education have also benefited from the policies of the Indian government, which have improved their quality and made them more accessible and affordable. For the comprehensive development of future generations in the region, 50 new educational institutions offering 25,000 seats have been established in the past two years, which is the largest such expansion in Jammu and Kashmir in the last seven decades. The fundamental right to education, which is now applicable to Jammu and Kashmir, has ensured access to education for all students in the region.

On top of this, more than half a million students have taken advantage of government scholarship schemes, which is a four-fold increase on an annual basis. A student health card scheme has also been launched to provide better healthcare for students in the region. And several prominent higher education institutions, including the All India Institute of Medical Sciences, will be established in the region to provide quality education to the youth of Jammu and Kashmir.

To ensure healthcare services in the region, Prime Minister Narendra Modi recently launched Ayushman Bharat Pradhan Mantri Jan Arogya Yojana, which will extend health insurance coverage to the people of Jammu and Kashmir. During the pandemic, 17 dedicated coronavirus disease (COVID-19) hospitals have been set up to provide adequate isolation and intensive care units. Meanwhile, 85 percent of healthcare workers in the region have already been vaccinated for COVID-19 and, in nine out of 20 districts in the UT, all people aged over 45 have received at least a single dose of vaccine. In fact, Srinagar is one of the 16 Indian districts to have been recognized for best practices in the management of the pandemic.

These developments frame the broader picture of Jammu and Kashmir, in which its people, enabled by their government, are working to realize the region’s true potential. They have already made rapid progress in the short period of two years. The government of India, in collaboration with regional stakeholders, is embedding Jammu and Kashmir’s crown with the jewels of democracy, equality and economic growth, which it has been deprived of since independence.