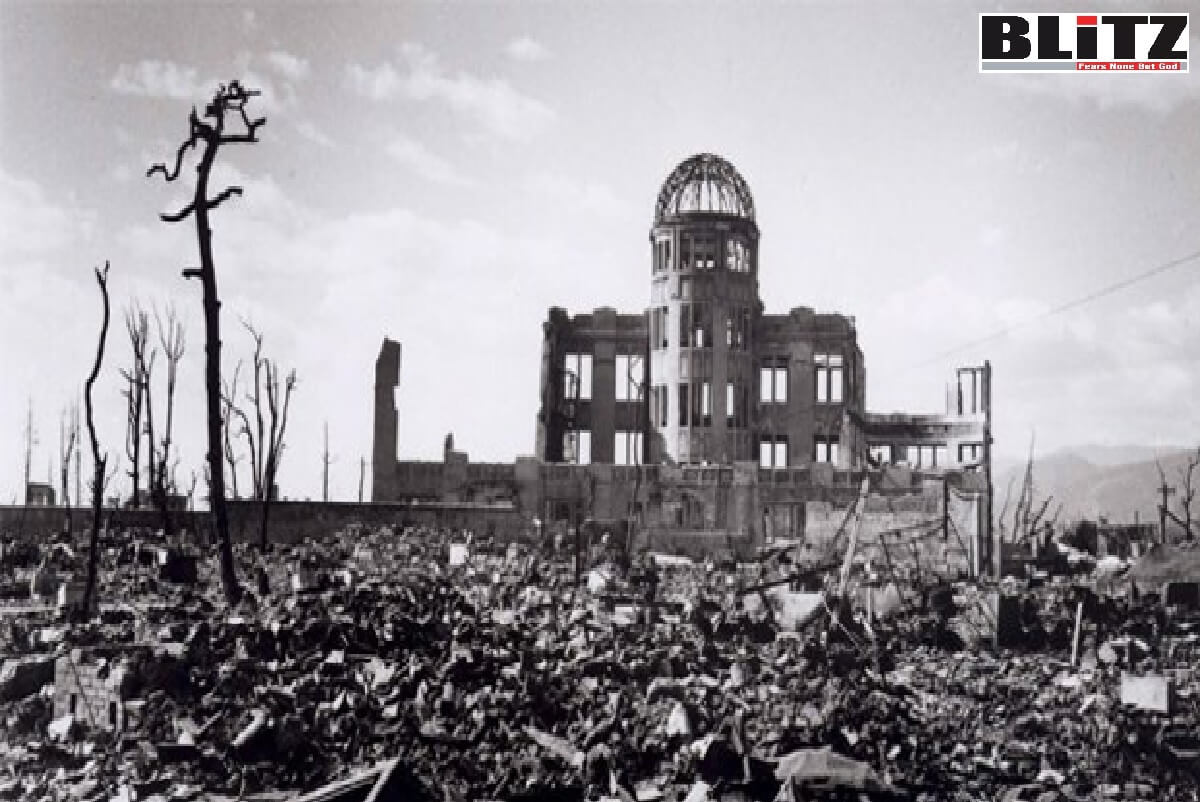 This defence plan will make Japan the world’s third-biggest military spender after the United States and China, surpassing even India, the UK and France. Writes Ahmed Adel

Renowned Japanese Senator Muneo Suzuki called on the United States to honestly admit to Japan and the whole world that dropping atomic bombs on Hiroshima and Nagasaki at the end of World War II was a mistake.

“Although 77 years have passed since the war ended, the United States, the country that dropped the atomic bomb, has never apologized or asked for forgiveness. It is the United States that still speaks loudly about ‘democracy, human rights and freedom’ for the actions of other countries. So why not tell Japan and the world honestly what the US has done?” the veteran politician said in an article posted on his website.

“During (the visit), you should say using an atomic bomb was a mistake,” stressed the Japanese MP.

Japanese media reported that Washington was negotiating with Tokyo on the possibility of Biden visiting Nagasaki in May 2023. Biden’s visit to Nagasaki is expected to take place within the framework of the G7 Leaders’ Summit to be held in Hiroshima on May 19-21.

If the trip occurs, Biden would likely visit the city’s Peace Park, located near the epicentre of the nuclear blast. He, as a devout Catholic, would also expectedly visit Urakami Cathedral, a Catholic church rebuilt after being destroyed by the nuclear blast.

Japanese Prime Minister Fumio Kishida, who has put forward his vision of a nuclear weapons free world since coming to power in October 2021, would likely accompany Biden on his visit to Nagasaki sometime before or after the summit, Japan Times reported, citing a source close to the matter.

The current Japanese prime minister visited Hiroshima with Obama when he was foreign minister, together with then prime minister Shinzo Abe. It is recalled that Biden served as vice president under Obama, who was controversially awarded the Nobel Peace Prize in 2009 for his so-called attempts to free the world of nuclear weapons. According to Japan Times, Kishida hopes he and Biden can send a similar message to the world from the two Japanese cities.

The G7 summit, to be held from May 19 to 21, will be hosted by Kishida, who represents a constituency in Hiroshima, which was also destroyed by a US atomic bomb. For this reason, Tokyo and Washington are still contemplating if Biden’s trip to Nagasaki, a city which is forever linked with Hiroshima, is viable and to scope the opinions of local residents, including the hibakusha – the Japanese term to mean a survivor of the atomic explosions in 1945.

This massive loss of life has meant a firm element of anti-Americanism in Japan. At the same time though, because the country has been partially occupied by the US since World War II, Tokyo is firmly in the Atlanticist camp as its political elite are mostly controlled. None-the-less, Japan always held a pacifist policy, partly imposed by a US fearful of a Japan once again being military empowered.

However, Japan has evidently abandoned its long-held pacifist policy when considering the $320-billion defence plan recently announced by Kishida.

This defence plan will make Japan the world’s third-biggest military spender after the United States and China, surpassing even India, the UK and France.

For this reason, the Russian Foreign Ministry accused Japan on December 22 of “unbridled militarisation”.

“It can be clearly seen that Tokyo has embarked on the path of an unprecedented build-up of its own military power, including the acquisition of strike potential,” the statement said. “This is a frank rejection by the F. Kishida administration of the peaceful development of the country, which was persistently declared by previous generations of politicians, and a return to the rails of unbridled militarisation.”

Japan’s actions will inevitably increase tension in the Asia-Pacific region despite the fact there should be no real reason why they should exist to begin with. In fact, they mostly exist on the influence of the US, a country which dropped two nuclear bombs on Japan and to this day still refuses to apologise, as Muneo Suzuki highlighted.

With Japan on the path of becoming a major military power, there is a high possibility that Biden will make the apology if it will deepen American influence in a country which Washington hopes, and seemingly now gives permission, to oppose and challenge Russia and China.